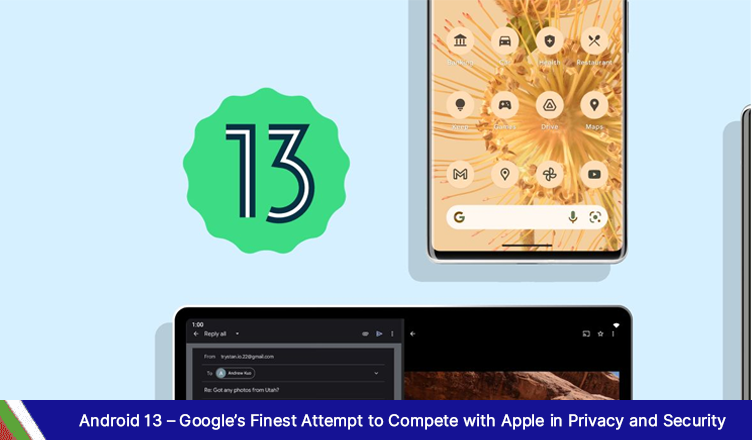 Apple’s ecosystem has vastly superseded Google in terms of hardware and software security. We all have heard this somewhere. But whether it’s actually true or just one big facade, we all can agree that Apple’s mammoth PR strategy has put the scales in their favor. The now-popular opinion is that Apple offers better device security. That is why many security protagonists prefer iOS over Android. But if it comes to providing high-end privacy and security features, Google has taken many breathless laps to stand tall next to Apple. And this becomes obvious when you break down Google’s recent keynote events. While Apple might have a lead in the data privacy department, Google’s profound device security enhancements can’t be left unnoticed.

This article will elaborate on everything related to Google’s new privacy and security features. So, hold on, and read further to get more in-depth knowledge about how Google will protect your data and improve your privacy.

Google’s attestation feature was first introduced in the Android 8.0 update, which has seen many increments over the next years. This time, Google is bringing a disruptive change to it. You can now replace the ongoing, in-factory private key provisioning with the in-factory public key extraction and over-the-air certificate provisioning.
The all-new, over-the-air provisioning is called Remote Key Provisioning, which will make the attestation feature more secure and reliable. Now, it will be much easier to perform vulnerability recovery as Google is in full charge of it.

Google has been facing memory safety issues for the past several years. These issues eventually lead to vulnerabilities in the operating system. Languages like C/C++ face some key issues when it comes to memory safety. The latest Android versions require more efficiency and flexibility. To deal with this, Google is adding Rust Programming Language to its Android operating system. It will ensure robust privacy and security.

Android developers with less cybersecurity expertise unintentionally introduce vulnerabilities into the applications. These vulnerabilities include insecure broadcast receiving. Hackers can easily exploit such loopholes. With Android 13, Google is going to make receiver broadcasting much safer.

Now, you can restrict receiver broadcasting export. It will stop other applications from sending unprotected broadcasts to your application. This feature will provide more security to the end-user.

Android 13 brings a new photo picker that offers exciting features to enhance your data privacy and security. With this new feature, you can restrict different applications from accessing your entire drive.
The only file that you select will be accessible to the application. The news of the new photo picker has been making rounds since the Google I/O event 2022.

Putting an end to annoying notifications

After tapping on the Wi-Fi or data connection icon, your smartphone fills the notification bar with unnecessary notifications.
Google is finally putting an end to this. You will now be able to confine irrelevant notifications from different apps at the time of application installation.

All the described features are clear evidence of Google’s dedication to providing top-notch privacy and security to its users. If you are too cautious in this regard, you can acquire additional services from other companies to ensure your data privacy and security.