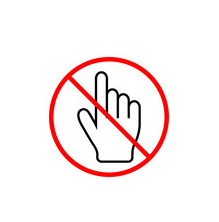 YouTube, one of the largest platforms on the planet, was brought under heavy scrutiny after Logan Paul, arguably one of the trendiest if not the biggest creator on the platform, posted a disgusting video where he showcased a video of someone who killed themselves in Japan’s notorious “Suicide Forest”. Not only did he post the video as a video blog on his YouTube channel, he featured the dead body he found in the thumbnail of the video. Even the title was “We found a dead body in the Japanese Suicide Forest”.

The original video, not including uploads got ever six million views, most of Logan Paul’s audience was fine with the video, it received over 456k likes and was #1 trending on the YouTube trending page. The community outside his fan base was disgusted and appalled and there was a lot of backlash to the point of becoming international news.

YouTube’s Responsibility as a Platform

You might not know who Logan or Jake Paul are or what Team 10 is but rest assured your children probably do. If you think that your child won’t try and replicate the behavior they see on YouTube when they watch these sort of channels then you are very wrong. YouTube’s entertainment has replaces TV as the sole provider or entertainment. So for kids, who used to watch TV all the time, now spend that same time on YouTube.

So in a way, YouTube is like Disney Channel or Cartoon Network or Nickelodeon but one slight difference, it’s like Disney but sometimes with dead bodies.  Imagine watching your child’s favorite TV show with them and suddenly this someone hanging by a tree appears in the show. Won’t you be mortified? Wouldn’t you feel the need to keep your child away from that channel? If Disney Channel were to do this, don’t you think they would face endless repercussions?

These sort of channels advertise themselves as a daily episodic show, so they should also be treated like one, repercussions alike.

YouTube’s official response came a few days later. This is what they said:

“An open letter to our community: Many of you have been frustrated with our lack of communication recently. You’re right to be. You deserve to know what’s going on. Like many others, we were upset by the video that was shared last week. Suicide is not a joke, nor should it ever be a driving force for views. As Anna Akana put it perfectly: “That body was a person someone loved. You do not walk into a suicide forest with a camera and claim mental health awareness. We expect more of the creators who build their community on @YouTube, as we’re sure you do too. The channel violated our community guidelines, we acted accordingly, and we are looking at further consequences. It’s taken us a long time to respond, but we’ve been listening to everything you’ve been saying. We know that the actions of one creator can affect the entire community, so we’ll have more to share soon on steps we’re taking to ensure a video like this is never circulated again.”

Now see, that’s all fine and dandy, but when YouTube mentions that “we acted accordingly”, that’s where a lot of people had an issue. Because they didn’t! The video must have received dozens of flag reports from people who viewed the video 6 million times. Why wasn’t it removed right away?

You could give YouTube the benefit of the doubt by saying that it is a massive platform and running things is complicated. But for an issue as simple and singular as this, where the thing to do is the easiest you can and Logan Paul, being one of the trendiest Youtubers today couldn’t have not alerted someone.

There’s no real defensive here.  YouTube is hailing this as their victory, “we did what we were supposed to do” but there was nothing done by Youtube.

Do you really know what your child watches on YouTube? Who they follow? YouTube is no doubt an amazing platform that has some of the best creators, influencers and personalities that are an actually real role model for anyone looking for someone to look up to. But same goes for the opposite. YouTube is house to some of the most obnoxious, disrespectful and just plain bad people.

The people who watch these types of YouTube channels tend to follow and do what these people do, which is being obnoxious, loud and disruptive. It is very hard to convince children otherwise because to them, these YouTube personalities are their idols, someone who they keep on a pedestal.

As the parent/guardian, you need to be aware of the toxic behavior that your child might adopt after watching these YouTube shows. You need to be on top of what they watch and you need to discuss it with them as well.

The Logan Paul controversy was obviously some of the most talked about issues during it’s time. Everyone well acquainted with YouTube knew what had happened. Now imagine a classroom of children, some of them Logan Paul fans, some of them not, arguing to settle who is right and who isn’t. If you think that this situation is hyperbole and won’t happen, you underestimate the amount of involvement children have.

What should happen is that parents should be aware of what type of media their child is consuming and how parents, teachers and institutions handle events like these with children.