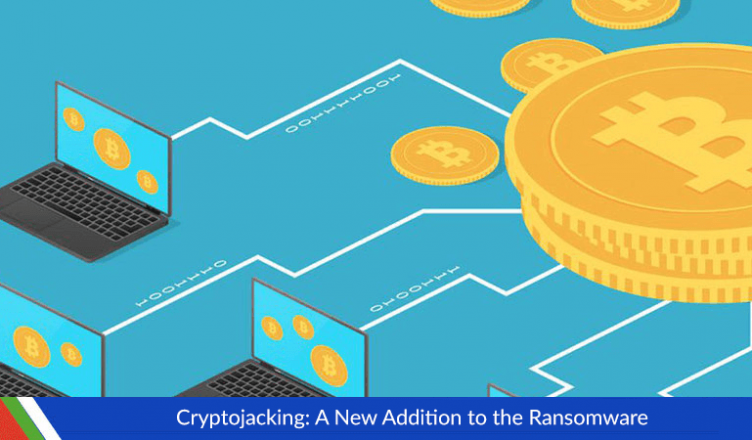 Cryptojacking is the new trick under the sleeves of cybercriminals around the world. Although new to the cybercrime arsenal, it is quickly establishing itself as one of the biggest computer threats out there. This phenomenon gathered pace due to the current cryptocurrency explosion.  According to a midyear report by Trend Micro, the number of crypto mining attacks for the first half of 2018 was almost double the number of similar attacks during the whole 2017.

You must be familiar with crypto mining; a legal way to earn cryptocurrencies. Cryptojacking, however, is a different thing. Cybercriminals are exploiting this technique to earn profits off your gadget, without your knowledge.

Cryptojacking is the latest security threat that can lead to some major security issues. Here is everything you want to know about this new cybercrime trend.

To understand cryptojacking, you need to get familiar with crypto mining first.

In simple terms, cryptojacking is instrumental in running the massive computational horsepower and energy required to maintain and validate a cryptocurrency’s transaction network and the blockchains.

Since cryptocurrencies are not regulated by the central authorities like central banks, this electronic currency requires the public help to secure it. To compensate “miners,” an extra Bitcoin is rewarded to them whenever they verify a new transaction block.

But is it this easy to earn? Bitcoin mining takes a lot of effort and requires the “miners” to solve complex math equations. There is loads of computer processing activity in the background and the hardware consumes a lot of electrical power. As per the stats, one Bitcoin transaction consumes energy equal to boil about 36,000 kettles of water!

However, clever programmers have found another way to publicly outsource the processing power needed for crypto mining. Instead of establishing servers for crypto mining, cyber criminals are using user’s web browsers for this activity. It is more like a botnet except that it is used for mining cryptocurrencies instead of performing denial of service attacks.

You must be wondering how a cryptojacker makes his way into the user device. Cybercriminals sneak in using a hidden software thus secretly using the gadget’s processing power to mine cryptocurrency. This hidden software can be introduced through apps and website ads that use JavaScript. In a worst-case scenario, a cybercriminal can inject a code into the legitimate websites without the publisher’s knowledge and infect the entire public network in the process.

This is what cryptojacking is all about. With this malicious activity, some sites may be making money off your gadget without your knowledge.

Why are Android phones more vulnerable?

According to a research report by the ESET security firm, cryptocurrency scams are more widespread on the Android platform. The third-party apps, fake apps, and Android’s vulnerability to malware have been cited as some common reasons behind this.

Although Google is beefing up its software protocols in Google Play Store and Chrome Web Store, it is the Android user’s ability to sideload apps from unknown sources and grant system permissions to sketchy programs that can be exploited by the cybercriminals.

Indications of a cryptojack attack on your smartphone

Although a cryptojacking attack is done in the background without being detected, there are some tell-tale signs to recognize it:

Is there a way to prevent it?

The first step in protecting yourself against any such threat is to avoid downloading and installing apps from “unknown sources.” Best would be to download the apps from the official Google Play app store. Even if you are downloading it from the app store, read the user reviews before downloading.

Additionally, never grant any surprise app permission requests that randomly pop up on your phone.

Secondly, beware of the websites and links you visit. Drive-by malware is easy to penetrate and can happen anytime without you knowing it. Be careful with unknown texts, emails, and websites that display messages “Install and update your video plugins.”

Finally, staying away from the questionable content online and making sure that your Android’s Google Play Protect is up-to-date can help you in containing malicious apps before they can cause any damage.