Skip to content
XNSPY Official Blog > Parents & Cyberbullying - New > Drawing Limits on Parental Phone Monitoring – When Does It Become Too Much? 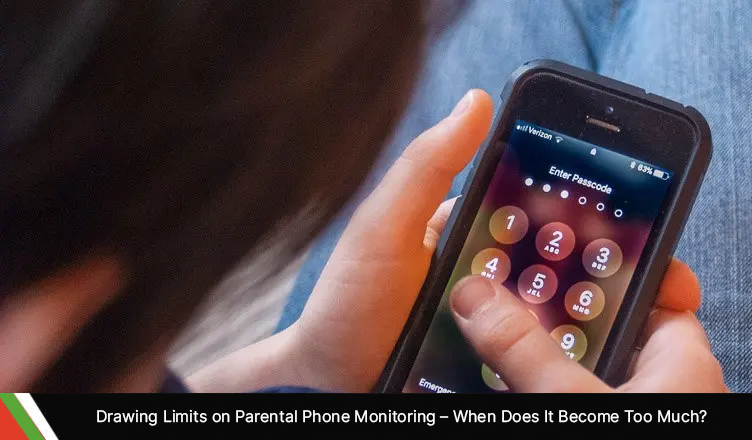 Keeping a watchful eye on your children is a challenging task for any parent, let alone one without the resources to physically be present with their child full time. With the increasing use of smartphones and technology in society, we have seen more and more apps designed specifically for monitoring children and young teens who may wander off into less-than-desirable online territory. These parental control apps provide useful functions such as blocking inappropriate websites as well as monitoring text messages, chat logs, phone calls, and GPS locations. These apps also allow you to limit the amount of time your child spends on their phone each day.

Smartphones and the risks associated with them

Smartphones are powerful devices that combine communication with entertainment. Because of the fast rise in smartphone use, smartphone addiction has become a serious public health problem among teenagers. According to research, teen smartphone users have a significant risk of developing serious psychopathological difficulties. Problematic behaviors, physical symptoms, attention impairments, melancholy, and hostility are examples of these difficulties.

Children’s sleep patterns are substantially impacted by screen use as well, which can disrupt their social and mental development. Smartphone use also increases the risk of cyber-sexual conduct, cyber-verbal aggression, and cyber-sexual delinquency in children.

Because of their widespread availability and low cost, smartphones have touched even children from lower socioeconomic situations. Furthermore, little study has been done on smartphone use and its negative repercussions among the young belonging to lower social classes.

Why parents may use remote monitoring apps?

Children are particularly vulnerable to malware and phishing attacks. To fight this, some firms are now giving users applications that can help kids from becoming prey to internet frauds. These apps allow parents to monitor their children’s activities remotely at any time.

Parents may use monitoring software to keep track of their children’s online activities and safeguard them from ransomware. They can utilize the browser tracking capabilities of monitoring programs to ensure they don’t visit any suspicious websites or click on malware-infected links. These applications can also aid in the reduction of cyberbullying incidences on social media. It includes safeguarding children from internet abuse, cyberbullying, and stalking via restricting their social media use via monitoring apps.

XNSPY, one of the best parental control apps for 2022, can record and monitor children’s phones and physical surroundings. It can track popular social media platforms such as Facebook, Instagram, and WhatsApp, thus protecting users from phishing schemes, malware, and online abuse, among other hazards.

Sexual predators may target youngsters who text or use social media regularly, so parents must be extra vigilant when it comes to their children’s safety. The app’s instant messaging monitoring service protects against messages from strangers who often act deceptively. The majority of these attacks occur on social media platforms. Parents can safeguard their children without having to explain themselves since XNSPY operates in the background without the children’s knowledge.

The app can help reduce screen time making it a reliable Android parental control for teenagers and kids. It helps conveniently monitor your kids’ devices even if you are away at work.

The downside of remote monitoring apps

The usage of tracking applications has several drawbacks, the most serious of which is the harm they do to child-parent relationships. Continuous monitoring has been demonstrated to disrupt the relationship dynamics between parents and kids while also harming the child’s learning process. Teenagers and young adults who feel like they’re being monitored constantly may feel anxious in social situations and lack confidence. Obsessive surveillance can also lead to feelings of isolation and make it difficult for young adults to make friends. Making errors and learning from them is an important part of growing up. You will never completely mature if you are not allowed to make those mistakes.

Parents can antagonize their relationship with their kids by constantly putting them under the microscope. The usage of such applications destroys the reciprocal trust that creates strong parent-child connections.

The popularity of these apps has also magnified the behavior of controlling parents. Since the induction of tracking apps, hundreds of tales have surfaced online revealing the micromanaging and violent conduct of parents who use them.

According to studies, trust is essential in close interactions, particularly effective parent-child ties. It becomes necessary for the growth of commitment and emotions of safety. A child’s sense of personal seclusion becomes a critical component of this trust. A study conducted in 2019 discovered that an authoritarian parenting style pushes kids further towards disobedience. Thus strict rules and close surveillance is not always the best strategy to follow.

What strategies should parents adopt instead?

Create zones in your house where gadgets like smartphones, video game consoles, and tablets are completely forbidden. You may designate specific spaces in your home for meals and family gatherings.

Communication is key. Create and maintain a balance between you and your Internet usage. It not only helps maintain transparency, but it helps create balance in your life too. Encourage your children to ask you questions about the games played, the applications used, and the friends made online. Kids will unlikely be thrilled to discuss this with you. They will, however, follow if you set an example of honesty and transparency.

Trust must be earned rather than given, and the best way to do it is to let your children take their time. Kids of a younger age can find it difficult to distinguish between good and bad. The line between good and evil gets blurred even further on social media, where controversial topics get discussed passionately. So you cannot trust them blindly to protect themselves on the internet. However, search for methods to demonstrate your faith in your children, such as allowing them to assist you in easy house chores.

Set reasonable limits for yourself and your children. Learn about the hazards of social media and excessive cell phone use. Set aside specified times for them to use their gadgets. A good idea is if youngsters use their phones way before bedtime. In this manner, the kids will have ample time to recover and have a good night’s sleep.

Kids can break trust, but it doesn’t mean that their punishment should entail round-the-clock surveillance. If a remote monitoring app got used to catching them, explain to them truthfully how you discovered them and why it was necessary in the first place. It is vital to ask your children how they feel about dealing with parental controls installed on their smartphones. Even though building trust is hard work, constantly communicating with kids about privacy and their Internet habits can be effective in the long run.