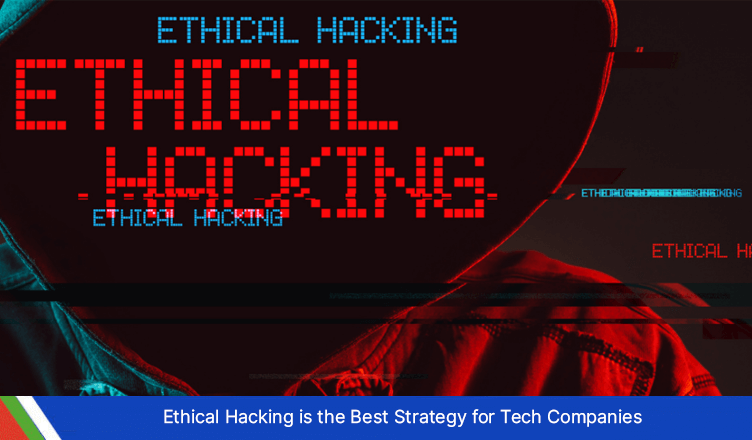 Imagine, if you will, that you’re a hacker. There you are, sitting in a dimly-lit room, hunched over a computer screen. You’re trying to hack your way into the network of a tech company valued at a couple of billion dollars. There is precious data and information just within your reach. So you sit at your computer, constantly probing and testing the network’s security barriers, looking for gaps or weaknesses. You go over minute details, scanning the entire security landscape on that particular network until finally… success! You’ve found a hole in the system that you can exploit. You quietly enter the system, gain administrative access, and extract whatever data you need. Careful not to leave a trace, you stealthily make your exit. Surprisingly, instead of filing charges against you, the company you were hacking sends you a paycheck and along with their thanks for exposing bugs in their security system.

Welcome to the world of ethical hacking, where companies pay white-hat hackers to try to infiltrate their networks and expose holes in their security systems. As the old saying goes, “It takes a thief to catch a thief.”

What is Ethical Hacking?

Ethical hacking is the process of hacking into a company’s network from the perspective of a malicious hacker and exposing a weakness that can be easily exploited—with the company’s permission to do so. Ethical hackers, also called bug bounty hunters, are usually cybersecurity officials or even ex-hackers who use their talents for good, instead of crime. By using their experience and expertise in hacking computer systems, they can stage a mock attack on a company’s security system to test its defenses and capabilities. Nowadays, companies are willing to pay big money to ethical hackers to safeguard themselves against malicious attacks. And with good reason, too, because according to a report by Bugcrowd, over $27 billion in damages were prevented by ethical hackers on their platform.

Just as vaccines work to strengthen our defenses against diseases, ethical hacking performs a similar service for security systems. Despite the word “hacker” having connotations, white-hat hackers can report and fix bugs in IT systems that their criminal counterparts would have exploited for monetary gain.

A lot of ethical hackers are people who were at one point, black-hat hackers. Industry insiders think that ex-black-hat hackers generally are better equipped to prevent other malicious hackers from hacking into a system. One of the biggest reasons is that these people are used to thinking outside the box and ignoring the rules. They are more likely to see a security network and instinctively know how a hacker might approach it. Kevin Mitnick was once an infamous hacker. He was on the FBI’s Most Wanted list and spent 5 years in jail on computer and wire fraud charges. Now, he successfully runs his cybersecurity firm, using the skills and talents that he previously employed for the crime.

Regardless of whether their skills were learned legally or not, experts say the best hackers all have the same habits. They are mostly hyper-curious people, eager to show off their technical prowess, and are familiar with all the practices of malicious hacking, such as phishing and SQL injection.

Compared to Hacking as We Know It

Using their knowledge to secure and improve databases and technology, ethical hackers use their technical prowess to highlight instabilities and flaw in the current infrastructure. Instead of exploiting these flaws, they report back to the organization or portal manager and suggest fixes to their platform. The modern day Robin Hoods, if you will. Ethical hackers provide an essential service to organizations by highlighting any vulnerabilities that could lead to security breaches.

In fact, most organizations have the same group of hackers perform retests to ensure that all the flaws and vulnerabilities are fully resolved.

Malicious hackers on the other hand, aim to gain access to a resource online for either personal recognition or financial benefit. They usually target sensitive organizations such as healthcare, government or financial institutions. Some might even infiltrate the organizations they intend to hack before journeying on their endeavors. These hackers can also target specific Android and iOS devices that are registered with organizations, or are provided by them. To get around this issue, most companies now utilize employee monitoring software to keep a close eye on any potential culprits. Many employees with company Android phone today have this piece of kit installed, that routinely checks for any malicious activity occurring on company property. Still, hackers have a comprehensive selection of hacking apps for the Android OS to choose from and because of these, their methods used and vulnerabilities found remain largely unreported. Malicious hackers don’t concern themselves with improving the organization’s security posture and instead direct their efforts to malign them.

Understandably, a lot of companies are still hesitant about hiring hackers and giving them access to confidential company data. But ethical hacking is catching on in a big way, especially in tech companies. In the next two years alone, U.S companies are expected to spend $1 trillion annually on proactive cybersecurity measures. Apart from hiring hackers, full-time, these companies also host bug bounty programs. These are events where outside ethical hackers participate and get compensated for finding bugs and gaps in a company’s code or security system.

The scope of these programs can vary from company to company. Sometimes, companies declare open season on their applications and web pages. They invite anyone to come and test them out. Others can have set limits and restrictions to what a hacker can do to their network. A DDoS attack might be an example of something an ethical hacker won’t be allowed to do.

When a bug is discovered by a hacker, a report is submitted to the company through a platform. The company verifies the bug and works with the hacker to create a patch solution and test it. The hacker is then paid, depending on the severity of the bug and the damages that were avoided.

Bug bounty programs come with enough benefits to offset a company’s concerns about having a bunch of hackers going over their system. The primary benefit is that a company can detect and fix a large number of vulnerabilities in its cybersecurity system. This, in turn, builds up the company’s reputation and deters future attacks.

Another benefit of bug bounty programs is that it allows companies to take advantage of the talent that it can not find in-house. Bug bounty hunters are usually highly skilled people, so keeping them on a retainer or the company’s payroll could get expensive. These programs also allow companies to gain access to a great number of bug testers and bug bounty hunters. These programs usually give a business a comprehensive overview of its security situation upon completion.

How Ethical Hacking Can Benefit Your Business

A single attack or data breach could cause you to lose countless hours and dollars, making system security a top priority. Ethical hacking is a proactive security measure that needs to be implemented before an attack takes place. Employing ethical hackers can provide you with much-needed peace of mind, knowing that you have done everything to make your system as impenetrable as possible.

A key point to keep in mind is that while ethical hacking does help strengthen your defenses, it is by no means a complete cybersecurity solution. No system is completely safe. Humans are the weakest link in any cyber security system and can fall prey to social engineering techniques. Along with ethical hacking and network security optimization, providing employees with cybersecurity training goes a long way. Employee surveillance software can also be used as an additional security measure.