Skip to content
XNSPY Official Blog > iPhone spying > Everything You Need to Know About the Apple iPhone 8, 8+ and iPhone X 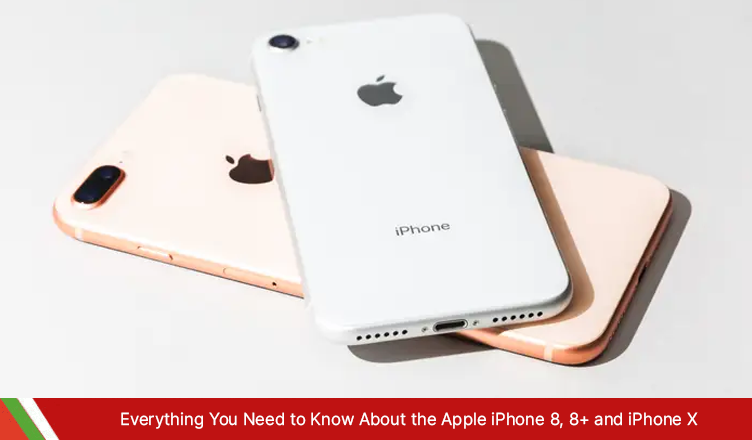 Apple in yesterday’s show unveiled the future of the iPhone in the form of two new releases: the Apple iPhone 8, iPhone 8+ and the one that every leak and every rumor was speculating of: the iPhone X. The former of the two releases are successors to last year’s iPhone 7 and iPhone 7+ but they are heavily improved in terms of their functionality, speed, power, charging, camera and many more new exciting features. This will be the staple model Apple is expecting to sell most and as such it is priced accordingly.

But celebrating the 10th anniversary of the release of the first ever iPhone way back in 2007, Apple decided to release an all new smart phone that was separate from all their other models. The iPhone X is an amalgamation and a celebration of everything the iPhone has been over the past 10 years. It is radically different from their staple iPhones; looking, feeling different and offering a totally new experience to users. The iPhone 8 and 8+ are not far behind, they too have been drastically improved over their previous models.

The All new iPhone 8 and 8+ were thought by many online to be the iPhone 7S and 7S+ but as it turns out they are the new main installments in the 10 year long Apple iPhones. The new iPhones sport an entire glass body- a first for the iPhone series. This glass body is designed as such to be compatible with the new wireless charging Apple has finally un-veiled.  Apple is pretty late to the wireless charging party, with this technology being first being popularized when Samsung used it with the Galaxy S4 in 2013. The iPhone 8 and 8+ will support Qi chargers so users can buy non-Apple chargers to charge their devices. Apple claims that the glass is the strongest ever to grace a smartphone-whether that claim holds up is any ones guess. Both the iPhones have an IP67 certification which means that they are very resistant to dust and water.

The new iPhone 8 and 8+ also come with new Graphics Processing Units that Apple has made themselves. They ended their partnership with the British graphics company Imagination Technologies. Apple claims that there is a 30% increase in performance with this GPU compared with the old ones. Apple has worked so hard to create their own GPU because of their heavy focus on augmented reality related apps this time around. Apple has focused heavily on augmented reality so they have included their own GPU.

The resolution of the new iPhone screen is 1334×750 with the True Tone display spearheading the smartphone screen. The home button is still there, over new stereo speakers that are placed on top and bottom of the device.  The iPhone 8 features an all-new 12 megapixel camera while the iPhone 8+ features a heavily improved f/1.8 and f/2.8 front and back sensors.

The iPhone X (iPhone 10) is the most different iteration of the iPhone Apple has ever released. The all new bezel-less design ushers in an era of sleek designs and sleeker phones. Apple have taken a huge step and abandoned their iconic home-button. They have traded it in for a completely bezel-less display. With a simple swipe-up gesture a user can access the home screen. The brand new iPhone comes with wireless charging, an Apple-first all glass body, and a ‘Super Retina Display’. With all things considered, the new iPhone X looks incredibly sleek. The large design on the front and the glass body and the dual camera on the back offer a regal and exclusive look that only Apple can offer.

The specifications list an impressive one. Its sports a 5.8 inch 2436×1125 resolution all screen display that is OLED. The iPhone X just like the iPhone 8 and 8+ has IP67 certification, a new Apple GPU, wireless charging and Face ID. There is a 7 megapixel front facing camera and a 12 megapixel dual camera on the back of the iPhone X. There are two version of the iPhone X available to buy: 64GB and 256GB model.

See Also: How to Spy on iPhone without Jailbreak?

The Touch ID has been abandoned in favor of the Face ID that works with the 7MP TrueDpeth camera and the neural chip that Apple say will recognize you even if you change your appearance since it maps your face very well. Apple also says that users should have no worries of their phones being broken into by someone since there is a ‘one in a million’ chance that your phone gets unlocked. The Touch ID was very secure and users can expect much of the great Apple security in the all new Face ID as well.

The iPhone X is also the host to the dual vertical cameras that were leaked before the launch. The new vertical camera will support better use of augmented reality technology. Optical image stabilization and an all new lighting mode for selfies was introduced. There are also ‘Animojis’ or animated emojis which are mapped to a user’s face and are animated according to their facial expressions.

The iPhone X will be available in Space Grey and Silver.

XNSPY will work with iPhone 8, 8+ and iPhone X, so users need have no worries.