Skip to content
XNSPY Official Blog > How to - New > How to Find and Remove Spy Apps Installed on Any Android Phone? 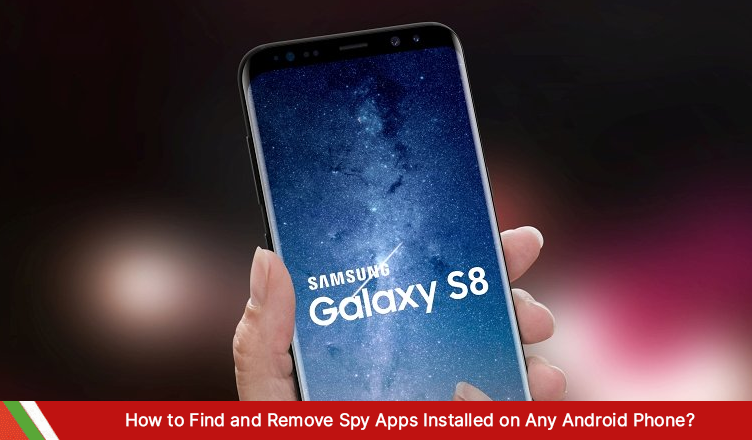 With the increasing number of mobile phone hacking cases, it’s become a major concern whether our phone is protected from being hacked. Cybercrime will cost companies worldwide an estimated $10.5 trillion annually by 2025, up from $3 trillion in 2015, at a growth rate of 15 percent every year. When you have a potential threat to your data and privacy, everyone wants to know how to secure their digital presence. And since the majority of hacks take place via smartphones, users need to be extra careful when mobile devices are concerned.

Android and its Problems

Android devices are at the forefront of hacks since they come with the most popular operating system in the world. Android is an open-source platform that, in comparison to other mobile operating systems, is more exposed to criminal actors and hackers. While this openness fosters a collaborative environment for Android developers, it also facilitates the development and distribution of powerful malware capable of hacking and exploiting the operating system by infecting smartphones with malware. Once in your device, attackers have access to practically all parts of your personal information, with limited options for recovering it.

The Need for Spy Apps

But some apps provide useful functions even though they are often mistaken for malware. These apps, known as hidden spy apps for Android, get commonly used to assess employees’ and children’s productivity by ensuring that they do not squander time on social media, Internet surfing, sending long texts, or making unnecessary phone calls. These apps also protect corporate data from prying eyes.

Other hidden spy apps, for example, XNSPY assist in protecting children from cyberbullying too. The app monitors social media channels and instant messaging apps which are the playground for bullies and miscreants targeting innocent kids new to the viciousness of social media. Parents can access this extracted information and intervene in time.

These hidden spy apps for Android can also protect against cyberattacks that target businesses. The data gathered from employees’ devices gets forwarded by these apps to your private online dashboard for evaluation. The cybersecurity team working at those businesses can then analyze the data for any malicious code, thus preventing the spread of the data to the corporate network.

Thus the necessity of spy apps is unquestionable. But sometimes, when they outrun their usefulness or if the device will no longer get used, it is better to detect and remove these spy apps. But since these apps are hidden, i.e., they operate in stealth mode, they don’t show up in the installed apps list. So, detecting them can be tricky. For this purpose, I have made a list of quick tips that can make spy app detection and removal easier.

Check if Your Phone is Heating Up

If your phone begins to heat up for no apparent reason, it means it is running several processes in the background. And the first thing it affects is the phone’s battery usage. Check the battery use option first because even the most sophisticated spyware can leave traces on your phone or tablet. And checking your battery usage is one of the most reliable techniques to determine if your phone has gotten compromised.

In Settings > Battery > Battery Usage, look for any unexpected program that might be consuming a lot of battery. Hidden spyware is most likely infecting your Android device. So keep an eye out for anything suspicious, such as processes with strange names or unrecognized apps. If your phone battery needs to be recharged frequently, this could indicate infiltration. Force stop the suspicious app and restart your device. Check to see if there is a difference. If it did, you’ve found your perpetrator.

Because most people have unlimited data subscriptions, they rarely look at the “Data Usage” area in settings. However, if your Android device is acting strangely and you want to check whether it has gotten hacked, there is another quick way.

If you have a virus, it may be sending your personal information to a third party via an always-on app and communicating with criminal actors.

To check, go to Settings > Connections & WiFi > Data Usage and look around. You can perform the following using Android devices:

• Navigate to your Android device’s settings, which typically get represented by a cogwheel.

• You will get shown your Wi-Fi data consumption for a specified period, such as a month.

• Further down, you’ll see applications and the data they used throughout this period.

• When you click on an app such as YouTube, you will see that it consumed a lot of data due to streaming videos. That is perfectly normal for YouTube. But for every other app, we are concerned with the background data usage. Background data should never reach high gigabytes.

If your background data is high, it means a spy app got installed on your device and it is most likely the result of the app extracting large volumes of data and transmitting it to a server using the phone’s data or Wi-Fi network.

Look for Unfamiliar or Deleted Messages on Your Social Media Accounts

A hacker has all of your accounts if they acquire access to your phone. They will have access to your social media, email, and a wide range of lifestyle and productivity apps. It could appear in a variety of ways. Resetting a password, sending emails, marking unread emails that you don’t recall receiving, or joining up for new accounts that send you verification emails are a few examples.

In this case, you could be a victim of identity theft. It happens when thieves utilize information stolen from your hacked accounts to open new accounts or lines of credit in your name. Before running a security scan on your phone, update your passwords without updating them on the device. It changes the passwords from other devices, ensuring the hacker cannot see it getting changed from the phone.

But since spy apps such as XNSPY assist in protecting children from cyberbullying, it could just be a parent or a guardian intervening in their child’s conversation, telling the bully to back off. So if you see unfamiliar messages or deleted conversations, it is highly likely a spy app is running on the device.

But the sure-shot way of identifying spy apps on an Android phone is to use an antivirus. An up-to-date antivirus can detect spy apps when a user runs a security scan. A frequently updated antivirus software refreshes its database for the latest cyber threats, including commercial spy apps on the market.

And as soon as you detect a spy app on your device, the only way to remove it is through a factory reset. A factory reset deletes all data and apps from the Android system, thereby removing the hidden spy app, in the process.