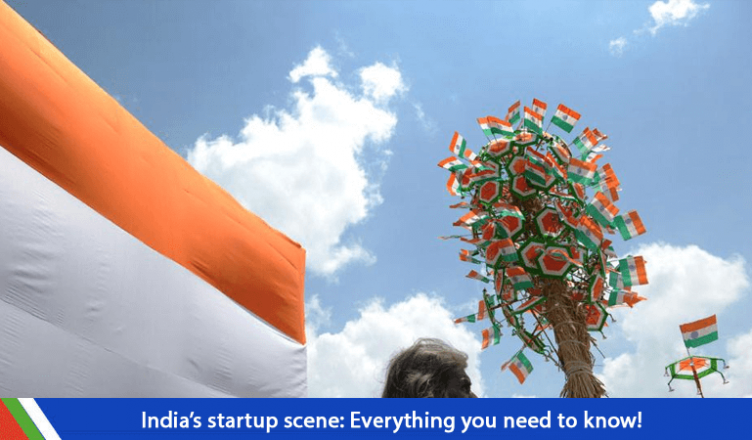 Over the years, India has witnessed a rapidly growing ecosystem for startups. Technology and consumerism have led to the emergence of Business to Consumer (B2C) startups taking a hold on the country’s economy.

Several cities around the country have a thriving startup scene. Tier 1 cities such as Mumbai, Hyderabad, Chennai, Kolkata, Bengaluru, and Delhi are considered to be startup hubs in the country. However, Tier 2 cities such as Pune, Ahmedabad, Jaipur, Indore, Chandigarh, and Kochi also have witnessed emerging startups.

Ride-sharing services, such as Ola, are among the top tech startups in the country. Similarly, Paytm is an app-based startup that allows users to make payments and shop for goods online. Other tech startups include Snapdeal, Swiggy, Zomato, and others. The focus of these startups is on Business to Consumer (B2C) services. Other than this, e-commerce, HealthTech, Fintech, EdTech, logistics, and consumer services are the focus of startups.

Factors that have led to the growth of startups

One factor that has led to the growth of startups in India is the emergence of technology. With Artificial Intelligence, Cloud Computing, Big Data, and Internet of Things (IoT) innovation in finance healthcare, education architecture, transport, and others have been made possible. Due to improvements in mobile technology, such as Wi-Fi and smartphones, tech startups can focus on providing solutions to a greater audience. This is why tech startups in the country have seen such growth. It is estimated that startups in India have grown from 7000 to 50,000 in a decade.

Secondly, the Government of India has provided support to the startup ecosystem in the country through its “Startup India” scheme. The government has also facilitated the patent filing process, introduced tax exemption policies and catered to regulatory concerns. In addition to this, startups have gained attention from local and global investors, both. China has made investments worth INR 123.6 billion, a major chunk of which has gone to invest in startups. Chinese tech giants such as Alibaba, Tencent, and Xiamoi have gone to make contributions in Indian startups. On the other side, local investment has also increased for startups. This can take the shape of Angel investors, venture capital, and public markets.

Tech startups have the potential to tackle civic problems such as waste management in cities. Factors such as urbanization and limited resources have led to exacerbating the sanitation problem. As the population of the country is projected at 1.5 billion by 2030, rising populations in cities could have drastic consequences if cities don’t address issues such as sanitation, water management, air quality, urban planning, infrastructure development, etc. In this case, civic tech startups may be the solution that cities need.

Public service delivery is an issue the government faces because of understaffing, inefficient processes, and little interaction with the citizens. With civic tech, this could change. eGov’s online platform DIGIT allows citizens to submit their complaints. Powered by technology, DIGIT aims to “enable efficient and effective municipal operations, better decision making, and quick urban service delivery.” As a result, in Andhra Pradesh, the time taken to resolve issues has reduced. Moreover, two-thirds of the complaints are handled within the specified time frame set by the authorities. In addition to this, 80% of the municipal staff reported that the eGov’s platform helped in saving up to 19 hours a week.

In India, startups have the potential to supplement, and in some cases even surpass, government efforts to improve the current situation of socio-economic sectors, such as healthcare, education, and others. Besides, startups create employment opportunities for the growing population of the country. The government says that “Startup India” has created 560,000 jobs since 2016.

Startups can better the economic situation of the country. This is why more effort is required to facilitate entrepreneurs.

Despite a promising startup scene in the country, there are many barriers that startups face. These range from government regulations to inexperience of the entrepreneurs involved.

Government regulations are limited. In a country where startups are cropping up, the government needs to take charge of facilitating innovation that can benefit the country. This can be done by reducing taxes that startups have to pay. Startups often have limited funds. Hence, taxes on startups should be exempted or reduced.

While tech startups have seen a boom, the same cannot be said for social startups that have failed to attract venture capitalists. Other startup ventures in the agricultural field and others have failed to make an impact. In addition to this, funding for tech-related startups is more compared to social startups. However, in 2017 EdTech and HealthTech startups are emerging and had funding of INR 11 billion and INR 21 billion, respectively.

According to a report, 85% of startups are underfunded. A stable financial source for startups is scarce. Many startups seek financial assistance from friends, family members, and loans during the initial stages. However, in rare cases, startups can attain funding from venture capitalists and that too in the growth stage. Investment in the seed stage of a startup is less as compared with investment in the growth stage. Moreover, substantial investments go to “unicorn” startups such as Flipkart, Ola, and others. This reduces attraction and investment for seed-stage startups.

Revenue generation is a challenge that budding startups face. Because of an unclear business model, many startups fail to lift off. Due to a lack of revenue, startups have to turn towards funding from other sources. This can cause delays for a startup.

Often startups lack an effective marketing strategy that caters to its niche. Businesses and startups need to be aware of the market trends and the value their product/service provides. Without this knowledge, startups cannot achieve the impact they were hoping for.

A lack of mentorship is the reason why so many startups die out in infancy. This requires a concerted effort of industry experts and entrepreneurs. Mentoring from industry experts can help guide startups deal with consumer trends and understand the landscape better. Moreover, due to a lack of funds, a startup may face difficulty in hiring key technical and managerial resources. Thus, startups lack the team that results in delivering results.

Even though technology has enabled startups to emerge in the country, there are barriers that startups face. From investment to government policies, improvements need to be made to enable startups to grow.