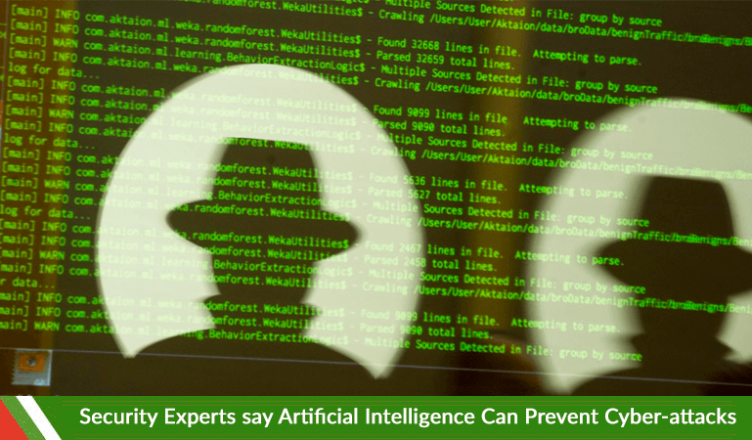 Large to small corporations, all are struggling to find a way to fight cybercriminals and stop the escalating data breaches.  Some of these organizations are looking for a solution in Article Intelligence. They are using the machine learning algorithm to search for the malware files and common characteristics to identify new attacks. They are also analyzing the fingerprints, voices, and typing styles of users to make sure only the authorized users get access to the system.

Mathew Newfield, the CIO of Unisys Corp. says that the problem is the amount of data organizations are dealing with is very overwhelming. It is impossible to analyze that much information and is the reason why everyone is using machine learning.

Why the certain push for AI?

Kaspersky Lab says that at least 360,000 new malicious files were detected every day in 2017. This was an 11.5 percent increase compared to the previous year. So is AI a full-blown cure for all these threats? According to the VP and CTO at IBM security, Koos Lodewijkx, AI is not a silver bullet, but it is a new tool in their toolbox. Even though it’s not a perfect solution, cybersecurity experts believe that AI can help minimize and prevent the cyberattacks. Here are some ways it has been helping:

Traditionally, security systems used to identify malware by searching for malicious files and then block them. That wasn’t really containing the malware attacks.  AI is helping experts in identifying new attacks as soon as they appear. The systems analyze the existing malware, their common characteristics and then check to see if new threats have any of these traits in common.

A security firm named CrowdStrike is already using this method. When a user clicks a suspicious file, the tools used by the company scan its attributes such as the size, content and distribution code and then run the machine learning algorithm to compare them with the malware database of the company to determine how likely this file is to be malicious. That’s how they detect malware.

Organizations in the finance, government, and retail industries have been using machine learning and biometrics to study certain information about their users to keep unauthorized users out of the system.  Biometrics systems are used to scan a part of your body or even your voice. With machine learning, the small differences in their characteristics are analyzed and then compared with the information on their files to verify they are the authorized user.

An organization named Nuance Communications has developed a speech recognition software for mobile phones to incorporate behavioral biometric information such as the vocabulary of the user into the machine learning algorithm. After combining the behavioral data, and voice of the users, the system can even tell identical twins apart. Even if the voice of two people sound the same, their vocabulary and frequency of pauses always differ.

Normally, a large corporation receives thousands of security alerts each day warming about possible malware threats.  It is extremely challenging to go through all these alerts and address the issues at the same time. Plus, you might miss the threats that require immediate attention. Hence why companies have started investing in Artificial Intelligence to determine which alerts are important and which not and set automatic responses accordingly.

International Business Machines Corporation started training its Watson AI system on cybersecurity a few years from now. They had a goal of helping their security teams manage the influx of the threat information they gather every day.  This system helped them comb through the alerts, recognize patterns, and determine which malware is involved. The security teams are able to focus on the most likely threats and keep the others aside.  AI was used to perform the investigative work and provide the analysts with a researched case.  IBM found that its analysts used to spend 58 percent of their time studying alerts. With the help AI, they are now able to perform other tasks.

Data breach victims have always struggled to figure out who launched the attack.  It happens because hackers use techniques to obfuscate their identity. It is believed that machine learning can also be used to attribute attacks and launch a defense mechanism for future attacks from the same enemy. The security systems can mine and analyze information on registries and online databases to come up with clues about the potential infrastructure a criminal could be using for launching attacks. When a hacker leaves traces like the IP address of the device used for hacking, this information can be used for creating a behavior footprint for identifying future attacks. For instance, organizations can use these traces for determining the criminal behind the attack and who his next victim.

Artificial intelligence is still in its early stages but fortunately, some customers in the finance, utility, and aviation industries have been able to spot the pending attacks of criminals and block the IP addresses associated with those criminal groups very successfully.  Let’s hope this technology can prevent the attacks and losses businesses have to bear each year.