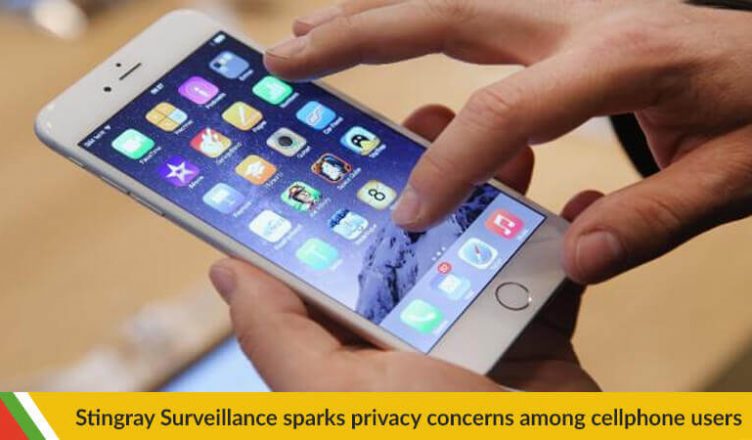 Remember the discovery of Stingray devices in Washington D.C? It is a just a reminder of how much data we are giving away to the government just like that.

If you are unfamiliar with it, Stingray, formally known as International Mobile Subscriber Identity Catcher, is a device that fools your cellphone’s baseband to believe that it is in contact with a cell tower. These catchers use the signals of your phone to track your movements and even contacts. They might even persuade your phone to turn off its encryption.

Techies have been warning us about stingrays for years since they could be used by foreign government and even criminals. This concern that has suddenly made the headlines was around for a while. Entrepreneurs are still developing tools for detecting the presence of these devices.

IMSI catchers trap the signals of your mobile phone by mimicking the cell towers. A stingray can target anyone’s phone without their knowledge. Once your phone is connected to the stingray device, it targets the IMSI and depending upon on how advanced the stingray is, it can even extract your location, text messages, contacts and the metadata from your phone. It sounds like privacy invasion, right? I think so too.

According to the ACLU, there are 72 agencies that own stingray devices and this also includes US Secret Service and the FBI. Some local police departments might have access to it too. There are multiple agencies that don’t want to disclose they own a stingray. The price of a stingray starts from $1000 to $200,000.

What does this mean for everyday cell phone users?

Is stingray device a problem for an average cell phone user? Probably. Let’s suppose the police is tracking down a suspect with a stingray device. If you are in the affected range, your privacy will be compromised too. As soon as your phone is connected to the stingray device, the police can access your personal data. Think about it, with millions of cellphone users in the USA, it is impossible for the police to identify a target without compromising the data of so many other citizens.

For the criminal investigation, the law demands authorities to access personal data by being within certain boundaries but they are not always met. There have been numerous occasions where a stingray device was used without a warrant and even for solving petty crimes. In 2014, the police used stingray during the Black Lives Matter protest in Chicago. There was no ongoing criminal investigation, the police only used the device to gather some information about protesters by accessing data from their phone.

Is stingray surveillance the only thing to worry about?

Catching criminals with an advanced piece of technology like a stingray is worthwhile, but that does not justify compromising the personal information of the citizens.

To be honest this isn’t the only kind of surveillance happening around us. There are lots of people who are not spies but they are already spying on us such as our cellphone carries and the websites we visit each day. Princeton University study of the one million most visited sites found that the most intrusive sites of all are the news websites. The information that they collect is anonymous but it is not hard to De-anonymize it. Researchers from Stanford and Princeton were able to deduce the underlying Twitter accounts with 30 anonymized links that originated from Twitter and that too with 50% accuracy.

Then, we have Facebook. This social network giant not just exists to connect us with our friends, but to send data packets about our online activities and use it for selling ads. After this comes Xnspy and other spying apps that people who are close to us use for digital espionage.

We can’t go squalling like a child whenever we hear a new set of preying eyes want to access our data. But it’s not fair if our personal data is being accessed without our knowledge.

The privacy concerns regarding the use of stingray are hence growing. In 2015, Senator Bill Nelson sent a letter to the FCC to disclose information about the process of approving stingrays. In his letter, he said that this technology possesses a great threat to Internet and cellular privacy of consumers, particularly when a law enforcement agency is using technologies like this without a warrant. He also demanded that lawmakers have to come up with new ways of protecting user privacy. It is 2018 now and there is still no sign of new privacy boundaries that protect average users against such invasive trackers.

Right now, you can’t prevent an IMSI catcher from detecting your phone. Your only option is to switch your phone to airplane mode or turn it off. Some IMSI catcher apps are out in the market to that claim to detect stingray activity. These apps can’t stop the police from connecting your phone but they can only alert you about the presence of a possible stingray in the vicinity.