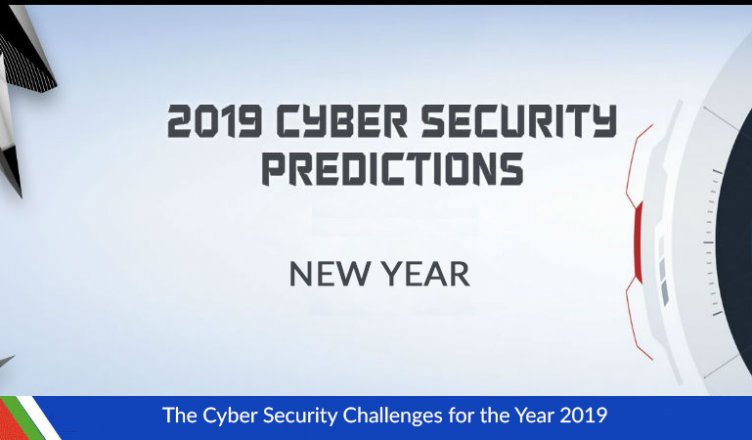 Preparation is the key. The year 2018 wasn’t so great in terms of cyber security with tons of unprecedented cyberattacks and data breaches. Marriott, Google, Facebook and several other tech giants had major hacks of user data. Due to innovation and expansion in technology, the frequency and intensity of cyber attacks in 2018 was unlike any other year in the history of technology. As this year comes to an end, it is imperative to look forward to the new challenges in cybersecurity for the coming year.

Though biometric technology is not new and several major biometric data leaks have already happened, the Middle East and African regions could witness the first attacks on the biometric data of users in 2019. As more and more users employ new biometric systems for authentication and user identification, there will be a surge in the biometric data theft. Especially the financial institutions in the Middle East, Turkey, and Africa are going to be the target of the passcode, facial recognition, and fingerprint scanning-related criminal cyberattacks. Cybercriminals will try to expose the vulnerabilities in the biometric systems. Many financial organizations consider biometric-based methods a solution to beef up their security. However, this very solution could be used to steal sensitive information the coming year.

The year 2019 will see the phenomena of fake news, malicious posts, and fake videos reaching new levels. You can expect to see real-time computer-generated graphics that would appear to show video footage of events that never really happened. All that will be used to deceive general people. The next year will see a new stream of highly original-looking propaganda videos which are going to seriously affect the relationship between the nations and even countries at the diplomatic level. There is already some AI-based technology in place that can create fake videos of individuals that are near clones of the real ones. All this can lead to major unrest on social media and a chaotic year in ahead.

We have seen millions of malware in the desktop PCs and laptops. Indeed, the enormity of malware on Windows cannot be matched by any other platform; however, smartphone users are likely to see a shift in this trend in the coming year. As the focus of technology and innovations shifts to smartphones, their users will be a constant subject of malicious activities including malware apps on their phones. This could be true for both iPhone and Android users.

We have already seen the cheaper and malicious versions of popular apps on third-party stores. They can be a fertile place for pirated versions of legitimate apps. You can also expect phishing attacks in the apps on the Android platform in 2019.

5G is going to be the hottest new trend in our network infrastructure. As it is expected to increase our internet experience manifolds, you can expect the same tech to be used to launch shorter and more lethal cyberattacks. The good thing is that it is going to take 5G technology some time before it’s broadly deployed, hence attracting fewer attacks. But one thing is for sure, that this technology is going to expand the cyberattacks base.

As part of the broad deployment of the 5G cellular network, new hotspots and routers for this technology will be introduced. This will result in new network architectures, operations models, and, consequently, new vulnerabilities to exploit.

As the electronic currency hit its peaks in the year 2018, it saw a rise in the malicious attacks on the servers of currency miners. There were virus and malicious software attacks on the crypto miners. But as the value of the currency subsided in the latter half of the year, so did the attacks on cryptocurrency miners. As its business is further expected to decline in the year 2019, these attacks will also witness a dip. There are several reasons behind the decline of cryptocurrency business. Huge commissions, small customer base, slow transfers, and a higher price of integration have contributed to the decline of the electronic currency. Besides, some countries like China and Russia have banned the exchange of this currency. All these factors have contributed to its steady decline.

However, some attacks will be there focusing primarily on the mining malware. With a mix of ransomware and intervention of new players, cryptocurrency threats will remain on the scene.