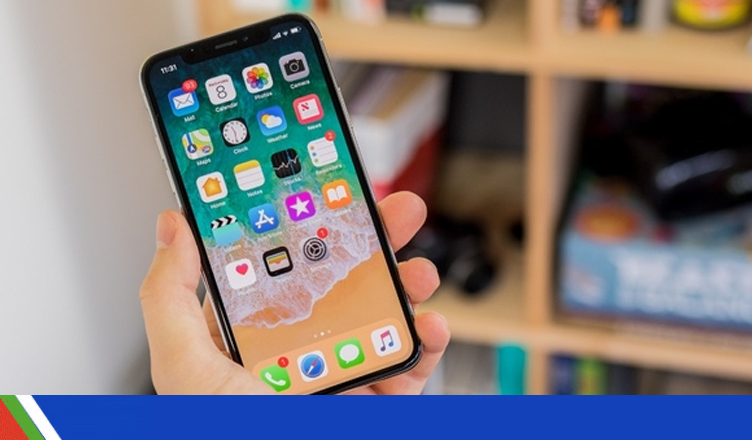 The iPhone has a trend of keeping things the same, avoiding innovations in other phones (such as wireless charging and sensors) until they adopt these features in a new model in such way that they make it their own.

The iPhone 8 and the build up to its release has seen an unusual amount speculation and rumors, we ourselves have covered iPhone 8 rumors and the rumors over all have been pretty conflicting to say the least. But all seem to have simmered down after an image of the iPhone 8 has been posted by Evan Blass.

The picture has given us a good view of the ‘Infinity Screen’ like screen the iPhone 8 along with a dip to accommodate front facing camera and an array of sensors. The picture shows the iPhone inside of a protective case.

MKBHD of YouTube too received an iPhone 8 model in what seems to be the definitive version of the iPhone 8, which is an in hand physical representation of all the rumors and leaks. The model is what iPhone 8 case makers receive to start making iPhone 8 cases and accessories based on all the physical dimensions and measurements.

The first thing you notice on this new model is the screen. The classic forehead and chin of the iPhone is now gone. The screen now covers the entire front panel with a dip for the sensors and camera. The screen covers the entire front panel, with rounded edges. With all this new space, one has to wonder what Apple plans to do with all the new space, if there would be any software dedicated for this new space.

The new screen also takes down a major criticism of the screen to body ratio. Every phone in its competition had reduced bezels to zero except the iPhone that still maintained a chin and a forehead for their phones. Not only is there no bezel size, the body is actually a little smaller than the iPhone 7. Smaller body, more hand-held, more pocket friendly.

See Also: How to Spy on iPhone without Jailbreak?

Another huge change is the back of the phone. The iPhone 8 has a vertical camera bump on the back and of course, the glass back.  Why a glass body? Because wireless charging does not work with a metal body which means, yes, the iPhone 8 might have wireless charging. This trend follows the one of the Samsung S8 and the Google Pixel. The metal of the iPhone is on the sides, where you would hold the phone.

Why a vertical camera bump? Possibly to accommodate new sensors. The power button on the side is on the same place but is slightly bigger. This means that the finger print sensor might not be on the power button as previously thought and allegedly, the new sensors on the front might be used for 3D face recognition to unlock your phone, which allegedly is faster and safer than a finger print scanner.

Whatever we knew about the iPhone 8, it is somewhat solid now and things seem to be in gear for the iPhone 8’s release, which is set for an October release.