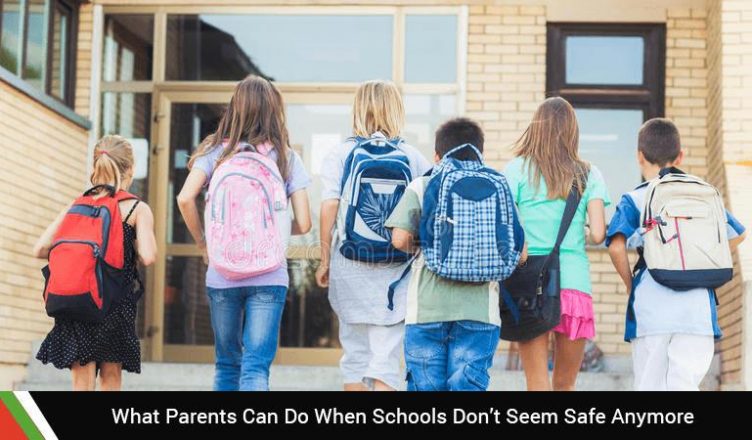 This is a question that I think parents ask in countries plagues by war might ask themselves everyday but not a country like the United States. Parents now legitimately are in fear of sending their kids off to school where they might be gunned down by someone who they might have known their entire lives. It is a sad sad situation where as a parent we must only strengthen our resolve and do everything we can to look after our children better.

The Sandy Hook incident and many others like it before left us shocked, horrified and ashamed that we allowed for such things to happen. The response from the government has not yielded any results. As a parent these circumstances are more than just troublesome. What do we do if the government or any other department cannot keep our children safe?

Parents Need to Take Things into their Own Hands

But what exactly can you do? Well number one, you start by actually looking after them! Yes, actually look at what they are doing, who they are hanging out with, who they are interacting with etc. You will need to make an active effort to get to know your child’s life and look after them. You might be wondering why it might be important at all to know who they interact with at all. Well you see out of all the school shootings that have occurred, it was almost always an individual that the children knew. There have not been many incidents like these where the culprit was not someone the victims knew of already.  Now, your child might not notice the signs of this individual but you- an adult might instantly be able to recognize the telltale signs of a maniac.

You can of course accomplish all of this using the features XNSPY. XNSPY has actually been specially catered towards parents worried about the safety of their children. It allows access to messaging apps like WhatsApp, Facebook Messenger, Snapchat, Kik and more. It is your one stop shop to monitor your children’s interactions and behavior.

Speaking of behavior, children and teenagers all display behavior differently. As a parent you are the only one who knows your child’s behavior the best and can identify signs related to aggression etc. But of course, you are not around your child all the time and even more so with the online world- who knows what they might get up to there. But with XNSPY you can know. Some parents might scoff at the idea of their children being at fault. But it is exactly this sort of dismissive attitude that leads to children becoming more and more secretive and even more aggressive.

Have you ever considered the idea of your own child becoming the next school shooter? Immediately reading this you would want to close out of this window. I know, it is a natural response. I would too if someone accused my child of being a murderer. But the fact of the matter is that the individuals who gunned down innocent children at schools were in fact also children and teens.

They had parents too, they had lives as well. Now this is not some attempt at humanizing these monsters. But it is not interesting to think that these shootings might have been stopped if their parents looked after them? If their parents took a more active part in their lives, monitored them, monitored their behavior.  The Florida shooter ‘showed every red flag’ and if his guardians had been more observant things might have gone differently.

Are We Doing Everything we can to protect our kids?

You will need to take a more active part in your child’s life, I keep repeating that because it is lost on so many parent’s ears. Please for the love of your children’s live take care of them and look at what they are watching, what they are doing, who they are interacting with. It does no good to anyone if you let them be. That is just lazy and you should be ashamed if you do this. You are their parents and you are allowed to take whatever means necessary to ensure their safety. No one is going to do it for you I you do not do it yourself.

Which brings things to my next question. How much exactly are we doing to ensure our children’s safety at home. And by home, I mean their surroundings, their society, their country even. Right now, a child could easily purchase firearms from any private seller without question- as this video demonstrates. This is not safe for anyone around the child, and not safe for the child them self.  We have seen government regulations fail time and again and the number of school shooting has increased dramatically instead of decline. Thus, like I said before, we need to do everything as parents to ensure the safety of our kids.

‘We’ as in the government are doing everything they can to protect our children. But it is more than clear that they have failed at that. So now ‘we’ as parents need to do everything in our power to ensure the safety of our children. I might sound like a broken record here repeating the same thing over and over again but how else would I get you to start working on your child?

Kids are Smarter Than You Think

After you have done reading this piece, I want you to call over your child and sit them down to talk about school shootings, gun violence and everything surrounding it. Talk to them about their friends, the people at their school, who they think might be a little odd, things they might have noticed at their school. Kids will understand, they are much more understanding than you would imagine.