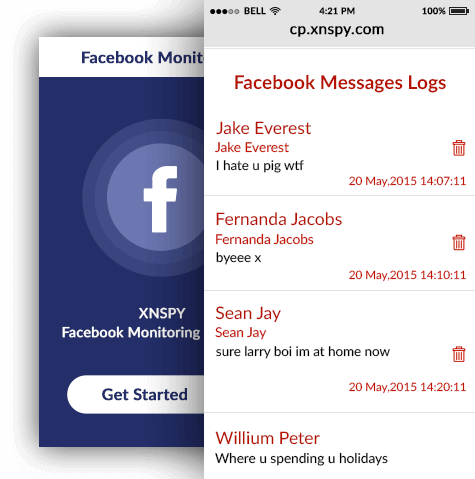 Watch the video and find out how you can monitor Facebook Messenger chats in just under 5 minutes. 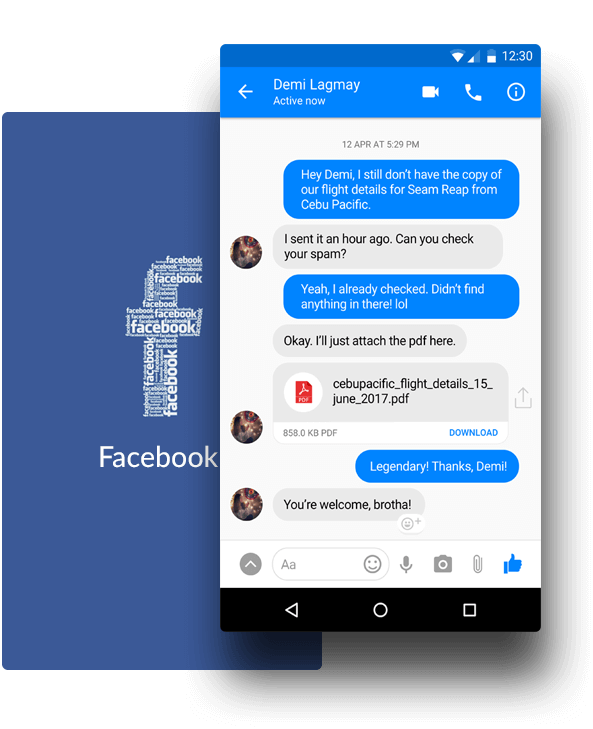 Not all Facebook Messenger spy apps are created equal

Spying Facebook messenger could reveal what spying on other messengers many not. Unlike other IMs, a much bigger population of users interact with strangers on Facebook. This is risky, especially when you have kids on social media. With XNSPY, however, you can take care of that and prevent your kids from going into conversations with anonymous people.

And if you have a child or employee to monitor, make sure that you do spy on their Facebook messages, because of Facebook users’ notorious reputation for oversharing.

Find all your answers when you download XNSPY FB spy on a phone or tablet. With our spy app, you can track Facebook messages and can even access photos or videos downloaded from the Facebook Messenger app on your phone.

Our spy app for Facebook works has an extensive compatibility Android device. Be it a Gingerbread OS tablet or Nougat 7.0 smartphone, you can spy FB messenger with XNSPY.

You can spy on Facebook Messenger on jailbroken iOS devices while the Facebook spying mechanism is similar to how you spy Fb Messenger on Android. You get to track Facebook messages, plus any multimedia saved from the app on the monitored device’s storage.

Using XNSPY, you can export Facebook chats or other monitored data to your computer or any off-site location quite conveniently using your XNSPY web account.

How to spy on Facebook Messenger chat with XNSPY?

XNSPY automatically uploads all Facebook Messenger chats to your web account, so all you need is a valid XNSPY subscription to get started.

Can I Monitor Facebook Messenger Chats Without Accessing The Target Phone?

XNSPY requires a one-time access to the target device to setup the application; after which, you can remotely spy on Facebook Messenger chats from anywhere using XNSPY’s webpage-based control panel.

What are the prerequisites to spy on Facebook Messages?

To spy on Facebook Messages of your children or employees, you will need to setup XNSPY on the target cell phone or tablet. You will also need a working internet connection on the monitored device for the Facebook chats to upload on your web account.

Can I spy on Facebook chats when the target device isn’t connected to the internet?

XNSPY keeps working in the offline mode even when the monitored device isn’t connected to the internet. You can access those Facebook chats once the target device connects to the internet.

India’s Most Reliable Cell Phone Tracker That Has Got You Fully Covered!