Whether it’s your children in some slumber party or your employees in a keynote meeting, take control of all behind-the-wall conversations with XNSPY ambient listening spy app that lets you know what’s going on around them by recording and listening to their surroundings. 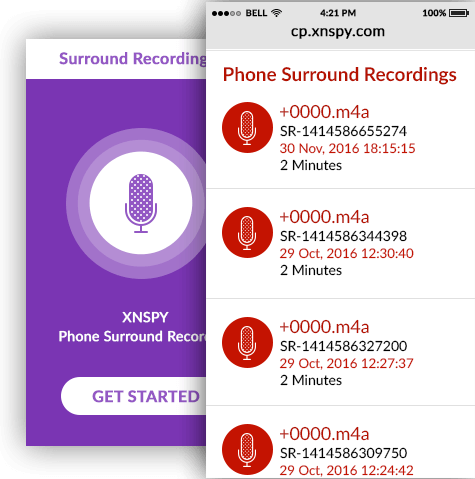 How to Record Phone Surroundings with XNSPY?

Get a complete walkthrough of how you can record phone surroundings using XNSPY.

What Is XNSPY Surrounding Recording App?

With XNSPY, you can remotely record phone surroundings of your children and employees without even touching their phones or tablets (one-time installation is required). 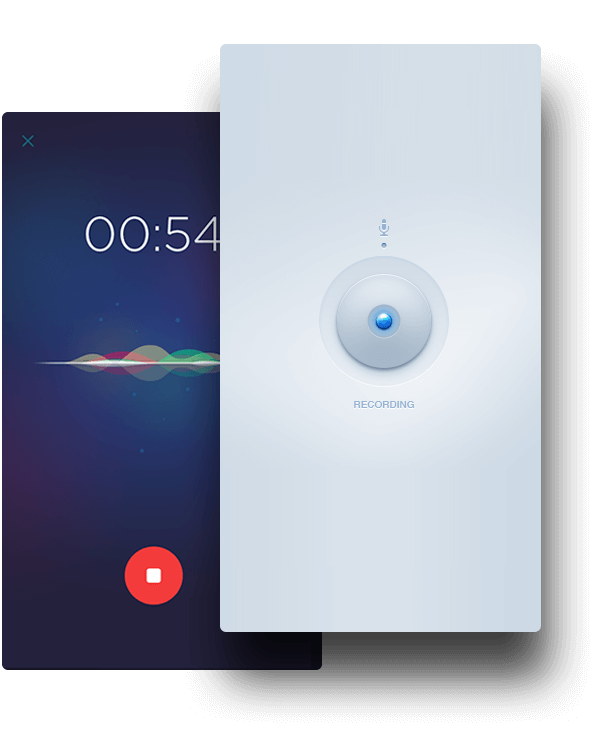 We Have Outdone Every Ambient Listening App!

It’s easier promising than actually delivering it, and that’s what the majority of spy apps are doing. They will claim that you can listen to phone surroundings but you won’t, in most cases!

But XNSPY is different. You only require sending a remote command to the monitored device which XNSPY does flawlessly. XNSPY’s spy ambient voice recorder works with both Android and iOS devices (requires a jailbreak) giving you more reasons why you need to download this app now!

The remote command also includes the duration for which the recording needs to be done.

With Google’s overarching restrictions on their newer OS, it’s not easy to remotely access microphone on a monitored device. But XNSPY makes it happen. With this Android spy, you can listen to a phone's surroundings even on the latest Android smartphones and tablets. XNSPY is also amongst those few apps that are compatible with Android Nougat 7.0.

XNSPY can record surroundings on all jailbroken iOS devices. The mechanism is similar to voice recording on Android. The only difference comes with jailbreaking on this iPhone ambient listening app.

Record conversations and listen to them as if you are there too. XNSPY is your perfect ambient listening app for lucid and clear voice recordings.

Which devices are compatible with XNSPY phone recording?

XNSPY’s ambient recording app works with all rooted and unrooted Android devices. However, we still encourage you to visit our compatibility page to avoid any discrepancy.

What are the prerequisites of using XNSPY ambient listening spy app?

To ensure seamless recording of the surroundings on the target phone or tablet, ensure that you have a working internet connection on the target monitored device.

How to play the recorded sounds?

To listen to the recorded surroundings, you will need to download the recordings to your computer. Also, note that you will require VLC media player to play the downloaded files.

It’s not possible for now to schedule ambient recording; however, you can download the XNSPY Dashboard app to your Android device and send ambient recording commands right from your smartphone (you won’t need to sign into web account every time).

How To Send A Call Recording Command On The Target Device?

XNSPY sends a discrete command to initiate surround recording, unlike other record surroundings apps that send intrusive text-message commands to activate the microphone on the target device.

What’s the maximum duration of the surround recording on a single command?

You can send the ambient recording commands for recordings up to 30 minutes. To continue recording, you can send another command.

Why Do I Need XNSPY Ambient Recording App?

India’s Most Reliable Cell Phone Tracker That Has Got You Fully Covered!