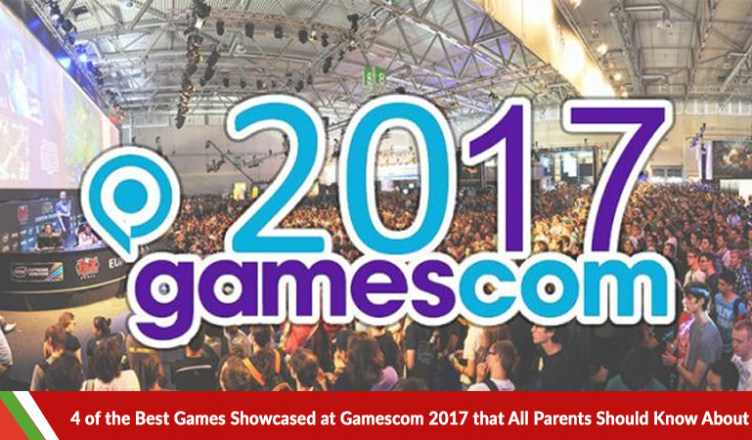 The world’s largest gaming event—Gamescom just came to a close after busy and overall successful days. The event was held by Koelnmesse in Cologne and the event was inaugurated by none other than the Chancellor of Germany herself, Angela Merkel. This was seen as a huge step forward in the acceptance of gaming as an art form and as a general industry by the government and the population as a whole. The gaming world is very thankful to Angela Merkel for her acceptance and appearance at the event.

But moving on, Gamescom 2017 was a great event for all the new games coming out in the later in the year to show off their stuff and gain popularity among the masses. Events like Gamescom and the like are the platform where every game company strives to be and pulls out all the stops to gain popularity. This year at Gamescom was no different. A 400,000 strong crowd was treated to a plethora of games which included games from industry giants like Nintendo, EA, Sledgehammer Games and games from indie developers too. Overall the event was a huge success and here are some games that caught everyone’s attention!

Nintendo has made one of the most successful comebacks in gaming history following their not so stellar game console – the WII U did not meet any sales expectations they had. The Nintendo Switch coming out changed everything for the Japanese game company. Only a few years ago their stocks were crashing but now their new console has become their highest selling one of all time. This is in part thanks to the critically acclaimed launch title The Legend of Zelda: Breath of the Wild. This game blew critics away by just how much it altered the franchise’s staples and it looks like Super Mario Odyssey is set to accomplish the same.

Super Mario Odyssey has been one of the most anticipated games of the year. The game is set to be in line with the legendary titles- Super Mario 64 and Super Mario Sunshine as per Mario creator Shigeru Miyamoto. The game will feature worlds and Mario must travel from world to world accomplishing tasks to earn Moons. In the previous games there were 7-8 stars to collect per world but this time round Nintendo have gone absolutely all out and included 80 moons to collect per level. The world was shown more gameplay and new worlds in the wake of the games October release.

One of the longest running franchises in gaming history, FIFA 18 is set to make its return and make a lasting impression on gamers. The game has seen substantial changes in the previous installments with FIFA 17 actually introducing an all new story mode. A story mode in a sports game seems far-fetched but FIFA managed to pull it off incredibly. FIFA 18 was showcased at Gamescom and much to the crowds pleasure it seemed heavily improved. The franchise has been criticized in the past for its slow adaptation to the games physic but things have seemed to have changed this time round. The new story mode is also heavily choice based a la Mass Effect. The games story will change according to the choices made by the player. There has been a focus on gameplay instead of cinematics thus player customization is a huge part of game play now. Online functionality seems to have been heavily improved.

The Call of Duty has suffered through franchise stagnation over the past few years with its previous two titles Advanced Warfare and Infinite Warfare performing extremely poorly at the market. The series creators took a back seat and thought about what they should do with the series and how they should move forward with the franchise. Returning back to its roots was the solution.

Set during the events of World War 2, Call of Duty: WWII is set to return to the place where it originally gained its popularity. The gaming world has been starved of a good WW2 game ever since the legendary World at War came out. With the release of Battlefield 1 gamers were treated to an intense World War 1 experience. A World War 2 game with the modern graphics of 2017 is all we want.

But now series creators at Ubisoft have taken a step back and really worked hard to breathe some new life into this old franchise. Assassin’s Creed : Origins will take us back to a breathtaking re-imagining of Ancient Egypt and have us witness the creation of the actual Assassins. The games visuals were what most gamers at Gamescom seemed to have admired most of all. The historical accuracy is also what people have noticed about the game and everything looks to be in order for the series to make a lasting impression on gamers. But some gamers at Gamescom still had complaints about the cluttered user interface which blocked view of and sometimes diverted attention from the wonderful scenery.

But time will tell if this game will be worth buying or not.

XNSPY will help with monitoring all the gameplay and online interaction a child may have while playing these games. Most if not all games will have online functionality through smart phones so a parent can very easily monitor who their child is talking to and interacting with overall. The online gaming world is not exactly known for its supportive nature and will even resort to violence in real life if they are upset. So it is a good idea to keep an eye on your children using XNSPY.