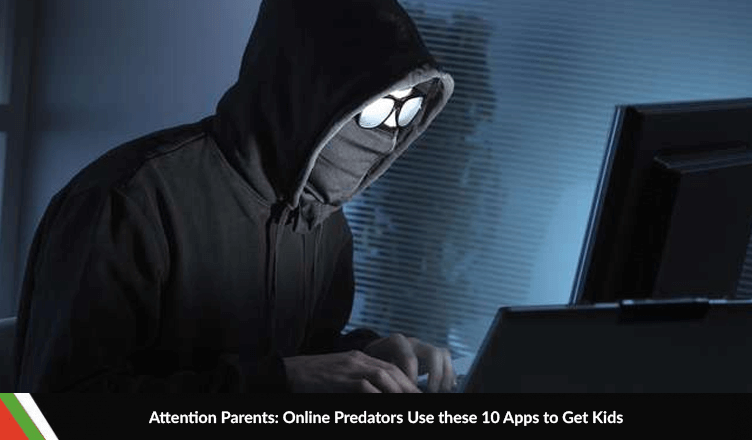 On May 1, The U.S. Federal Trade Commission (FTC) issued a stern warning to Wildec, the Ukraine-based developer of FastMeet, Meet24 and Meet4U, telling them that “despite a statement in each app’s Privacy Policy that users under 13 years of age are not allowed to use the apps, users who indicate they are under 13 are not prevented from accessing and using the apps or being visible to other users.”

Google and Apple have removed these three dating apps after the FTC warning regarding no age enforcement by the apps and so “allow adults to find and communicate with children,” including those under 13-years-old. The apps clearly violate laws on child protection, and FTC has asked to remove them from stores. These apps get information of user’s age and even enable real-time location data, and so “sexual predators can search by age and location to identify children nearby.”

The use of online messaging and dating services to lure kids has been a rising concern this year. In March, U.K. children’s charity the NSPCC claimed that Instagram has become the leading platform for child grooming in the country. The research was based on the 18-month study, during which over 5,000 crimes were recorded “of sexual communication with a child,” and “a 200% rise in recorded instances in the use of Instagram to target and abuse children.”

The real suspect in such cases, though, are the apps they use to target kids. Most of the times, online predators use social media apps, messaging websites, and even the chat feature of a video game to reach out to their targets. Although some of the apps and games have an age restriction, parents need to be wary that their minors can get around them.

“As technology develops, the number of children contacted by predators on social media increases. Most predators that are going to exploit children are going to reach out through the mediums that they’re already in,” State Police Lt. John Pizzuro said.

The apps favored by online predators have the following things in common:

According to the recent research by child safety website PureSight, one in five teenagers has received an unwanted sexual solicitation online, and almost 75% of teens share their personal information online. The daunting fact is that in almost all underage sexual predators’ cases, children went willingly to meet with the predator.

In a recent investigation held under the New Jersey’s Attorney, General Gurbir Grewal resulted in the arrest of 24 men charged with second degree luring.  The authorities also highlighted few chatting and gaming apps that were identified as the potential danger for kids as these apps are used by the predators, too. Here’s more information on the 10 apps that have been used by predators in attempted luring, and we encourage parents to familiarize themselves with these dangerous apps:

Yubo, with more than 15 million users worldwide, is also renowned as “Tinder for kids,” and has a target market of teens aged between 13 and 17 years as a way to make new friends. It also allows young kids “to pretend to be adults and swipe left or right to hook up,” said internet safety expert Sedgrid Lewis. Last summer, the police department in Lenexa, Kansas, issued a warning, stating that “it embodies one of the most dangerous aspects of social media: It allows teens the ability to easily meet people (strangers) outside their parent’s sphere of knowledge or control and … matching [them] with another person geographically near them, facilitating face-to-face meetings.” After this warning, the app changed its name from Yellow to Yubo and did some rebranding. The app creators also put in some efforts to improve awareness and education on using the app safely.

But there is still no age verification on the app when you create an account. That implies that the door is still open for online predators who lie about their age, impersonate others to create fake profiles to get children.

Sarahah allows users to send anonymous direct messages to their friends through other social media platforms such as Snapchat. The objective of the app was to provide positive encouragement in the workplace. However, the app became so controversial that it was removed from stores on Feb. 21, after a complaint filed by the mother of a girl who was encouraged by a Sarahah user to take her own life. Sarahah has booted off app stores, but it doesn’t mean that it was taken off anyone’s phone. It simply can’t be downloaded now, but your kids might already have this dangerous app in their phones.

Kik was developed in 2009 with the intention to enable chat between Blackberry, Android, and iPhone users. The app has added further features, like chatting with a bot, using gifs and emojis or scrolling through the newsfeed. User must be 13 to use the app, the company has also mentioned on the website, “If Kik obtains knowledge that a user is under the age of 13, it’s our policy to permanently deactivate their account and delete their personal information.” Still, Kik doesn’t verify the age of the users, and your minors might be using it.

This app was also designed to help people make new friends and connections. The app says user must be 13 or older, and there is also a safety tips section on the website. As a safety measure, the app tells users that if they are going to meet someone in person, they must tell a friend and to be sober.

This app enables users to share photos, videos, posts, and send anonymous messages. It publicizes itself as an online community where users share “real thoughts, trade advice and get the inside scoop.” The app says user must be 17 or older.

This app, launched in 2009, was designed to meet other men in the nearby area, specifically intended for gay and bisexual men. The app lets users swipe through profiles and chats with others. The app restricts that user must be 18 or older, but of course, user can enter any age they want as Grindr isn’t going to verify it.

Another social networking and dating app that enables the user to chat, once both users have matched their profiles. The app requires users to be 18+, but users can enter a birth date that is older or younger than their actual one. Until June 2016, the age restriction for the user was only 13. After being heavily criticized by parents, the company changed its requirement settings.

This app enables users to create short videos and add a soundtrack. Musical.ly is 13+, and users can communicate with each other using an “ask a question” feature and a “duets” feature. They can send direct messages, too. With an add-on app, Live.ly, users can also stream live videos.

As the name says, this app lets users upload photos and rate photos of others on the scale of attractiveness. Later, it added a “Meet Me” feature that enables users to chat with strangers and also encourages them to meet in person. This app also says that user must be 18+, but like other apps, users can sign up by entering any birth date.

Wishbone is basically a survey app that lets users choose between two different options. Users can make their own questions and ask their friends to vote. However, the app also has a private chat feature. Wishbone is 12+, and on the Apple store, it has been listed, “Infrequent/Mild Sexual Content and Nudity” and “Infrequent/Mild Mature/Suggestive Themes,” as reasons for the ratings.

Plus, Chat room websites host plenteous themed rooms including Gay Chat, Teen Chat, Singles Chat, and many more. A user can easily create an account on the website or simply start chatting as a guest with just a username. Here are some potentially dangerous websites:

Concerns about online predators using the game to connect with players come from its chat feature. Here are three dangerous games you need to know:

As a parent, you can educate your kids the online etiquettes and how to protect their digital personality. Discuss the implications of using such apps with your kids. Tell them how online predators can harm them. Remember, kids will be kids, so you have to perform the monitoring task for them. Monitor their smartphones, if you find any of the above mentioned apps or websites remotely block them immediately.