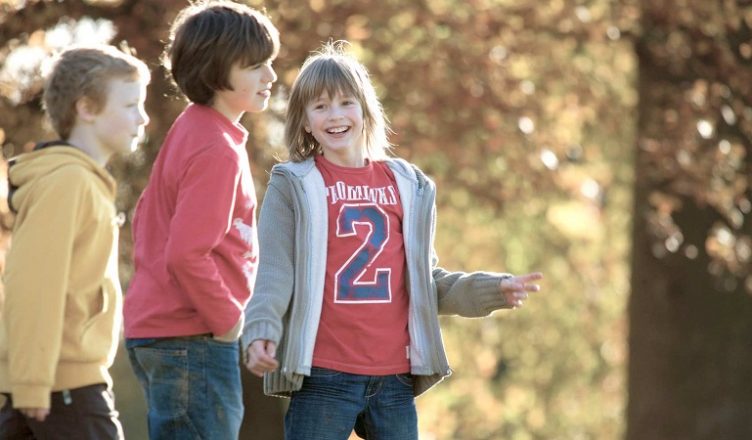 They say a 4 year old can ask up to 400 questions in a day, and while you, the mommy or daddy might get tired of answering them, Google never would. Technology has been great for kids and they are smarter for it; there is no doubt about it. But that’s exactly where the problem lies. Kids these days have become too dependent on their smartphones and their tablets and their computers. In a time when toddlers play Minecraft before they can even walk, the concept of playing outside is going away. And it is more harmful than you think…

The problem with video games and computers is that it does not allow children to use their imagination. Sure, some games might help with their strategic management skills, but in the early stages, it is very important that kids create their own games and play by their own rules. But as long as they have apps and the Xbox to make the games for them, their creativity is cut short. Not to mention, staying in with technology all day is far from healthy. Take a look at this:

There needs to be a delicate balance. If you want your kid to have a healthy and active life, you need to make sure they’re spending a good amount of time in the outdoors as well. You know what would work for sure? If you use their technology to encourage them to play outdoor games. Here are 4 ways you can do that.

1. Interpret their Video Games on the Playground

A fun way to get your kids involved in physical games is to find a way to interpret them onto the playground. Your kids probably love playing “Angry Birds”. So, what do you do? You build a life-sized version. The game will use the same concept and characters that your kids love on their smartphones and computers. Experiment this techniques with other apps as well. Maybe build a “Temple Run” track by placing obstacles in your garden? The avenue is wide open. 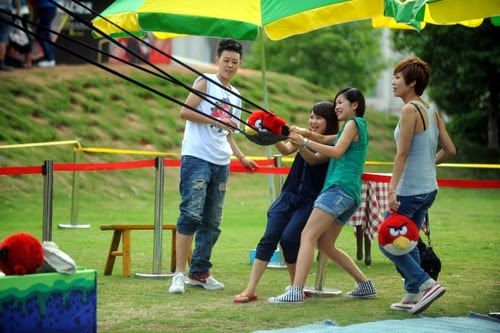 2. Monitor How Much Time They Spend In the Park

Once your kid has a taste of the outside, encourage them to spend time in their community parks. Instead of limiting technology time, fix outdoor time and make sure they spend a good amount of time there. They not only need their fix of fresh air, they need to be kids again. They need to walk in the dust, have a go at the monkey bars, take a spin on the merry-go-round. They’ll be fitter for it, too.

3. Arrange a Game of Scavenger Hunt

Another fun idea is to have them play a game of scavenger hunt with their phones. You would need to make a list of objects that can be found around your area. You kids will need to walk around and take a picture of each item to win the game. The item could be “the pink swing set down the street” or the “community statue at the end of the block”. This too could be a game for the entire family. And they’ll be using their phones to do something physical and fun as well.

4. Get Them Connected With Nature

This is a great way to encourage learning as well. Using their phones and laptops, educate them on plants and trees you have in your garden and then send them outside so they could study them in person. In this way, their learning doesn’t have to be only digital; they’ll have a personal connection with nature, too.  MNN suggests it makes them healthier.

Your kids deserve the same things that you had as a child, way before the internet took off. What matters is that you realize that technology is not the enemy; it can be your ally too. It’s a bit like beating your kids at their own game, isn’t it? As long as it gives them a healthier lifestyle.