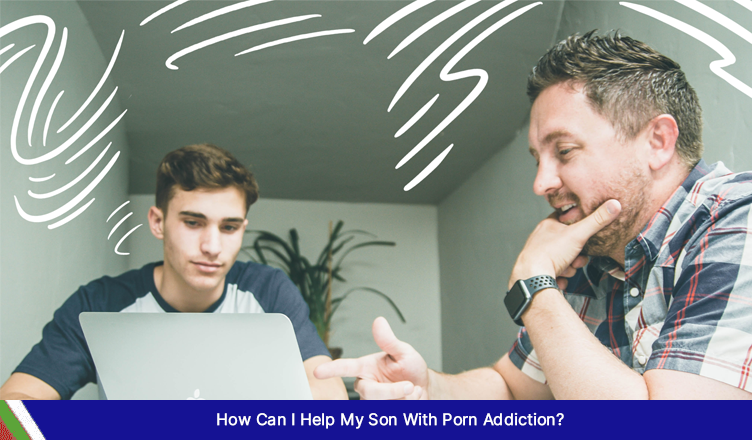 It was clear that the guilt was eating him up inside, and it was a massive relief off his shoulders to admit his flaws. It was a brave step for him, and he showed immense courage to open up to us. My wife and I did not expect such a bombshell to get dropped on us. Naturally, we were taken aback at first. But after realizing what was going on, I hugged Jason, reconciled his pain, and told him how brave he was for admitting his addiction.

I knew it was a big load off his chest, and I quickly realized that he would need a lot of time to process his emotions. So that’s exactly what I did. I gave him ample time and space to help him deal with his emotions and conflicting thoughts that he might be having. I made it abundantly clear that any conversations we might have would be done privately, respectfully, and in a safe space.

By his body language, I could tell the guilt was killing him. I told him it was natural to feel guilty but not be ashamed. Because shame means one is unable to change and admits defeat. I told him the difference between each, which filled Jason with hope and joy. It was my way of helping him deal with emotions and come to terms with reality.

Kids are hard to control and every parent knows it. And the older the kid gets, the harder it becomes to micromanage them. But it doesn’t mean you cannot set boundaries for your kid and encourage them to participate in healthy activities. And it is exactly what I did with Jason.

went to the gym every day. We would then go on bike rides together on the weekends.

3.   Remind Them They are Loved

4.   Set Ground Rules for Gadget Use

5.   Use a Parental Control App

Parental control apps stop children from accessing inappropriate sites. They can be a lifesaver when you’re busy, and life gets in the way of parenting. These apps will constantly be tracking what their child is doing online. Parents can use monitoring software’s browser tracking functions to stop children from accessing pornographic websites by remotely blocking their access.

XNSPY can stop children from accessing inappropriate sites and can pinpoint how frequently the child visits them and the types of webpages they have saved in their browser.

XNSPY is useful because it not only restricts access to pornographic content but also informs parents about their kid’s viewing habits so they can intervene before it becomes an addiction. The app helped me in the former since even though I trust Jason, there’s a chance that his friends might send him links to his favorite websites as a joke which would trigger his reaction, and we would be back to square one.