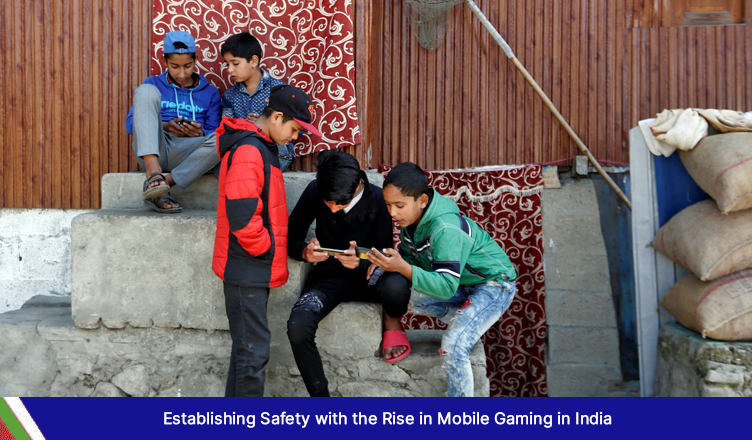 The way people use the internet has changed dramatically. Two decades ago, you first had to solve a Rubik’s cube or build that Lego plane set before your parents would let you have time on the PC. Now, kids as young as 7 or 8 are monkeying around with an iPad or an Android tablet and entering into a different world.

Nearly two decades ago, the first Game Boy console was launched by Nintendo. The uniqueness of the Game Boy was that it could be used to play games that would later become classics, such as Tetris, Super Mario Land, and Pinball, to name a few. This hands-on method of gaming became very popular in the Philippines and spread like a wildfire throughout India in subsequent years.

What makes India a social hub for gamers?

With technology becoming such a crucial part of everyone’s lives, the Indian gaming industry is booming as well. The video game market has more than doubled over the past five years in terms of revenue and is set to reach $1 billion by the end of 2018. But one aspect that gamers are most concerned about is mobile gaming, which will make up for 80% of the total revenue contribution.

The e-gaming sector in India has risen dramatically in recent years, owing to more opportunities for digitalization and enhanced accessibility focusing on innovation and affordability by OEMs (original equipment manufacturers).

Gaming PCs and consoles, such as the Xbox or Sony PlayStation, are still a luxury in many Indian homes. On the contrary, gaming on your phone is more cost-effective. It makes it easier for newcomers to enter the ecosystem. The same games that operate on high-end dedicated gaming phones and flagship handsets are also available at reduced graphic and frame-rate settings on budget and mid-range phones.

Gamers in India favor portability over performance. PC does provide superior graphics and performance, but smartphones will always beat PCs in terms of mobility and portability. There has also been a massive shortage of graphics cards globally due to the pandemic. The whole supply chain has been badly affected by the crisis.

Smartphones have gotten more inexpensive, and they now come with powerful hardware capable of running games with medium to high system requirements. It has made more immersive games more accessible to the general public. According to Qualcomm Vice President and President, Rajen Vagadia, the company has had to update its GPUs (graphics processing units) over 700 times in the previous 12 years because of user demand.

Smartphones have gotten much faster in a brief period, especially considering that Android and iOS devices are only a decade-old technology. We have seen massive upgrades in mobile graphics, immersive gameplay, performance, and cloud-based gaming services. All while keeping a budget-friendly approach. All of these factors make mobile gaming a lucrative business in India. Unsurprisingly, 90% of the 400 million online gamers consider smartphones as their preferred gaming device in India.

It is quite an extreme measure that can be unnecessary in most cases. Parents can learn more about the messages their kids send on Android or iOS devices using keyloggers. A keylogger comes separately or as a part of a remote monitoring app available on iOS and Android devices. It can intercept the keystrokes before they get encrypted. So it is a robust tool for parents who want to ensure their kids’ safety online and in-game by reading the messages they send. Remote monitoring apps give them a bigger picture of the conversation taking place.

Young people in India may now take advantage of this massive market thanks to the rise of mobile gaming and the removal of constraints such as a bulky PC or gaming console. However, there have been concerns about the security of many of these games, particularly those aimed at youngsters. It appears that there is no solution in sight for parents allowing them to track what their children are doing on their phones.

Youngsters require the assistance of their parents or guardians. Whether they use their phones for gaming or surfing the Internet, they will face cyberbullying and online harassment. Many gamers get verbally abused and threatened if they play poorly in-game. It is quite worrisome, especially for young children unprepared for such threats. They do not know how to react to such threats. They hide these issues deep inside them and are afraid to discuss them with anyone. It is why some parents might even have to rely on mobile phone hacking software in India.

Rather, they can take advantage of the most recent technological advancements to provide fast assistance if they suspect their child’s account has gotten compromised. Parents can utilize an IM (Instant Messaging) screen recording program to protect their children’s online presence. One such example is XNSPY. It is a reliable remote monitoring tool that works on iOS and Android. It also has screen recording capabilities.

Parents may use XNSPY’s remote screen monitoring tool to keep track of their children’s phone usage. In addition, the application protects minors from visiting potentially hazardous websites. The powerful tracking capabilities of XNSPY protect you against online frauds and ransomware threats. Some of these attacks can take place in multiplayer games too. Remember the Counter-Strike gambling scandal that took place a few years ago. A few YouTubers were promoting a gambling website that used real money to get a chance to win Counter-Strike in-game cosmetic upgrades. Kids do not know the ramifications and addiction associated with gambling, so it caused a massive stir in the media.

The app helps parents track their kids so that kids do not fall for similar scams online. It is what makes XNSPY a famous tracking app for Android in India.

Indian youth has always loved gaming. But, with the increase in technology, it is becoming easier for people to download and play games on their smartphones. The number of mobile gaming apps made online has risen. Cybercrime is becoming more and more widespread, especially with the accessibility of these games on mobile phones. The majority of children are still over-reliant on parents to check what they have access to online.

Luckily, with XNSPY thrown into the mix, parents can breathe a sigh of relief when it comes to tracking their kids’ online activity and gaming habits. They now have something to safeguard their kids from the never-ending trend of global eSports and mobile gaming.