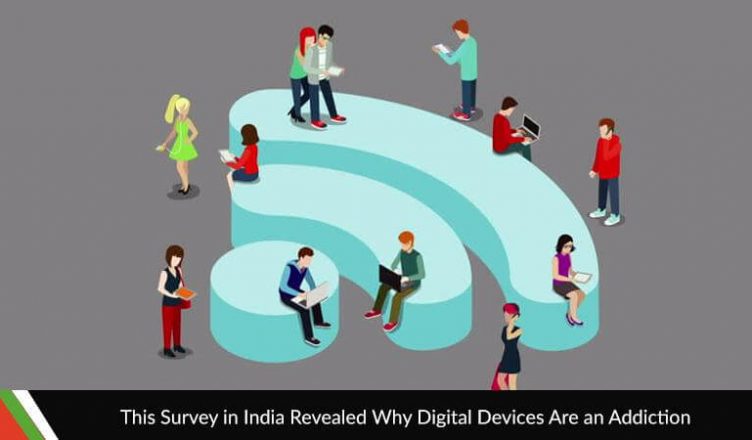 Until a few years ago in India, parents used to turn off the televisions when board exams of their kids were around. This concern is still alive but the gadget in question now is the smartphone. While TVs were easy to keep at bay smartphones are hard to disconnect from our lives. Parents are struggling to keep mobile phones away from their children during their exams. Kids are being easily distracted by smartphones and social media. This addiction creates an urge to check their inbox and notifications every now and then.

Smartphones are designed to seek our attention and they gradually erode our will. It is quite a frequent sight at most dinner tables that at least some members of the party are lost in their cell phones, texting or reading online stuff. They are oblivious to real-world conversations.

You would be thinking why staring at the phone is wrong? It is wrong as it not only seems rude but also stops you from enjoying the meal. Constantly switching between the apps or scrolling down on Facebook is not just distracting but also affects us emotionally and physically.

India is one of the world’s largest smartphone market and this explains why most Indians are tied to their cell phones. But more alarming is our ignorance of the extent of our dependence on the smartphones. This was revealed in a survey conducted by the Times of India (TOI). The survey was conducted online and around 55,000 readers participated in this survey.

Here are some key findings of this survey:

Smartphone: An obsession or an addiction?

Dr. Larry Rosen, professor emeritus and author of ‘The Distracted Mind’ describes this human connection with their devices and dependence on technology as an obsession. Most of us use our smartphones for our extensive commitments and connections to the world. When we check in through these phones, we are actually engaging our adrenal glands which makes us feel uneasy if we don’t use them in a while. This explains the phantom rings we hear and swiping at our screens every few minutes to see if there is a message.

On the other hand, addiction is when our brain releases chemicals that give us pleasure when someone comments on our posts or likes our photo. Over time, when addiction is fed, we feel an urge to have more of these chemicals to feel more pleasure. Addiction leads us to ignore our work, studies, family, and friends.

Whether you call it an obsession or an addiction, one thing is clear that phones are a might distraction in our lives. Cutting this obsession or addiction is hard as it is wired in our brain now. But we can control their impact to a certain extent in our lives, especially during the teenage years. There is no magic formula but using a mobile monitoring app like Xnspy can be an effective choice to counter device addiction among the children.