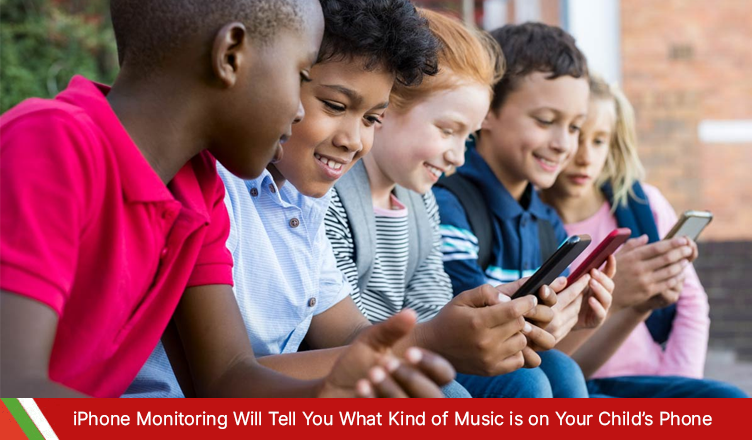 Growing up, I would listen to a lot of Stevie Nicks. I had her posters up my wall and I would twirl around, shawl in hand, pretending to be her. Needless to say, my mom absolutely hated that phase of mine. She detested everything about the “hippie rock nonsense”.

Parents today aren’t all that different. They dislike most teen icons that hit the television screen. And you know what? In some cases, they’re quite right to. I didn’t understand it then, but the music I listened to in my teen years did shape the person I became eventually.

So what happens if your kid idolizes the wrong kind of pop or rock star?

Moreover, these days, kids listen to music on their iPhones with their headphones on, so you might not even know if they’re listening to something inappropriate. Well, apparently, it does. A recent study has shown that rebellious music often results in teenage delinquency.

This adolescent music study has often been questioned. Many other researchers believe that music tastes are completely random and have no real impact on personality.

However, you cannot ignore that at one point or the other, pop culture icons influence your teenaged kids in some way.

The flip side is also true where your teenager listens to music that conforms to his identity.

It could be punk… But many times, they align their musical preferences with their identities, and often dress and act in accordance to it. Remember your teenaged son or daughter is discovering who they are so they will experiment with a lot of social identities. You need to practice iPhone monitoring to make sure they don’t harm themselves in the process.

Why You Need To Be Concerned

If you’ve ever wondered why you feel better after listening to your favorite song, it’s because music affects how you think. Take a look at this:

So, it would be a good idea if you knew what your kid listens to on their iPhone.

Whether your music preference determines your personality or not is debatable. However, you cannot turn a blind eye on the fact that the imagery and the message that comes with the music can be quite inappropriate.

A lot of music these days talks about

And it’s not just that they talk about them. They glorify these things. Not an idea you would want to give your 12 year old, is it?

Moreover, you should be concerned when they go to concerts or music festivals because increasing reports have shown that kids tend to indulge in narcotics in these settings.

What You Can Do

Can you really dictate what kind of music your kid listens to? When I was a teenager, my siblings and I could not listen to Madonna in the house. At all. Our mother reckoned she promoted promiscuity and was—to put it lightly—spawn of the devil. So I suppose yes, to an extent, she did control what kind of music we were exposed to.

But if you don’t want to be that nagging (and frankly, uncool) parent, you could use iPhone monitoring software.

It has a feature which helps you look at their videos. If you’re using our app; all you have to do is head over to the Control Panel and click on the videos tab.

On this tab, you will be able to view the list of music video files that your teenager has on their phone. You can even view their web browsing activity to see what they view on the internet in terms of music.

Once you’ve gone through the songs, and you see something you don’t like, you’ll know it’s time to have a conversation with your child.

Why You Need to be Proactive

Banning music that has questionable content has long been debated because it goes against artistry and freedom of speech. But if the censorship won’t do anything about it, you need to take matters into your own hands.

Remember, not all kinds of popular music is bad. So many other artists promote individuality, empowerment and loving yourself. You just need to be aware of the kind of music that promotes the wrong stuff.

Do you monitor the kind of music your children listen to? Share your methods with us!