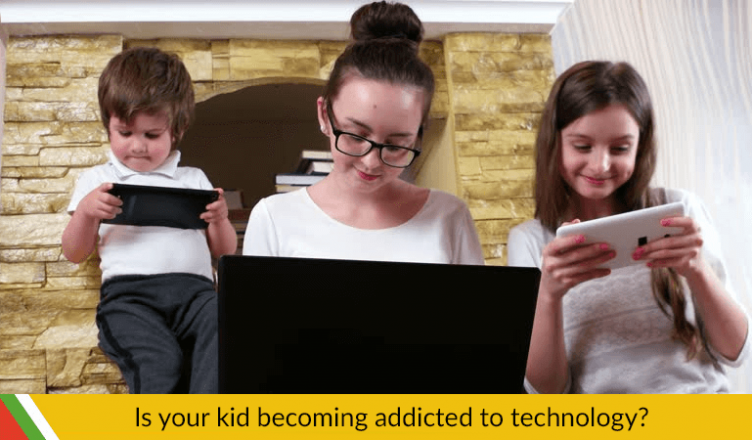 The parents of today reminiscence about the old days when the whole family used a single computer and it was placed right in the middle of the living room so everyone could see what the other family member was up to. Things were manageable and simpler. But the recent six to seven years have changed how things were normally done, to a great extent. The rage of smartphones, tablets and social media and with the kids having their own mini-computers in the palm of their hands has complicated parenting. A typical parent has to learn all about the ‘in’ apps and learn about technology in a whole new scenario.

The Dilemma of Modern Parents:

There are so many distractions like Snapchat, Facebook, and Instagram and if not that, it’s the Xbox or PlayStation. Looks like everything the kids do these days involves a screen. With increasing screen-time, the time that could be used playing out in the street and with family has diminished to nothingness. Living in the present times, the explosion of digital devices has led the parents to adopt digital methods of parenting children today. For some kids, the use of screens had become more of an addiction and the current parents have to be the first of their generation to face this. Some parents are clueless regarding where to start.

Technology – Addiction or not?

Technology itself is not an addiction. It is a clear fact that excess of anything is bad. A number of kids use smartphones using social media and spend time gaming for few hours but even then, they are not addicted. But when this time span of few hours at random intervals more than that that can be calculated to 30-40 hours per week that is a sign of addiction.

There are kids who technology usage levels are on the verge of extreme or unhealthy and it is then when this addiction impacts their behavior and personality. The usage of technology makes them lose interaction with their ‘real world’ friends, the grades suffer and this where the technology usage become quite the problem for the digital parents. If you are a parent who is concerned about their child’s technological habits, then here are some of the ‘generally accepted’ warning signs:

These are ofcourse, the extreme cases. But as a parent, it is vital that you take digital monitoring seriously. Technology addiction could wreak havoc with your child’s personality, behavior, social interaction as well as their emotional well-being.

Kids can become socially isolated when then spend 5-6 straight hours interacting with virtual friends online. Some of the kids lose their friends too as they do not share the same gaming obsession like them. As more time is spent on the screens, be it using social media or gaming, school grades suffer a great deal as school work is ignored. Kids sometimes lie and instead of studying or doing homework, play games in their room.

Constant use of screens and stressing both eyes and hands is exhausting for the body. Staying up late or using cell phones in bed disturbs the sleep patterns as well due to which kids’ health can suffer. Kids begin to get really anxious and irritated if they are denied technology which is not healthy behavior at all. If the teens are older, they can actually get physically aggressive and violent.

What should parents do?

Here are some of the tips parents could try to control their kids’ technology addiction or better, implement these early so that their kids know to use technology in a limit.

Explain the dangers of the technology addiction to your kids so that your kids know that they need to keep a balance which is healthy for their health and well-being. Make sure that your kids are able to understand the risks and why it is important for you, as parents, to define and set certain limits regarding screen time.

Setting time limits is the second step. Have a discussion with your children and come up with a reasonable ‘technology time’. Compare it with the hours spent in school and tell your kids that it is not necessary that their school-time and technology time has to be equal. A healthy screen time for a young child is 2 hours a day and for a teenager, 2-3 hours per day and that too, when they are done with their household chores and homework. These time limits could be varied for weekends.

But make sure that these limits are strictly followed. You could come up with some other healthy activities for your kids to indulge in outside of technology. Encourage them to invest more time and interest in the real world too.

A Mobile Agreement could be an interesting approach too. Write up an agreement regarding technology use for your kid and in that limit the screen use for gaming and social media with a bit leniency for calls and normal text messaging in the non-technology hours. Also, do not allow the laptops, tablets and mobile phones in the bedroom to your tweens. The rule can be changed when they have grown a bit.

The Internet is not going anywhere. Therefore, banning technology altogether is not a healthy solution at all. Avoid threatening to ban technology time if your kid makes a mistake, misbehaves or does something that requires retribution. But do lessen the assigned technology time so that your kid knows that they will be reprimanded for bad behavior or rule breaking.

Last but not the least, when you feel that your kids are grown up now and do not need 24/7 monitoring but just a check from time to time, Xnspy is the digital answer to your digital parenting worries and woes.