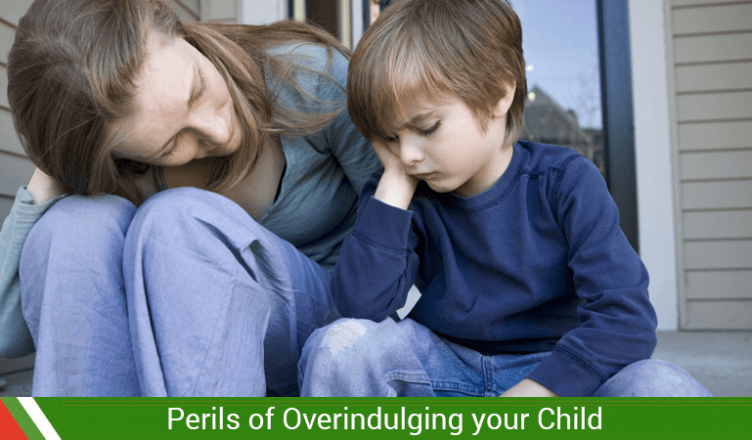 Who doesn’t love to pamper their little one? As parents, we take it as our duty to get our kids the best of things. The best toys, the best clothes, and all that we couldn’t have in our childhood. Now, on the surface, all of this seems pretty great, doesn’t it? Themed birthday parties, lavish vacations, the latest gadgets, and eating at expensive places.

But did you know that children don’t need to be entertained all the time? Giving them too many things and privileges tend to have negative impacts on their personalities. Overindulging is as real as it gets. And doing so could last in lifelong consequences for most children.

If you think that buying your children tons of toys and gifts is overindulgence, it is not only that. It also includes allowing too much freedom to your children and too little discipline.

According to the Overindulgence Project, the researchers have identified three types of overindulgence:

Why Do Parents Overindulge Their Kids?

There could be tons of reasons why parents tend to overindulge kids. The most common reason behind this is guilt.

Take the example of parents who work long hours and can’t spend enough time with their children. They try to make up for not being around by buying numerous gifts.

Another reason is that parents want their children to be happy. So, instead of risking your children getting unhappy or upset, parents give in and let them have whatever they wish to have.

Then, there are parents who are unprepared to deal with behavioral problems. To sum up, they are ill-equipped to handle children’s temper tantrums and defiance. To make their life easier, they avoid establishing rules and disciplining their children.

Following are a few reasons why you should think a few times before you give your child whatever he wants whenever he wants:

How you can stop overindulging your children?

If you are a guilty parent who has been over-spending on their child and overindulges them, you have to create a positive change in your family. You have to commit to yourself and put a stop to unhealthy behaviors. Say no once in a while so that your child learns that sometimes in life, you don’t get everything you want. Initially, when you stop overindulging your child and say no to them, you would see a retaliation. As your child has become used to getting everything he has ever wanted, it will be difficult to hear no. You would see behavioral problems as well. It is also possible that they would everything to undermine your efforts as well. Eventually, when you become authoritative and enforce the right rules, your child will learn valuable life skills to become a responsible adult.