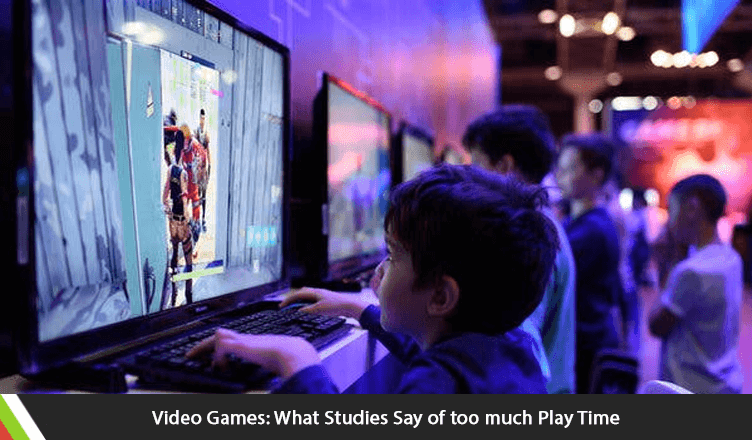 It is transcendent to do things you enjoy, but can you go too far with a hobby? And at what time does it convert into an addiction? That’s the question every parent wants to know about playing video games. According to the World Health Organization, video game addiction is a mental health disorder. Video games have now become an internationally recognized addiction. On May 25, 2019, the WHO officially voted to adopt the latest 11th edition of its International Classification of Diseases (ICD) to add an entry on “gaming disorder” as a behavioral addiction.

According to the WHO, “For gaming disorder to be diagnosed, the behavior pattern must be of sufficient severity to result in significant impairment in personal, family, social, educational, occupational or other important areas of functioning and would normally have been evident for at least 12 months… people who partake in gaming should be alert to the amount of time they spend on gaming activities, particularly when it is to the exclusion of other daily activities.”

According to Pew Research Center, 8 in 10 teens say they have a game console at home or have access to one. 97 percent of teen boys and 83 percent of girls play games on some kind of digital device. According to the WHO, being a video game fan isn’t enough to be classified as having gaming disorder. The labeling standards don’t depend on a certain amount of hours spent playing. Rather, the classification of someone with an incapability to quit playing even though it meddles with other significant areas of one’s life, including family relations, school, work, and sleep.

Some teens can enjoy it for a few hours and then walk away slaked. Their consumption can be with friends or alone in their rooms, but their exam scores never fall, they have strong ties with their peers, they are usually friendly and peaceful around the house, and never miss extracurricular and outdoor activities. Yet other individuals become consumed and helpless to let go. Their personality is highly influenced, grades fall, and class attendance, sports, and extracurricular activities take a nosedive. Their relationships become frayed. Reports show that some of these individuals suffer from mental health issues.

In the United States, more than 166 million people play video games daily, which is considered three hours a week. Surprisingly, the average age of an American gamer is 35 years, where more than 72 percent of gamers are 18-years-old and older. The proportion of male video game players is more than their female counterparts.

Signs to Watch For

The American Psychiatric Association has classified several warning indicators to watch for when it comes to gaming addiction. We have further categorized these signs based on psychological, behavioral, and physical changes.

Gaming addiction is a compulsive mental health disorder that can wreck one’s life. Though most of the signs mentioned above have short-term impacts, these can lead to adverse long-term effects if not addressed timely. It is usual for a game addict to spend more than 10 hours a day gaming. Engaged in their gaming sessions, they commonly have poor diet plans. Majority of the gamers are found to be dehydrated and malnourished. While the short-term effect of this may include fatigue and hunger, but eventually, they will suffer from sleep deprivation, sleep disorders, and other diet-related health issues.

They usually miss out on family gatherings and outings with friends. In the long-term, they find themselves without any friends at all. They tend to be moody, irritable, depressed, and physically aggressive. Game addiction hurts the academic performance of children. They usually refuse to go to school or skip their homework. They may experience functional impairment in multiple areas of their lives. Game addicts also suffer from agoraphobia, which is a type of anxiety disorder that involves a fear of the crowd, bridges, or of being outside alone. In some cases, addicts report hikikomori, which is mostly used for adults who withdraw from social life.

Tips to Manage your Child’s gaming

Of course, not every individual who plays games a lot has a problem with it. Billions of people play video games, and the majority of them don’t have an addiction. The WHO estimates show that the proportion of those who struggle with gaming addiction is 3-4 percent. The difference between fun activity and addiction is based on the influence this activity is having in your life.

As a parent, you can take certain actions to minimize the negative impact of video games on kids to mitigate the likelihood of addiction.

With the latest advancement in gaming consoles, it has become difficult for parents to lead their kids away from developing the habit of gaming. The best thing you could do is to be a proactive parent in your child’s activities. Be involved and explore the gaming world together. Be a role model to show your kids how to keep a balance between the virtual and the real world.