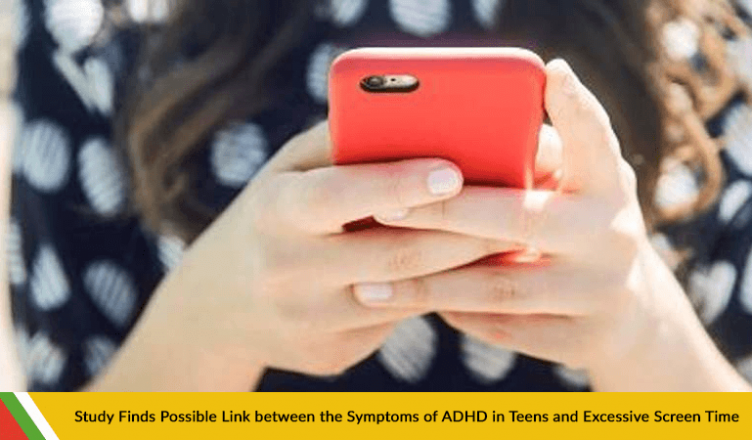 According to a recent study published in the Journal of the American Medical Association, teens who spend a lot of time on social media have shown an increase in ADHD (attention-deficit/hyperactivity disorder) symptoms. The study monitored 2600 high school teenagers for ADHD symptoms. Those who used a variety of digital media platforms multiple times a day, were more susceptible to report new ADHD symptoms over a two-year period compared to their less digitally active friends.

Previously, studies have linked social networks like Facebook, with affecting mental health. But the cause of it cannot be determined. There is a possibility according to depression studies that people who are depressed find it hard to socialize and interact with people in real life and, therefore, have taken to the Internet for comfort and online interaction rather than the real world.

What does that imply? The Internet is not really the reason behind causing depression. It is one’s own mental state. The study found that it is possible that the ADHD symptoms are leading the kids to get satisfaction from social media. It is also possible that the Internet provides the teens with constant distractions and entertainment that make it harder for them to focus, be patient and control their impulses. Lacking these traits in one’s personality are signs of ADHD.

This study tends to be the first of its kind that has taken a detailed look at both the modern media and ADHD where people are easily distracted because of smartphones whether they want their attention diverted or not.

A professor of preventive medicine at the University of Southern California, Adam Leventhal carried out a research in which high school sophomores from 10 different high schools from the Los Angeles County were surveyed. Over 2,800 students took were asked to fill out a questionnaire regarding ADHD symptoms and one regarding their digital media usage.

The survey asked the students to evaluate whether these statements applied to them:

“I don’t listen when spoken directly.”

“I am easily distracted.”

The students also answered how often they used the multiple types of digital media like texting, using social media, streaming movies or TV shows. Students having substantial ADHD symptoms in the first survey were removed from the studies as the researchers wanted to find out which came first; the digital media use, or the ADHD symptoms. Those students, who did not have significant ADHD symptoms kept on taking the surveys from time to time over the next two years.

An important thing to note is that this study does not say for sure if the excessive use of social media is causing ADHD symptoms. But it did emphasize that the kids were using social media before these symptoms appeared. It’s not something to panic about but it does call for the parents to sit their kids down and have a detailed discussion with them regarding how they use and react to technology.

The study revealed that almost 81% of the students used at least one form of digital media many times a day like texting and social media. The chances of experiencing signs of ADHD increased with the addition of each digital media platform they reported of using.

Clearly, the study features some limitations. People are reluctant to admit to having signs of ADHD behavior. Furthermore, the study has not yet explored the reasons behind the increased symptoms. Phone notifications tend to distract and divide the kids’ attention span and focus, which leads to complications on developing of the skills required for better concentration, and as a result, leading ADHD symptoms to climb. Having social networking and entertainment a few taps away could also lead kids to look for an easy and instant satisfaction that makes them impatient. Some of the other reasons leading to such behavior could be family dysfunction, poverty or psychosocial stress. Combined together, all of these are correlated with having attention problems.

As parents, it is better to have a detailed discussion with your child regarding their digital media use. Apart from that, you always have Xnspy screen-time monitoring solution at hand which allows you to remotely your kids’ screen time efficiently and implement the right parental control practices.