Skip to content
XNSPY Official Blog > Child Monitoring > Your Child Might Have a Gaming Addiction – Get Ahead of it! 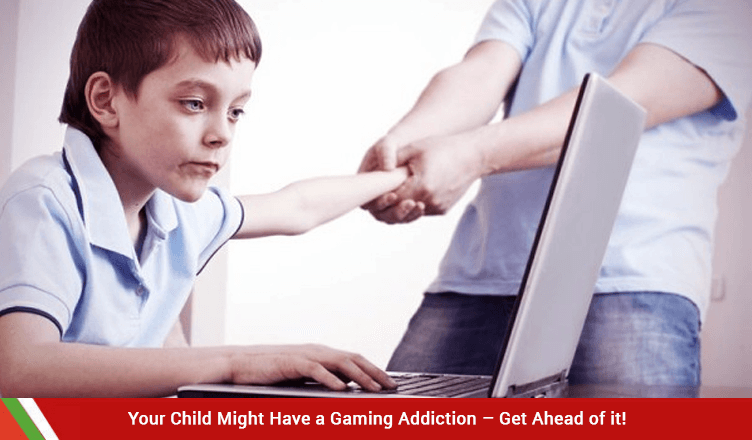 Everything in moderation is commonly believed to be good for you. We cannot say everything but at least gaming is no exception to that rule. With a smartphone in every tweens hand, mobile gaming has become quite the trend today. Their excessive obsession with highly addictive games raises an alarming concern. Is this good for your young ones?

Recently, the World Health Organization (WHO) identified gaming addiction as a part of their official medical disorders. Parents must already be wondering whether their child is suffering from it or not.

There is no denying the fact that gaming addiction in teens is a legitimate concern.

At the same time, American Psychiatric Association (APA) does not rule gaming addiction as a mental health issue based on the insufficient facts supporting this claim. However, more studies are being conducted into this field so a connection between the two may well be established at a later time. Who knows?

Mobile and video gaming are often portrayed as huge obstacles between kids and their studies. However, playing video games is not all that bad:

While playing video games, most of the time, one needs to make split-second decisions to achieve victory. Discerning smart plays in an instant can help them develop quick decision-making skills and coping with sudden changes to attain any goal.

Contradicting many popular beliefs, mobile gaming can help improve several cognitive skills in the growing tweens. One can learn to be more attentive to their surroundings, memorize, reason, and percept better while playing.

Studies have shown to increase eye-hand coordination in teens when they played shooter games. In this genre, a player has to be mindful of other players’ positions, speed, aiming correctly, and many other variables. Processing all this as it happens forces the brain to learn proper hand placements and movements over the keyboard, mouse, or whichever controller being used.

The best use of video and mobile games might just be that young ones can develop their problem-solving skills while playing strategic role-play games (RPGs).

Is Your Child Addicted to Mobile Gaming?

Parenting is a taxing job. As a parent, you have to worry about your child’s general wellbeing, studies, social life, and whatnot. Now, this increasing gaming fever among teenagers is another cause of concern.

If your young one spends hours upon hours looking down into their smartphone’s screen, then it might be time to address the matter.

But don’t worry, apps like XNSPY are available for you to keep an eye on your children and their gaming activities. If you fear they are missing out on their studies or not following their sleep schedule. You can just disable those specific apps using the app-blocking feature on your chosen intervals.

All the Negative Effects

Jumping in at the right time to save your children from gaming addiction can spare them from going through all the negative aspects. Some of them are:

Due to the violent nature of many games, children often become prone to aggression. A combined analysis of over 100 research papers has led to this conclusion that playing violent video games can evoke increased aggressive behavior in some cases.

Whenever someone sits in one place for longer periods, it cannot be good for their health. It affects growing tweens more than anything. Digital gaming compels one to avoid physical exercise and look at display screens that may lead to obesity and nearsightedness, to say the least.

Playing games all the time and neglecting schoolwork can only mean bad grades. Over time, doing poorly in tests can even result in a lack of interest in their studies altogether.

Another adverse effect of gaming addiction can lead your child to have no social life. Having no friends as a teenager makes it even harder for them to fit in when they become adults.

So, it’s best to talk to your children if you think they might be addicted to gaming. Always better to tackle the problem before it gets out of hand.