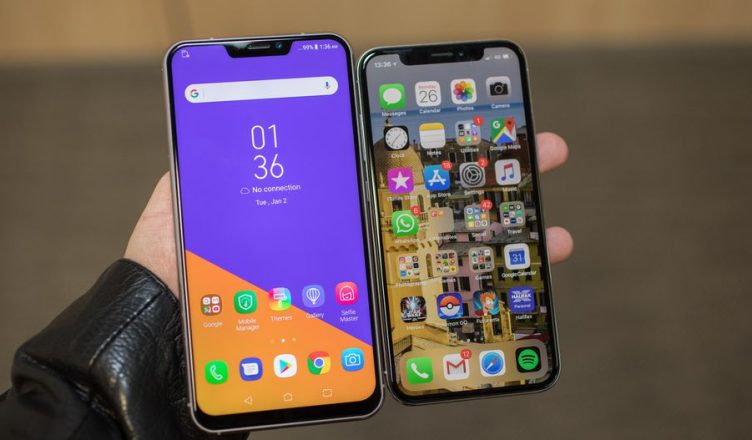 Technology is dictating our lives more than ever. People are getting faster and cheaper devices at their doorsteps without any extra cost. We see automation in every industry. Most of our routine activities are completed without human intervention. Digital technology has aided the speed of automation. Though automation is confined mostly to the workplaces, what if our society as a whole is upgraded to automation? Automation is creating an organized society but what will be the roles of us humans in this process?

According to The Ericsson 10 Hot Consumer Trends 2019 report, people have mixed feelings about the role of technology. The respondents of this survey have staggering perspectives and the consumer views about the automated society have been the theme of this new report.

Here are consumer trends to look out for in the year 2019 according to this survey.

Awareables are those devices that will soon know us better than we know them. Today, our smartphones have more sensors than any other device at our homes. Though Face ID is only being used to unlock our phones, what if they become fully aware of ourselves? AI is already equipped to tell about our personality by simply looking into our eyes.

According to the survey, 42% of the respondents think that smartphones will understand them better than their friends. 56% of virtual assistant users want their smart speakers to lower their voice depending on their mood. Similarly, 52% want their smartwatch to block the notifications when it finds you are busy. Surprisingly, 47% of the participants wanted an app to investigate a social media post by noticing the surprised look on your face. Even astounding is that twice as many trust an AI device to keep their secrets than the humans.

This refers to the users’ arguments with their virtual assistants. In the future, you can expect to have smart talks with your speakers or phone assistants just like you have with your family. Just like we argue with our siblings or quarrels over trivial matters, this behavior could be observed in our smart devices.

Most of the smartphone users feel that the apps on their phones are spying on them. There has been a lot of talk in the past when people have been talking about a product and its advertisement started appearing in their newsfeed. Although this has not been verified by any evidence, you may have experienced something similar.

This feeling of being constantly monitored by the apps is on the users’ nerves. 47% of the users believe that apps on their phone use their camera, microphone, and location information to collect data about their behaviors even when the apps are not in use.

Most of the people are cognizant of the fact that companies are making profit at the expense of their privacy. Apps use the data collected from the smartphone to make profits. These are views of 52% of the people who responded about the role of apps. More than half of the consumers want to avoid using those apps that misuse their personal data without their permission. That’s why 50% of the participants feel there is a need for global laws on data privacy.

Have you noticed that every other website you visit asks for your permission to “Allow Cookies”? This is a long message in the shape of a bar and it has become an enforced choice to make. More and more websites want to collect our browsing information and it has become a mandatory practice. Although EU data privacy right of the consumers have laws for it, these online permissions have enabled the global companies to sign away users’ right to personal data.

All this results in consumer fatigue. More than half of the users are of the view that all the companies have a standard agreement. This agreement should allow the users to make a choice that how much information that want to give to the company. Only 8% of the people have no qualms over sharing their information with the companies whereas 51% dislike this.

46% of the respondents in the survey said that by agreeing to so many agreements, it all makes this enforced and worthless. Due to these issues, 47% of the users think that internet needs to have a new business model that is beyond advertising.

We are confronting a diminishing understanding of the physical world around us due to the increasing use of the internet. We feel bored and helpless when we don’t have anything to do on social media. That’s why almost half of the respondents think that those who use too much internet forget the idea of doing simple things in the real world.

But we are now entering a different world where we will be able to interact with things just like our physical world. Augmented Reality and Virtual Reality have made it possible to cook the best food imaginable and fix a broken chair even if we have never done that before. 82% of the respondents in the survey think that AR/VR will be mainstream technology in the next three years. Around 60% of the participants wanted to have AR/VR glasses that can give on-screen instructions to repair almost everything.

Don’t you think that all this automation and the convenience offered by the technology is going to make us lazy? Consider this situation: You want to have breakfast but you are unable to decide between toast and cereal without asking your digital device. This behavior could become a reality as 34% of the respondents would trust their AI as a nutritionist but only 25% would trust a human. This overreliance on the tech may bring you to an end where you no longer know how you feel. 57% of the users want their smartphones to alert them when they are becoming ill and 54% of the smartwatch users want to be notified when they are getting stressed.

But that would lead to a number of people having medical appointments without knowing why. That is why 43% of the users want their virtual assistants to tell them when they should visit a doctor, dentist, or hairdresser. When devices can do everything for us, it will seriously impact our ability of critical thinking. As a result, 31% of the consumers think that they expect to go to a “mind gym” to practice thinking.

But what does all that self-monitoring could yield? The best benefit would be minimizing environmental impact. Wearable technologies today have matured and they offer wellbeing not only in terms of calories but also about carbon dioxide. People are using their devices to connect their health to a healthy environment around them. That’s why 39% of the respondents would like to have an eco-smartwatch that could measure their daily carbon footprint.

But more than that, 4 in 10 people would want their virtual assistants to optimize their water use and indoor temperature.

You will have your digital clone to be in two places at the same time. This might sound wizardry, but we are already practicing it often. It is just like having a chat on the internet, though we are physically in one room, we are mentally engaged in a conversation in some other place. 48% of the AR/VR users think that their digital avatars will look so realistic that they will no different to looking in a mirror. This applies not only on to ordinary people but also to celebrities and politicians. We will be unable to identify the real ones from their avatars. That’s why 46% of the people fear that they might be held responsible if their digital twin does something illegal.

There is a global acceptance that AR/VR tech will improve and 32% think that VR shopping will be easier with 5G technology. In fact, with 5G you can expect an era in which device use may surprise us all.

The results of this report are based on the Ericsson’s ConsumerLab’s global research activities spanning over 23 years. This survey was conducted during Oct 2018 in 10 influential cities of the world.