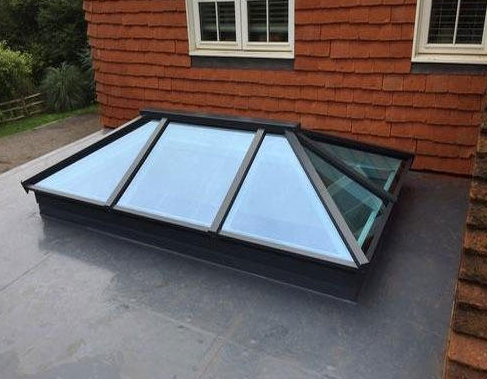 The Consumer Electronics Show is an annual event where technology giants from the industry come together and show off all the technology that they have been working on over the past few years. These events always look like something out of a Star Trek movie, with everything looking so futuristic, shiny and new. Some of the technology shown at CES is actually unbelievable and surreal that it becomes difficult to believe that we have come so far with technology. Like for example: It is weird to think that we have arrived to a point with technology where the grocery store might come to you in a futuristic looking minibus.

There were a lot of surprises and a lot of things to be awed at in CES 2018. Attending these shows might actually make one’s head spin. There is so much technology at these events that it legitimately becomes tiresome with everything you might be excited about. But worry not, XNSPY has compiled a list of technology items ranging from phones to TVs that you should be most excited about.

Keep in mind, there was a lot of technology at display at CES 2018 so there are some things that we might have missed. We have compiled a list of things that we were most excited about and felt our readers would like too. So without further ado, here is XNSPY’s best of CES 2018!

We already talked about this a bit above and it deserves to be talked about some more. Japanese motor vehicle giant Toyota revealed to the world their “e-Pallete”- an electric self-driving mini bus that os looking to change how businesses work and how we might live our lives.

The minibus dubbed the “e-Pallete” is a boxy, large and futuristic looking minibus that CEO of Toyota Akio Toyoda says will bring the store to you. The travelling minibus can serve as a small store for retailers to use and sell their products everywhere. Small shoe stores, a tiny convenience store, and a clothes store- the possibilities are endless.

The usefulness of this e-Pallete do not end here. Toyota CEO Akio Toyoda revealed that Toyota are already working with Amazon, Uber, Pizza Hut and Didi.  The minibus might be used as a carpool of sorts with companies like Uber. Imagine ordering a pizza and having the entire pizza parlor come to you and making the pizza in front of your house. The e-Pallete can be used as travelling clinics and medical centers to get medical assistance to people quick as ever. This minibus is an amazing new technology but it still in the works at the moment.

Toyota say they are still working on this and will start initial testing in 2020. CEO of Toyota Akio Toyoda said he hopes to show off more at the Japanese Olympics in 2020.

The Chinese device manufacturer Vivo put on display the world’s first in-display fingerprint sensor on a smartphone. Usually manufacturers have to make an entire separate button or place on the already tightly knit smartphone. In this day and age of bezel-less displays putting a fingerprint scanner on the phone becomes a huge problem.

But this problem will now by the looks of it fade away. Smartphone manufacturers have been trying their hardest to implement this tech ever since the bezel-less design became popular but have constantly faced failure. Even Apple in their new iPhone X reportedly tried to implement it and failed.

Only drawback here is that this feature will only be available with the highest end of smartphones which of course will cost a lot. OLED is expensive and since the under-display scanner only works with OLED we will have to spend a lot of money on phones with this feature.

Virtual Reality has taken the world by storm in the last couple of years. It has amazed and awed people by the wonderful possibilities it has and still continues to do so. Oculus Rift, HTC Vive and Samsung, PlayStation VR are a few names that are leading the world in virtual reality technology.

The HTC Vive though, has been adopted by the gaming community as a favorite. The Vive certainly took off with many gamers preferring it over other virtual reality platforms. Virtual Reality in itself is in the process of becoming a staple in the world of video games and the all new HTV Vive Pro is here to cement that fact.

The HTC Vive Pro ups the resolution of the headset by a whopping 78% over the last model. There has been an addition of two front facing cameras on the headset, new built in surround sound headphones and a better ergonomic design. But the best feature of them all is one that everyone who has owned a virtual reality headset has been yearning for. The HTC Vive Pro will be completely wireless. Yes, there will be no wires involved thanks to a partnership with Intel.

Virtual reality has so many implementations within the real world. Artists, teachers, scientists, students- so many people can utilize the HTC Vive Pro for their use.

The front facing camera will show the player their surroundings without having to take the headset off. This has serious potential for the implementation of augmented reality within virtual reality.

That wraps up Part 1 of XNSPY’s favorite technology displayed at CES 2018! We will cover some more of our favorite tech in a Part 2 to this blog so keep a lookout for it!