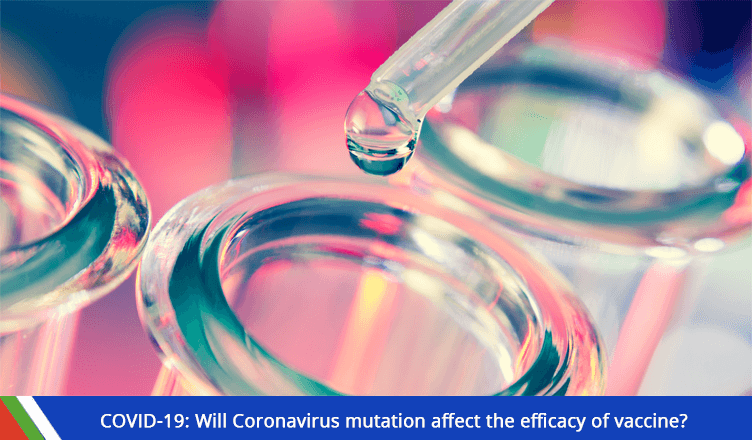 The SARS-CoV-2, the main cause behind the current global pandemic, mutates slowly, a new study from Italian researchers says. This indicates that the development of any effective vaccine to keep people from getting infected, would be effective and that, too, over a relatively long period.

This research was conducted by the National Institute for Infectious Diseases (IRCCS), and the Forensic Division of the Department of Biomedical Sciences and Public Health (DSBSP), at Ancona University Hospital by two teams that worked independently from each other. Researchers performed genetic sequencing tests on the virus samples acquired from Italian patients.

The study compared the sample against a reference genome sequenced from the virus’s sample taken from the Wuhan outbreak two months ago. The two samples differ from each other minutely as in terms of genetic variation. SARS-CoV-2 has only subtle changes in its genome, and the virus does not mutate much. It appears to be the same wherever it has come up, and each strain is almost the same.

The Italian samples had only five variants. This points to the fact that the SARS-CoV-2 coronavirus remains stable even after it transmits across numerous individuals and populations.

The slow mutation rate has two positive implications, which means that the virus is stable in its current form and will not get deadlier as it spreads. This is good news as most of the other viruses are quick to mutate. Take the example of the seasonal flu. Although it is a lot less severe, health professionals still find it challenging to fight. The experts who have been following the spread of this spread found that it mutates at a slower rate.

So, there is hope that the new vaccine could be effective in the future. According to a molecular geneticist, Peter Thielen, at John Hopkins University, 1000 samples of the new coronavirus were analyzed. And it revealed only 4 to 10 genetic differences between the strains that infected the U.S. and that originated in Wuhan, China.

COVID-19 is more stable than the flu

As said earlier, viruses mutate over time, and as they replicate, minute errors keep on appearing in the genetic code of the virus. Then it spreads through the virus’s population. These mutations in the virus break up the virus into multiple strains, without impacting its spread as well as its contagiousness.

These genetic errors are helpful to scientists and assist them in tracking how the virus navigates through the population.

Andrew Rambaut, a biologist from the University of Edinburgh, states that SARS-CoV-2 gained an average of one to two mutations in a month that is about two to four times slower than the flu.

Another scientist, Trevor Bedford says that comparatively, the flu virus mutates once in every 10 days across the genome.

The virus mutations are not deadlier than the original strains

Like all viruses, the COVID-19 has been mutating over the past few months but at a slow speed. And when it does, these do not differ much from the original virus, nor they are more fatal than the original Wuhan city strain that surfaced in late December.

It is rare for a virus to get aggressive after mutation and RNA viruses tend to become weaker.

So, the new Coronavirus has gone through a mutation a couple of times that lead to concerns about whether the disease could advance to a deadlier version. But since it mutates slowly, the vaccines are going to be effective in the long run. Also, the new mutations are much like the original virus found in Wuhan that is not aggressive anymore. Due to the similarities of the mutations, they will not impact the effectiveness of the vaccine. The slow nature of the mutation is going to turn out well for the vaccine that should keep people safe from the original as well as new mutations.