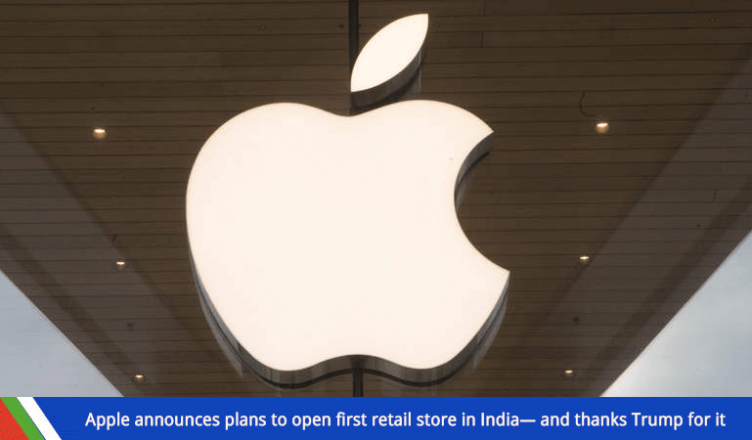 On 27th February, the US tech giant Apple announced that it will open its first retail store in India next year. Furthermore, the company will also initiate online sales in 2020. This was revealed by the company’s CEO Tim Cook.

Apple fans in India can now get their hands on Apple products directly from the company’s retail stores rather than local outlets and other e-commerce platforms.


India is among the largest markets in the world and is coveted by giants in every industry. The smartphone market in the country is currently dominated by Samsung and Xiaomi, with the cost of the iPhone proving the biggest barrier to growth for the US-based company. Apple has consistently tried to break into the Indian market but has been unable to replicate the success enjoyed by the likes of Samsung and Xiaomi because Apple’s products have simply been unaffordable for a vast portion of the Indian population. However, the iPhone 11 proved to be very popular in India, with the company recording a 200% growth in shipments to the country. Another major reason for the lack of presence was the requirement by the Indian government to source at least 30% of the raw materials from India, something that Apple was unwilling to do. The company also expressed discomfort in working with local retail partners.


“I don’t want somebody else to run the brand for us,” Apple CEO Tim Cook revealed during an interview.

“We wouldn’t be a very good partner in retail. We like to do things our own way,” he added.

However, Cook also revealed that many of the regulatory issues preventing the company from opening a retail store in India were helpfully resolved during the recent visit of the US President Donald Trump to India.

“The administration worked on this with the Indian government and that change has been made,” Cook said in response to a question regarding regulations in India.


“I see India as a huge opportunity for us. For years, we could not enter there unless we entered there with a partner into retail and we did not want to do that. We wanted to maintain control of our brand and so forth,” the Apple CEO explained.


“The (Trump) administration worked on this with the Indian government and that change has been made and so we are very positive on entering there online this year and in retail next year,” he added. According to reports, the first Apple retail store in India will be based in Mumbai.

Apple is among the largest companies in the world and is known for developing devices and programs with unique design and utility. The latest iteration of the venerable iPhone, the iPhone 11, was launched in September last year to much fanfare.