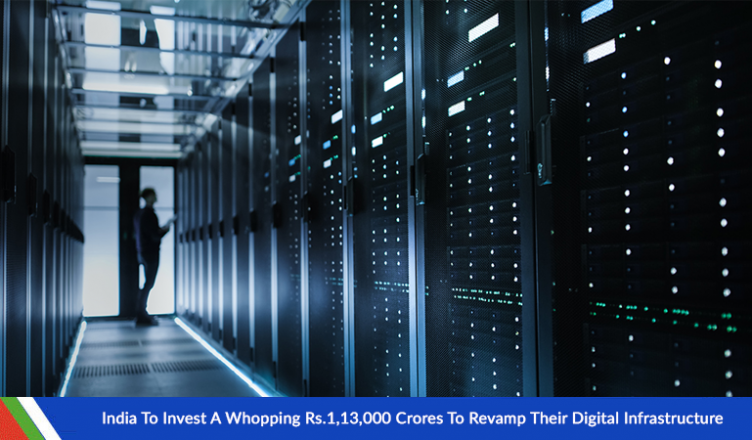 Digital India is an initiative executed under the BJP government, envisioned by the Department of Electronics and Information Technology (DeitY), estimated at Rs.1,13,000 crores. The program will be revamping digital infrastructure under its 9 pillars across the country and developing India into a digital ecosystem. The government hopes to serve its citizens electronically through an enhanced e-infrastructure, increasing internet connectivity and basically, transforming India into a digitally-empowered society.

The 9 pillars of this program or you may call them the nine major projects of the program are:

Under these pillars, the program was expected to be fully implemented by 2018, and in 2019, India would see the dawn of a new digital India, but the implementation process is still underway and the stakeholders are working day and night to execute the program in its entirety as soon as possible.

With each and every department being digitalized, it will make an enormous amount of data vulnerable and susceptible to exploitation. The cybercriminals can develop their technology to break into the system as previously major businesses and banks in India suffered through such break-ins, causing them financial losses at the hands of these cybercriminals. From personal to public data, through Internet of Things many devices will be connected with each other that the amount of such a massive data will attract potential threats of cyberattacks. It is crucial to counter these threats and devise a competitive strategy for cybersecurity under the program. Since, the main focus has been on providing digital convenience to the citizens, there is no equally-competitive strategy or policy to protect the citizens and their data from cyberattacks, nor does it seem like a priority for the government. Mumbai-based Ambarish Deshpande, managing director, Blue Coat Systems says, “This complex convergence makes it even more susceptible to cybercriminals, who will stir up confusion by hacking into networks.” It is important for the policymakers to understand that with every move they make towards digitalizing India, they also need to take equal steps towards creating competitive policies for cybersecurity, because digitalization on such a huge scale makes India a hotspot for cybercriminals. As some cybercriminals are interested in selfish financial gains, some hold agendas that are beyond selfish gains; they are interested in sabotaging the national security. A study called, ‘Protecting Interconnected Systems in the Cyber Era’ reveals that, “The profile and motivation of cyber attackers are fast changing. A new breed of cyber criminals has now emerged, whose main aim is not just financial gains but also causing disruption and chaos to businesses in particular and the nation at large.” Studies as such keep the businesses and governments aware of enhancements in the cyber sector. Thus, such studies should be state funded under the digital India program in order to keep up with constantly enhancing technology rather than rely on the studies that are no longer reliable.

Though, it does not mean that there is no certain policy in place as a part of Digital India program, fairly, The National Information Security Policy has been placed to take care of protecting the information infrastructure in cyber space, prevent and respond to cyber-threats, minimize the damage from cyberattacks through institutional structures, and fix the vulnerabilities. But the real question that arises in every concerned person’s mind is that how effective and operational the policy will be? Will it continue to further meet with the technological advancements? And is it reliable enough to counter threats from cybercriminals who are reaching far end of their technology day and night? These questions place Digital India program in a tough spot, since the national security is under concern. Furthermore, the government can take the following measures to sustain the digital India program and keep the national security intact:

India has the seventh largest economy in the world and with that, it aims to digitalize its state’s system and empower its citizens with a future that regulates around a digital infrastructure. Such ambitions come with their certain risks and the question they trigger is that is India capable enough to deal with the potential risks or is it just looking at the pretty side of a big picture? Only time will tell.