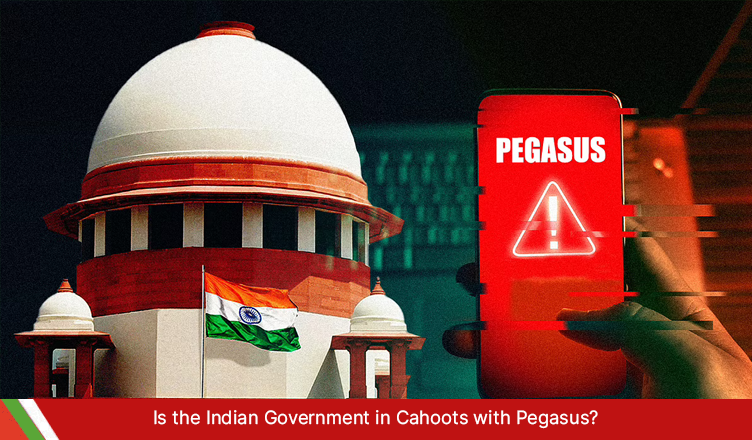 New allegations have risen against Indian Prime Minister Narendra Modi that his party used Pegasus to spy on its citizens. According to the New York Times, India bought Pegasus from Israel in 2017 as part of a defense contract. Similar charges surfaced last year, which the government refused. Pegasus is the Israeli spyware made by the NSO group used by governments from various countries to spy on phones.

The administration is now being accused of lying to parliament and deceiving the House of Commons, according to opposition parties. The majority opposition Congress has asked for a privilege motion in parliament against information and technology minister Ashwini Vaishnaw for purposely deceiving the House. The privilege motion gets used when members get accused of violating privilege.

Congress leader in the Lok Sabha, Adhir Ranjan Chowdhury, wrote in a letter to the Parliament Speaker that Modi’s government has always maintained its innocence and that it did not buy the Pegasus spyware but the government deceived the parliament and the Supreme Court as pointed by recent evidence.

As parliament gathers for a combined session of both chambers, the claims are anticipated to spark a heated debate. The Supreme Court, which initiated a probe into the case when allegations first surfaced in July last year, has received a new petition requesting a police investigation.

What allegations do Modi and his government face?

The Wire, an Indian news source, alleged in 2021 that the Pegasus virus had spied on 160 Indians, including notable activists, political parties, and attorneys. Pegasus infiltrates Android smartphones and iPhones, granting hackers access to messages, photographs, and emails, as well as the ability to record calls and discreetly activate the phone’s microphone. According to The Washington Post, forensic analyses of 22 smartphones in India whose numbers appeared on the list revealed that at least ten were targeted with Pegasus, seven of which were successful. Former Indian election commissioner Ashok Lavasa was one of the Indians whose phones had gotten infiltrated by the NSO-owned malware. Lavasa chastised Modi for violating the model code of conduct ahead of the 2019 election.

An investigation by a multinational coalition of media sites revealed how governments of the world utilized the software to hack the phones of dissidents. The phone numbers of the targets got discovered on a database that belonged to clients of Israeli business NSO.

The source of the list and the number of phones hacked are unknown, and NSO has downplayed the charges. According to the report, the software was designed to follow criminals and terrorists and got exclusively supplied to military and law enforcement agencies.

A zero-day vulnerability got exploited to install the Pegasus malware on iPhones in the past. FORCED ENTRY is a zero-day, zero-click iMessage exploit. It is the same flaw that got utilized in the Pegasus assaults. Pegasus exploited the iOS BlastDoor security feature to spy on Bahraini human rights activists.

What has been Modi’s response to the spying claims?

The analysis reveals that hacking software continues to get used in the country. Even though the Indian government has not admitted that any of its agencies are employing spyware.

The Wire, The Guardian, and The Washington Post reported that most of these people, including Rahul Gandhi, were targeted in the run-up to the 2019 national elections, which saw Modi reclaim power with a larger majority than in 2014.

However, according to the New York Times, Pegasus and a missile system were the grand attraction of an approximately $2 billion contract between India and Israel in 2017, when PM Modi made his first visit to the nation. The visit, as well as another by PM Netanyahu the following year, was a turning point in India’s ties with Israel.

In 2019, India was one of the countries whose citizens got hacked by the WhatsApp hack caused by Pegasus. The hack impacted 121 Indian users total, including political activists, human rights activists, academics, and journalists. Experts speculated that this indicated the involvement of Indian government institutions. WhatsApp filed a lawsuit against NSO, claiming that the corporation was behind Pegasus-related cyberattacks on 1400 mobile phones.

Targets received video or phone calls from an unknown number, which, even if ignored, allowed Pegasus malware to get placed on the device. Users may now access everything on their phone, including text messages and location remotely.

Following a spate of lynchings sparked by rumors of child kidnappings circulating on WhatsApp, Indian authorities demanded that the firm take steps to prevent the dissemination of false information on its network.

WhatsApp later took several actions, including placing ads in newspapers and limiting the number of forwards a single user could send to five. The instant messaging app also used a label to identify communications that got forwarded.

The Indian government wanted further surveillance on the app, saying it wanted to monitor, intercept and trace the messages sent on WhatsApp. But it is impossible due to the end-to-end encryption on the messaging app.

Did the Indian government use Pegasus to spy on its citizens?

Where there is smoke, there is fire. The allegations are true, and the evidence points towards it. The Indian government indeed got in bed with Pegasus. India has never been a proponent of free speech or human rights. With the recent Modi-backed Muslim genocide, the Pegasus revelations are just a drop in the bucket for the Prime Minister. His tyrannical rule continues.

But ironically, Modi isn’t the only one who has bent the rules to silence his opposition.

Karnataka’s chief minister, Ramakrishna Hedge, resigned in 1988 after it got public that he ordered phone taps on at least 50 of his colleagues and competitors. Chandra Shekhar, who eventually became Prime Minister for a brief while, claimed in 1990 that the government was illegally tapping the phones of 27 lawmakers, including his own.

In 2010, tax inspectors revealed to the media 100 tapes of phone talks between business lobbyist Niira Radia and senior politicians, industrialists, and journalists. According to then-main opposition leader LK Advani, the recordings reminded him of Nixon’s Watergate controversy.