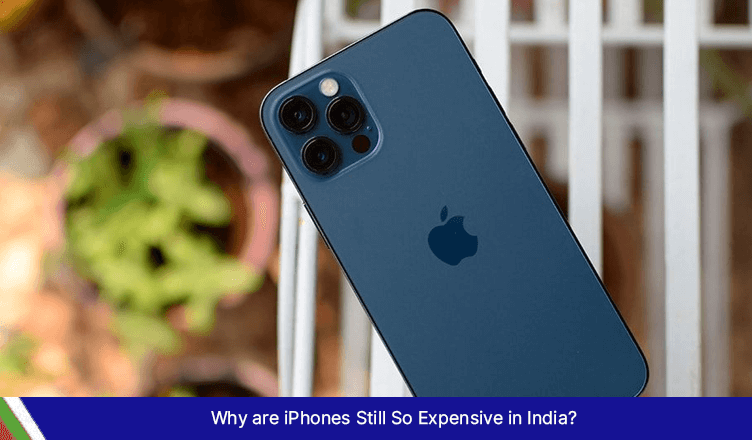 Consumers in the mobile phone space are truly spoilt for choice in this day and age. It can be attributed to the sheer number of devices available in every segment. Whether you’re searching for the budget and mid-tier options or the top-of-the-line flagship offerings, mobile phones come in all shapes and sizes. But this fact is typically reserved for phones on the Android platform, where features, budget, and size are all prominent considerations. It wasn’t the case for iPhones, however. The iPhone SE 2022 changes that narrative slightly.

The iPhone SE 2022 was launched earlier this month and came at the highly competitive USD430. It translates to Rs 44,000 in India at the time of writing, even though the direct conversion comes in at Rs 32,000. That’s a Rs 10,000 increase for seemingly no reason. And for a phone that still rocks the dated design language of the iPhone from 5 years ago, it’s borderline stupidly extravagant.

Still, the iPhone SE 2022 has a lot of its competition beat out even at this lavish price tag. The Apple A15 Bionic chip ensures it is the fastest phone not just in this category, but in the world – only tied by Apple’s iPhone 13 lineup. Camera enhancements and waterproofing further solidify its stake as the best-mid-ranged device out now.

This trend can be found in the flagship devices too. The lowest price for the outgoing iPhone 12 Mini was Rs. 69,000 compared to the average U.S. consumer that paid Rs 51,000 for the same device. It is a staggering Rs 18,000 difference. The higher in the iPhone flagship ladder you go, the bigger this margin becomes. Slap on iPhone’s exorbitant memory options and you’re quickly finding yourself in the Android aisles instead.

So why is this the case? Why does the Indian market constantly shell out more money for the same product when they could’ve had it for far cheaper. It wouldn’t just boost iPhone sales, but phone sales in general as the competition vies to bring its prices down to match the value. Who’s to blame—Apple or India?

Reasons Why iPhones are so Expensive in India

Fortunately for Cupertino, the disparity in price in its products in India isn’t its fault. But the picture is slightly more complicated. Let’s discuss all the reasons which contribute to the high prices of iPhones in India:

#1: Lack of Manufacturing Units in India

Producing any product locally can drastically cut down costs to consumers in the same country. This is one of the biggest reasons why iPhones are cheaper in the US. Yes, they have parts sourced from all over the globe and assembled in China, but because Apple Inc. is a U.S registered conglomerate, its consumers in its turf benefit from lower costs.

It isn’t the case in India. Apple has yet to start the trial production of iPhones in India, and this was further pushed back due to the COVID-19 pandemic. But as of yet, it does not have a local production plant in the country. The primary reason for Apple to base one in India is to help reduce costs for the local Indian market, and when that happens, you can expect prices for the latest models to drastically drop.

People looking to shift to the Apple ecosystem find two things very difficult to stomach. The first is the high asking price (Apple Tax) for the product and the paid apps service model that Apple pushes. Even if you try to get a stealth app to spy on any iPhone, chances are, you’ll have to shell out additional money for this. And you can thank the 20% customs duty of iPhones for this. In fact, for iPhones, these duties can go as high as 22.5% of the original MSRP. Then there’s the GST that is applicable on each product. Before 1st April 2020, the GST was 12% and is currently as high as 18%. The GST alone for the iPhone 13 amounts to 10,662, which has to be paid by the end-consumer.

Foreign Direct Investments or FDI makes it easier for manufacturers to get their production plants underway. The Government of India incentivizes businesses to come in and set up their supply chain networks too, and Apple has been hard at work to try and get started, but until they do, Cupertino won’t benefit, and neither will the average consumer.

Apple has very little official presence in Asia, and India is one such place where the lack of a dedicated Apple Store is evident. Even the ones that are present in Delhi and Mumbai typically function as distributors. Besides this, phone sellers and retailers import their inventory from abroad and market them to the consumer. This automatically raises the price of Apple goods as middle-men need to make their cut of the share too. Even official stores are more along the lines of third-party vendors than the company’s official distribution network. It raises unnecessary prices for the consumer. Consumers also miss out on Apple Care, and the official repair service. All of which drives up costs.

India is one of the fastest-growing economies in the world. Despite this fact, the Indian Rupee still lags behind the global trading standard, the U.S Dollar. And as a developing country still to hit its prime, India has to contest political fluctuations and the constant import and export balance. Foreign exchange losses that may occur nationwide could impact all goods and electronics. And iPhones are no exception.

If the rupee doesn’t perform as well as the dollar, costs automatically go up, with salaries and earnings remaining unchanged. It means that the iPhone that was 50,000 rupees last year could well be touching the 60,000 rupee this year, simply due to the worsening economy. While most companies absorb these fluctuations, Apple doesn’t and maintains strict margins regardless of the financial situation of a country.

The previously mentioned reasons are some of the most prominent ones that cause the influx in rates of iPhones and other electronics. And there is no easy fix for these either. For most consumers, the second-hand market is a saving grace. But by now, they are all familiar with how well iPhones hold their value. Perhaps the solution does come in the Android flavor of phones.

If you have a smartphone and are looking for a stealth app to spy on any iPhone, Xnspy is one such option that has the features to fit the bill. Coming in at just USD4.99/month, Xnspy is the leading and most affordable remote monitoring solution available to Indian consumers. The company rarely shifts its pricing plans too, and when it does, the plans are discounted rather than appreciated in cost.

A functional spy app for iPhone in India needs to have features that can walk the walk. It is where Xnspy comes in with features such as:

And many more. Try the Xnspy app today and get started on your remote monitoring journey, as the app is suitable for personal, official, and educational use.