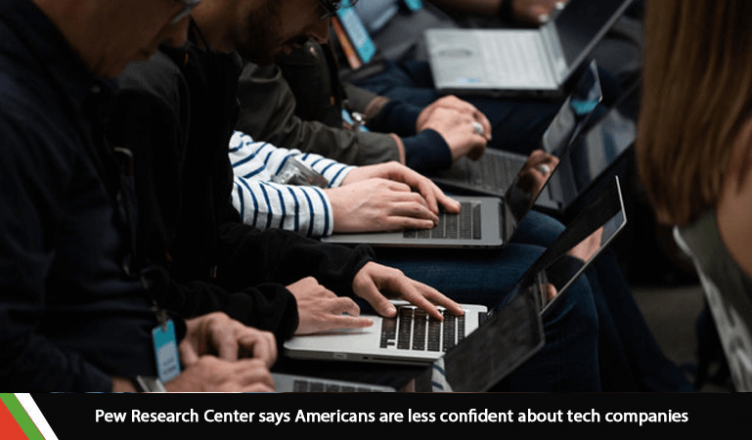 Likewise, the negative views regarding tech companies grew from 17% to 33%. According to another survey by the Pew Research Center, more than half of the respondents believed that tech companies had too much influence. In addition to this, a majority of the respondents (72%) believed that social media platforms censor political views that are not in line with the views of the company.

Because of this, people are less likely to share data with tech companies such as Facebook and Google than with pharmaceutical companies, health insurers, the government, and their doctor. This was the finding of a survey conducted among 4,000 people from Rock Health.

The mistrust among users of social media platforms and tech companies is alarming. On the one hand, tech companies have so much potential to bring benefit to the users. On the other hand, these platforms have seen incidences of hate speech, and offensive remarks on a large scale.

Data privacy is one of the reasons why widespread distrust has taken root. More people believe that social media platforms are responsible for content moderation. According to a survey by Harris X, 83% of the people think that tougher regulations and penalties are required for breaches of data privacy. In addition to this, 84% of people think that technology companies are responsible for the content they carry on their system.

Social media platforms such as Facebook’s involvement in Elections Campaigns has led to widespread criticism. The 2016 US Presidential Election is one such example where social media involvement caused an uproar. While Facebook was not directly involved in the incident, the user data collected by Facebook was used by a third-party company, Cambridge Analytica.

Because of incidents like this, users are, more than ever, concerned about the privacy of their data. While users’ data is used by advertisers to market their product to the user, it can be used by other companies for sinister purposes. As a result, “How data is collected? Where the data is used? How it is used?” are some of the questions that people are asking. The question of how safe is the users’ data on such a platform is a topic of increased public scrutiny. However, a more important question remains: what are tech companies doing to protect users’ data from falling into the wrong hands? People use social media websites to interact with one another. This involves sharing private information, likes, and preferences. This data can be used to model the personality of individual people. On a large-scale, this can be used to change public opinion.

The incidence of hate speech, racism, and sexism on these platforms is another reason why people mistrust social media sites. Recent incidents such as Christchurch mosque shooting was live on Facebook before it was taken down by the company. Incidents like these can decrease the morale of the users of the platform.

What should tech companies do?

In light of recent events, users have an increased awareness of what happens when you share private information. Hence, users are now more aware that whatever you do on the internet stays there forever. In addition to this, users are more aware of fake news. Despite this, telling what is fake from real can be a challenge for users.

But the question is what are tech companies doing.

Tech companies have a social responsibility in ensuring their users’ privacy and making their platforms a safe place for their users. Needless to say, tech companies need to increase the level of trust with their users. They need to prioritize their users over advertisers. This means that they may have to let go of profits, sometimes, for the greater good of humanity.

When it comes to dealing with offensive content on social media platforms, companies such as Facebook hire content moderators. The moderators’ responsibility is to that takedown sensitive content such as hate speech, racist, sexist, and offensive remarks. However, what may seem offensive to one party may not seem offensive to another. In addition to this, these measures are not sufficient.

Since users’ data is private information that can be used by the company, it is also the responsibility of the company to protect it. This means that privacy agreements should be transparent and clearly laid out. It is easy for one to lose focus in the legal terms; hence, privacy policies should be comprehensible to the average person.

Our interactions in the digital world have a ripple effect. Our activity on social media platforms is being recorded at all times. Information such as location, likes, and shares is valuable for a platform whose business model is based on advertisers. However, this data can be used for other purposes as well. This is where the problem arises. To simply give up social media is not the solution. Tech companies have a responsibility for ensuring the protection of the users’ data. In addition to this, users need to acquaint themselves with how their data is used. Because in today’s world, data is everything.