Skip to content
XNSPY Official Blog > Child Monitoring > To Catch a Predator: Chris Hansen Has Returned with an All New Series and What It Means Today 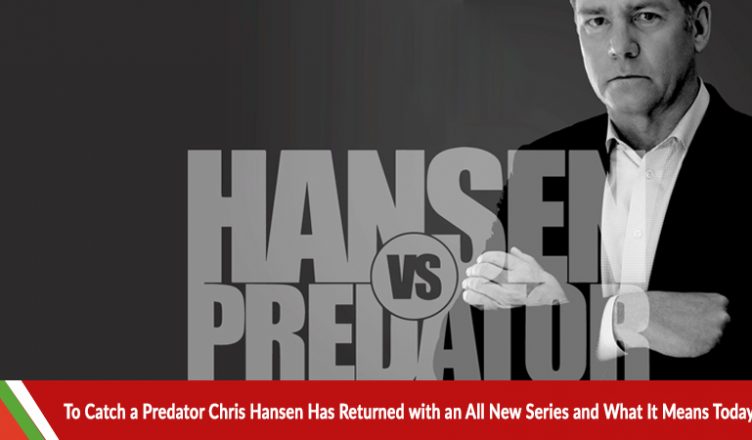 Chris Hanson has returned with an all new series titled “Hansen vs Predator” to showcase how modern apps and social media cam be used to solicit underage children for sex.

Ever since “To Catch a Predator” first aired on Dateline NBC in 2004, it became an instant hit.  Chris Hansen was at the front of this investigation and through his career has caught over 400 predators.  Working with an online watchdog group called “Perverted Justice” and local law enforcement, sting operations were set up where decoys lured predators through online chatrooms. Some of the details of this investigation were so shocking that the show itself would censor them.  Predators would show up to the sting house set up by the investigators where they would be greeted by a young looking decoy. The decoy would lure them inside where they would be confronted by Chris Hansen. Every predator had a range of different excuses.

All of these investigations had one thing in common: Predators praying upon underage children.

The last investigation was carried out in 2008 by “To Catch a Predator”.  Along with an audience demand to bring back the show, Chris Hansen further elaborated why it was necessary: “When we did it before, there were chat rooms on AOL and Yahoo, now there are 22 ways to communicate online” he told the Los Angeles Times.

The new show was crowd funded on Kickstarter and it received an overwhelming response. Soon episodes started showing up on YouTube and what we saw truly shocked us. Predators as old as 60 use apps such as Snapchat or dating apps like “Hot or Not” to get in touch with who they thought was an underage child. These investigations are still overlooked by a watchdog group and local authorities.

How Apps Can Be Used To Solicit Children

Since nowadays every other 13 year old has a smartphone loaded with apps, one only has to think of the increased amount of risk that a child now faces online, maybe even more than what 13 year olds faced in 2004 when not every adolescent was truly exposed to the internet. One wrong naïve swipe or chat could lead to terrible consequences. As the investigations Chris Hanses carries out show that every predator shows up to the child’s home when the parents aren’t around. What can a parent possibly do to prevent this from happening and be aware of their child’s involvement online?

Mobile Tracking as a Solution

This is the sort of situation XNSPY looks to control. XNSPY offers a range of parental controls on your child device so that you can monitor their online activity and app usage along with call tracking and message tracking. You can also set up geo-fences and mark safe and unsafe areas along with remotely observing their current location.  This is all to ensure that a situation like the ones depicted in “Hansen vs Predator” never occurs.

At the end of each show, Chris Hansen stresses upon observing your child’s activity online and he urges that any measures be taken to keep your child safe online. This is one of the reasons why XNSPY exists.