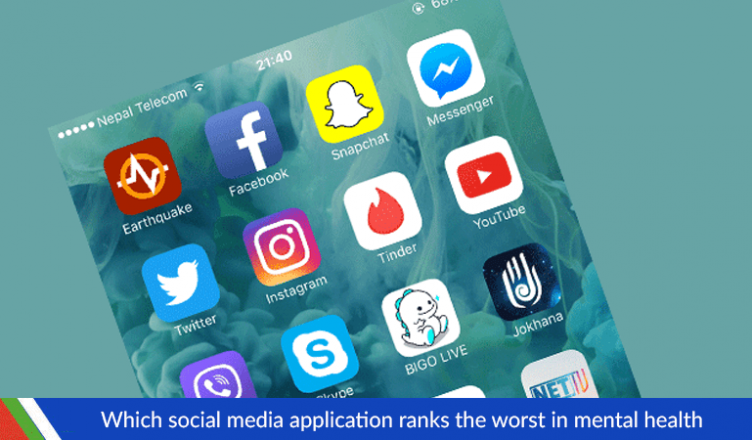 Our lives are surrounded by social media. We begin our day with scrolling down the newsfeed on Facebook and checking out how perfect everyone’s life is on Instagram. We would avoid starting a conversation with someone and rather choose the glaring light emanating from our screens.

As the world becomes dominated by social media applications, the effects of it are starting to become noticeable. Fake news, cyberbullying, and hate-speech have been amplified by the onslaught of social media.

Moreover, cyberbullying causes kids to underperforming in school and makes them more prone to self-harm. It can lead to a change in sleeping and eating patterns of a child as well.

With filters glossing over our lives and making them look like something out of a magazine, surely, one would feel that their life is inadequate in some way. Moreover, it makes people feel insecure and despondent. People perceive unrealistic standards as the norm and obsessively compare themselves with it. This is why many users of social media sites, especially women, strive for abnormal body types. And it is making them more miserable.

Staying up all night while using a social media application can disrupt sleeping patterns as well. Mental health issues such as anxiety and depression can lead to lack of sleep. Thus, a lack of sleep can lead to poor health conditions including high blood pressure, diabetes, heart attack, and obesity. LED lights in a smartphone are thought to disturb natural processes such as the release of sleep hormones.

However, some social media sites are worse than others. Young Health Movement and Royal Society of Public Health published a report #StatusOfMind. About 1,479 young adults, between the ages of 14 and 24 were surveyed and asked to provide a list of most popular social media platforms. The report listed social media sites that rank the worst in mental health.

Here are the top 5 social media applications ranked according to their effect on mental health.

The list ranks down most negative social media sites to most positive.

Instagram had the highest rates of causing anxiety, depression, and loneliness. It was also the worst in the perception of one’s body image. However, some positives of the site include providing a platform for self-expression and having an awareness for an individual’s identity. Overall, Instagram is the worst social media application for mental health.

Snapchat ranked highest in FOMO. Although mental health effects including anxiety, depression, and loneliness caused by Snapchat were lower than Instagram, Snapchat ranked the lowest in providing awareness to its users.

The positive and negative impacts of Twitter are almost equal. The platform also causes mental health issues such as anxiety and depression.

Some startling facts about social media and mental health

In this report, the effect of mental health on teenagers and young adults are discussed. Some of the most alarming stats are as follows.

For more information, you can read the report here.

What should one do?

Quitting social media altogether will not solve the problem. In fact, it may cause you to relapse into using the platform. However, effort needs to be made to limit the amount of time spent on social media sites. Furthermore, one should be diligent in noticing when the feeling of anxiety and depression start to kick in while using social media applications.

Here are a few healthy social media habits that you can adopt:

What can social media platforms do?

The report by the Royal Society of Public Health goes onto suggest how social media sites can make changes to its platform. These can help in reducing the negative effects of social media on mental health.

Social media applications are not all bad. After all, they are known for spreading awareness about things that we may not have heard of. Likewise, it is a platform for circulating news, albeit fake news, but news nonetheless. We need to strike a balance between using too much social media and using enough social media for our own well-being.