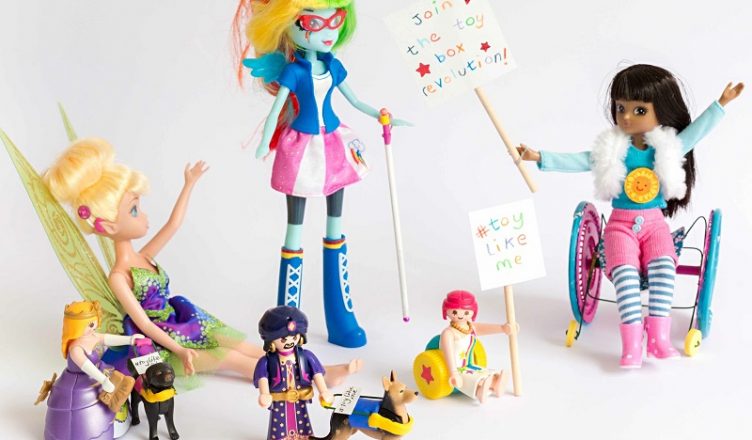 Kids want to stand out and blend in the crowd at the same time. Which is why they find it so difficult to cope with their imperfections. It is completely understandable. They’ve been brought up around very specific ideas of perfection with their Barbie dolls and their pop stars. So when what they see on the television does not match up to what they see in the mirror, their immediate thought is that there is something wrong with them.

But the Toy Like Me Campaign taps in on something more than self-esteem issues that the “perfect toy” creates. They’re calling out the toy industry for excluding kids with disabilities. No Barbie or Ken has even come with a wheelchair, or a cane, or a hearing aid, or anything that will imply that the plastic figure of perfection has any form of impediment at all. Which leaves behind children with such disabilities to believe that they are not normal. That they’re not like other kids. The toys that they hold do not represent them at all.

What an effort like this is working toward is to promote greater diversity in the toy box.  Makies, the company behind this project want kids to be able to relate to the toys they play with. In the past, the white Barbie with the blonde hair and the blue eyes became the epitome of perfection, leaving behind children of color to feel like they’re on the other side of normal. Thus, toys became another vehicle for a conversation on race relations and since there, there has been an effort (however slim) to create Barbies that come in varying skin tones.

The Toy Like Me Campaign is not about race. It is about making global toy companies realize that they have been making money by excluding a big group of kids. There is no doll out there that portrays disability in positive light. Another great thing about the Toy Like Me Campaign is that these dolls are custom design for the kids. They choose what the dolls look like and how the disability needs to be represented.

What’s next for Makies? Inviting other big toy companies out to play.