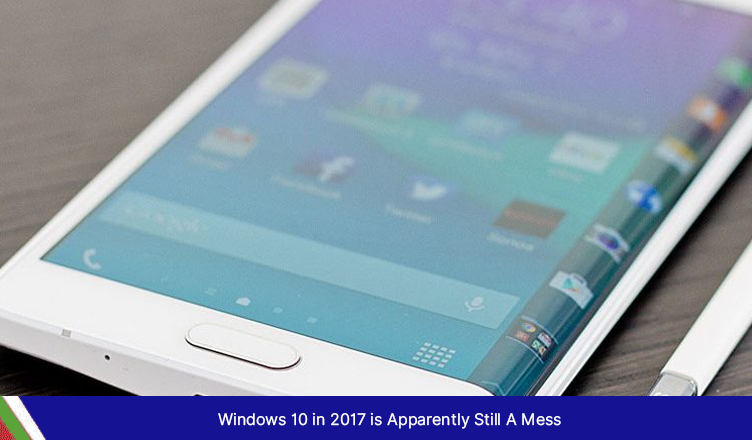 Windows 10 was launches in 2015 and presented itself as a nuisance ever since it started rolling out. Every PC with Windows installed had intrusive notifications urging the user to ‘upgrade’ to Windows 10. It sometimes even aggressively downloaded itself through Windows Update Manager. This left many users feeling antagonized and stumped since they had to sit through the entire update.

Microsoft marketed this version of Windows as being totally free of cost, but we are all aware of the price we had to pay after we finally downloaded it. Several users reported that drivers seemed to not be working. Users had to manually fix these issues through guides. All in all, Windows 10 had a buggy start.

But bugs can be debugged and drivers can re-installed. What really boiled people’s blood and what caused the most controversy was that through Windows 10, Microsoft was spying on its users. Windows 10 was found to be mining personal data. Users did have the option of opting out of this spying, but they had to go through confusing settings changes. Some found it easier to download software that would disable all the spying itself.

Two years on, Windows 10 still faces many problems, although new updates see to change that. Beta releases paint a unfavorable picture though.  Here are the problems Windows 10 faces in 2017:

Ads On The Desktop

The beta releases for the April ‘Creators Update’ shows that the new User Interface has ads. The share box will recommend what apps to download. The interface presents itself in the grid interface.

Windows 10 still has upgrading problems. User report not being to download Windows 10 altogether, usually because of compatibility issues. Just activating Windows 10 is the big problem, along with persisting driver issues.

Windows 10 Is Not Finished

Windows is not a finished product. The whole point of Windows 10 is to have it as a ‘Work In Progress’ because Microsoft intended not to release major updates. This means that windows 10 is more of a service, which means we will see even more bugs.

It is however not all bad. Windows 10 updates offer several new features, such as:

Microsoft is working on a bit of a design overhaul, nothing huge, but it will be important for one reason: it will bring some consistency to all Microsoft devices i.e Hololens, Xbox etc. This project is known as “Project NEON” and will be seen rolling out at Redstone 3.

A major focus for 2017 by Microsoft will be to push Cortana into new deivces and apps. Microsofts hopes to integrate Cortaan into new VR/AR devices, in virtual assistance in cars and just to manage smart devices. Cortana will also be pushed in iOS and Android devices, so that Microsoft manages to integrate Windows 10 like features in smartphones.

Microsoft needs all the help it can get with new and hopefully 2017 works out to be a better year.