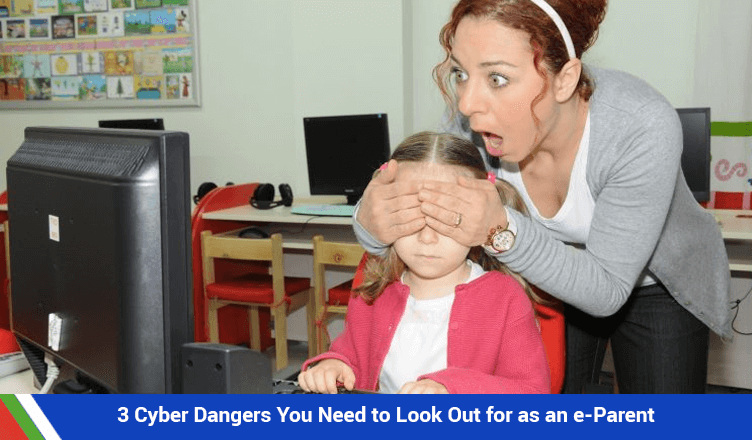 Remember how I told you that I’ll help you keep up to speed with all the aspects of smartphones and the internet? I’m going to do just that, but then I thought before we begin, I should give you the ‘big picture’ view of things that you have to expect in the coming blogs. Consider this post to be an introductory course to e-Parenting.

I have lumped together cyber dangers that you should know of as parents into 3 different categories.

Let’s be honest, everyone living in the 2014 age of the internet knows what cyberbullying is. So I’m going to spare you fleeting definitions. But what I aim to do in the coming blogs is help you discover and realize the scope of the phenomenon and the damage it can do. Cyberbullying is grave enough to now be a White House concern.

Through these blogs, I want parents to know cyberbullying is just as harmful as playground bullying. It has the same psychological and emotional harm that physical bullying does. Look at this infographic by by Anti Bullying Blog.

Our aim then is to teach parents how to correctly identify, block and report a cyberbully, how to take the right precautions and protect children from further damage.

Cyberbullying involves kids picking on other kids. Then you have the online predators. These are definitely not children, and this issue is perhaps more sinister than you think. Because in the most convoluted manner, these online predators have crept into your house through the screen of your child’s smartphone. Which means that while you can protect your kids from the criminals in the real world, the cyberverse has people who prey on kids on social media and chat rooms seeking financial or sexual exploitation. They have been known to get personal information on children, and on many instances, convinced them to meet offline. The worst part? Until their predatory behavior takes a physical form, they are nameless and faceless, merely words or pictures on a phone screen.

Internet Marketing Ninjas tells you how to spot an online predator.

So in the coming blogs, I’ll give you all the information you need about digital predators so you can help your kids surf more safely.

The internet is a bit like Pandora’s Box; once you open it, you don’t know what’s going to come out. There a 404 rule of the internet which says that if you can think it, it most likely exists. This means your kids can access a variety of inappropriate content.

Recent studies discovered that some children start sexting as young as 12 years old. Other times, they can be exposed to pornographic pop up ads, or worst case scenario, they could be seeking it out themselves. That’s why you need a way to filter out the inappropriate content from your children’s internet experience.

Gifts We Use  has laid down some stats.

Ever since the great smartphone splurge of the decade, we’ve seen a new batch of social issues pile up. But as long as you know what they are and how to deal with them, you don’t have to worry. Because we have taken it upon ourselves to keep you updated on any harmful internet fad, trends or concerns that already exist or may come up.

I want you to know that these 3 cyber dangers are by no means the only ones out there. So, we’d be going through every aspect a child’s cyber-social life as we go on.