Parents always find a way to criticize new technology and sometimes, their critiques seem reaching. For example, it’s always been suggested that violent video games somehow make children more aggressive. Yet you rarely find a case where a murderer was an avid Call of Duty fan. But sometimes, parents get it right, too. For example, kids sometimes integrate offensive slurs they learnt in pop music into their own lexicon. The internet in general has a bad reputation for being harmful to a child’s upbringing. And a lot of times, this stance is not unwarranted.

That’s what we’re going to focus on today—all those times when the critique over internet culture turned out to be in the right.

Earlier this year, headlines were made when a couple of 12-year-olds stabbed their friend within an inch of her life. And they did this all to impress an internet urban legend—Slender Man. It should be noted that this character is completely factious and stories that surround him have usually been fabricated by contributors. But the two young girls thought he was real enough and committed the crime so they’d get a pass to ‘enter his mansion’.

This is what can happen when what kids are reading on the internet is left to cook on its own in their minds. When what kids are taking in is not being refereed. The parental neglect in this case snowballed into attempted murder.

You’d think the worst that can come out an online dating experience is getting catfished. But then you probably haven’t heard of Sean Patrick Banks; a 37-year-old man that used the dating website Christian Mingle to find his rape victims. He used false identities to lure young women into meeting with him. This is one of those instances where every parent’s worse digital nightmare seems to take a true form.

And Banks isn’t the only one that has used an online platform to find victims. A few years earlier, the infamous show, “To Catch a Predator” uncovered just 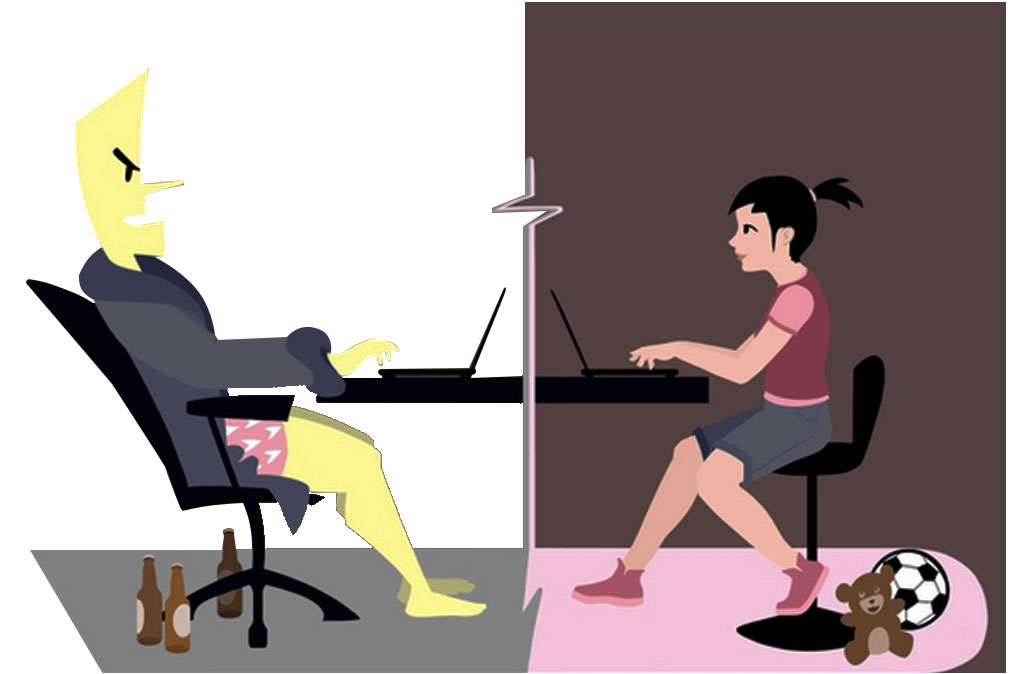 how willing online pedophiles are to reach out to underage girls for solicitation.

People were stunned when a 16-year-old shared on Snapchat a selfie of him next to the body of a boy he had just murdered. When the story surfaced, it gave an entirely new meaning to the concept of social media gloating.

Sure, kids these days like to show off every material possession or achievement on the internet. But when this phenomenon turned lethal—when this young man gloated about how he had just killed a classmate—it gave parents a reason to step back and rethink. This is an isolated case, yes. However, it also uncovered the degree of harm social media gloating can be taken to.

The strangest internet trend one would come across this year has to be digital kidnapping. It’s a phenomenon where young girls (usually between 12 and 16 years of age) steal photos of other people’s kids and repost them on Facebook as their own children. It is a form of digital make believe, playing house where you pretend you’ve got a loving family and the perfect child.

So far, parents have no way of taking down these photos from the “kidnapper’s” social media pages. Stealing an actual child’s photo to create an online fantasy (or RPF as they call it) is slightly creepy. But what it does is make you want to take privacy settings and photo sharing more seriously.

The internet culture has its way to toe out of line. When freed of the sense of accountability, kids—and adults—become reckless. So admittedly, moral panic over the internet is not always unwarranted. Sometimes, taking precautions through a parental control prevents bigger disasters than you realize.