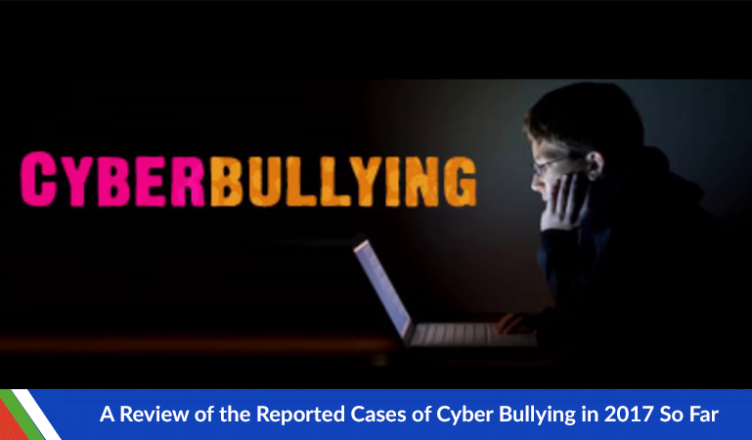 It is about the time when students all over the world head back into the real world after tuning out school and real life socializing during the summer. During summer, most of these children spent their active socializing time and efforts into the online world. Now, because they’re so accustomed to online etiquette or lack thereof, the tendencies and mannerisms with which one may carry themselves online may bleed out into the real world.

Whether this is harmful or not, depends from person to person, but certain characteristics and affiliations can be deduced and tracked to see if they’re caught up on the wrong traits. Do they care for one other‘s privacy? Do they give out or receive physical, verbal or psychological attacks or intimidation against someone who cannot properly defend themselves?

With traditional bullying, there might be an imbalance of power, where one might be weaker than the other whereas that may or may not be the case online. Stereotypically, it is sometimes the physically fitter ones who do the bullying in real life, even though that not might always be true. Online literally anyone can be a bully, because of the plethora of ways you can be.  Where the schoolyard maybe the bullies’ playfield, social media is the online playground for anyone with malicious intentions. This info graphic by TeenSafe details some statistics and insight to the magnitude of Cyber bullying.

In 2016, 22% of children reported being bullied in school whereas 43% reported being bullied online. This goes to show that not only has bullying evolved in its form, but it has over taken traditional bullying. This is because of a few different reasons and one has to understand the mindset of a young person online. With anonymity, the fear of repercussions and actual consequences is removed and anyone with harmful intentions may do as they please without getting caught. This is why 81% of young people say it’s easier to bully online.

Online bullying can also carry different implications. Bullies can just hurl verbal abuses and sent messages, but it can be much more that. Doxxing, which is the action of leaking someone’s home address or passwords or any personal data to the internet, is an immediate threat. Bullies may blackmail their victims by threatening to release their personal information. Another type of blackmail, which females the most is when they have private pictures/videos held by someone who will use it for blackmail. Spreading rumors or asking anonymous boards to attack the victim may also be a very real threat.

1 in 10 children will tell an adult about the abuse they’re experiencing. This is because they think that they can handle it themselves or in fear of being ridiculed further for being a ‘momma’s boy’. It is because of this further fear of being ridiculed, children don’t tell anyone who can help them. Which is why 90% of teens who see cyberbullying say they ignore it because they don’t think It’s actual bullying. Teens will ignore secret Facebook groups dedicated to leaking personal data and media of other teens because they are either ‘benefitting’ from this type of behavior or they don’t know the person being targeted so they don’t care either.

The Effects It Has on Everyone Around Us

With Cyber bullying, the victim feels that they’re bully has invaded even their personal space and so they feel paranoid all the time. They feel that they’re being watched all the time from their bully. Besides paranoia, one can experience depression, change in mood to hostile or defensive to everyone around them, a loss of interest that usually means they may not be able to concentrate. This leads to poor school performance. General disconnection from everything is also a symptom. All of these symptoms may or may not be related to each other.

If a number of factors play in and bullying is bad enough, some teens might end up self-harming, or worse, taking their own life. This is a subject no one wants to talk about or really, think about because they don’t want to think of their loved one in that way. But the das truth is that avoiding the subject through verbal communication might end up in a bad way for you.

Take for instance, Dagmara Pryzbysz who we wrote an article on previously. She was the target of bullying, on and offline because of her polish heritage and the inability of locals to accept her as a part of them. Her parents were unaware of the bullying she had been going through and unfortunately, she was found hung in the girl’s bathroom in the same school she was bullied in.