Skip to content
XNSPY Official Blog > Parental Control Apps > Could your child be a bully? Look out for these signs 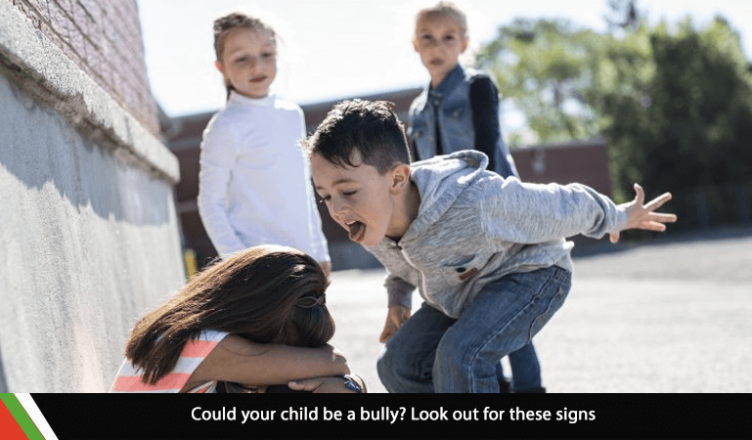 For parents their children are perfect. But we all know that children can be mean to each other. Sometimes, it really isn’t a big deal. But, if you notice or hear that your child has a habit of putting others down and demeaning them in some way at school, here’s a piece of bad news for you. It is possible that your child might be a bully!

Bullying begins with rather subtle signs. Your son might have gotten into a fight with someone at lunch, or you overheard your daughter passing mean comments on the new girl in a party or you get to know that your child actually tells off other kids and bosses them around. No matter how hard you try to deny the fact that this couldn’t be happening, it is.

No one ever wants to be that parent whose child bullies others. We give a lot of thought and attention to those who become the victims of bullying, but for parents, it’s quite a tough call. We don’t ever think what parents must go through knowing that their child could be bullying other kids.

Why do kids become bullies?

Quite often than not, children who end up bullying others do not intend to be mean and cruel to others. But there are numerous reasons that could lead a child to become a bully. It could be due to their own low self-esteem, poor control over emotions, financial troubles, family problems, social anxiety/discomfort, poor relationships with people, loneliness, a desperate need to fit in the family, struggles at school, or it could stem out of being punished all the time.

Children become aggressive and try to imitate the characters if parents do not keep a check on the content their child sees in movies and the TV shows and games they play.

Becoming aggressive could manifest itself into a lifelong pattern that could substantially damage your child’s future both academically and professionally.

Part of your job as a parent is to play detective and look for clues for what your child needs. Notice the little signs. And if you are worried that your child could possibly be a bully, here are the 5 signs of bullying behavior that indicate that your kid needs intervention and serious help:

This is one of the main telltale signs of your child being a bully. Your child has issues with controlling their emotions and happen to have a history of problematic behavior. Also, you notice the same signs in their friends as well.

Behavioral issues could mean that your child does not really mean the actions they take but they get spontaneous and impulsive during arguments which lead them to behave like a bully.

There could be a variety of causes as to why your child puts other people down. It could be because of fear, low self-esteem and even feeling overwhelmed. This is a sign that you need to help your child in correcting this behavior. They need your help and support in feeling better about themselves so they don’t resort to bullying other children.

Empathy is one of the best traits you could cultivate in your child from a young age. If you notice that your child fails to show compassion and empathy for others and never even tries to walk in other people’s shoes and blame others rather than taking responsibility for their actions, their behavior is edging towards bullying.

Lack of empathy and having no regard or concern for other people’s feelings or the impact of their action on others means that your child is a bully.

4.    Experiences with Anger, Bullying or Violence in the Past

Children resort to bullying others if they have experienced or witnessed anger, bullying or violent behavior in the past. The kids who were severely punished and suffered at the hands of someone’s violent nature, aggression is the only answer that seems right to them.

They try to make sense of things and solve their issues with punishment and aggression. If your child has experienced or witnessed violent behavior from his adults, they could make it their go-to answer when things don’t go their way. Also, this might not be their intention but, this is the only way they know. So, as a parent, help them find another and better way.

5.    The Pressure of Standing out From the Rest

Some children are keen observers. They are acutely aware of social status and how things move in the society. Due to the social hierarchy that is part of schools as well, they feel this immense need to fit in. They don’t want to be the odd kid who stands out from everybody. They might try to manage their image and do all they can to control it. A great deal of their time is spent worrying about how people think of them.

Their constant worry is how to fit in. This could lead your child to become a bit obsessive and make choices just to fit it. They can become a bully to others without meaning to.

Bullying happens to be a complex issue and parents are not necessarily the only ones to blame. If you see your child struggling with intense emotions and become a bully. You can help them by noticing these sings when they are acting up. You can help them in adopting better habits and a good behavior so that their act of putting other people down does not become a life-long practice.