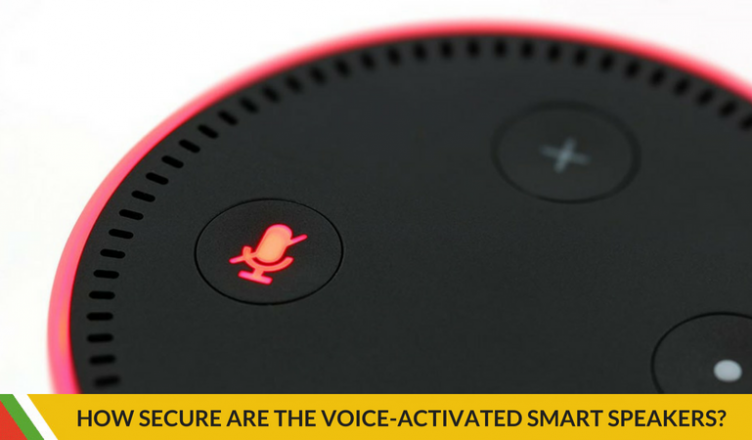 What are smart speakers?

Well, well. Do not startle at why we are explaining smart speakers; we do expect that you would already know about them; this is for those who are just getting to know the smart appliances and IoT.

Smart speakers are basically speakers but have a voice-activated assistant built into the speakers that use AI to get to know its user better. The speakers can be activated just by using a wake-up command/word, like ‘OK Google’ or ‘Alexa.’ You can ask these smart speakers questions or tell them to play music, read out recipes or even control other smart devices in your home.

The reason why people want to talk about Alexa’s eavesdropping scandal is due to the whopping 73 percent market share that it owns already; of which, 20 million Alexa devices are owned just alone in the U.S. This is followed by Google Home which pretty much holds the rest of the market.

The security of these smart devices has always been a very big question. But how much the voice-activated smart speakers can endanger people’s privacy; that we are going to find out right now.

A device that can start hearing you just by saying a simple command is creepy in its entirety. I mean, c’mon, we have to agree that these smart speakers are just like tapping devices that we set in our homes ourselves. Even though these smart speakers are meant to activate only when a wake-up word has been said, there have been cases where the devices have been reported to record the conversations without even a prior wake-up word. This happened with Google Mini Home when a journalist noticed the device doing recordings even when he wasn’t really using it or activated it with a wake-up phrase. Google’s lame excuse was a hardware problem which they fixed with a software update. Honestly, this is just not cool.

Accidental triggering and no security

The fact that anyone can bump into your smart speaker is creepy. Like your neighbor could check your calendar or a friend could set up an alarm without your consent. The smart speakers can also react to similar sounding trigger words. Like ‘Hey Doodle’ with ‘Hey Google.’ And sadly, the worst facet of smart speakers is that anyone who has access to the smart speakers can make a purchase. For instance, Amazon has the purchasing option enabled under default settings. There has been a case of children ordering toys without parents’ consent. In another awkward incident, one parrot was also able to order goods in London using one of these devices.

As parents, you should really avoid getting smart speakers into your home. It’s fine that you have voice assistance on your phones or Android TVs but we do know with some level of certainty that they aren’t eavesdropping on us. The smart speakers’ manufacturers need to take measures for better security. Else, there’s so much wrong that can happen.