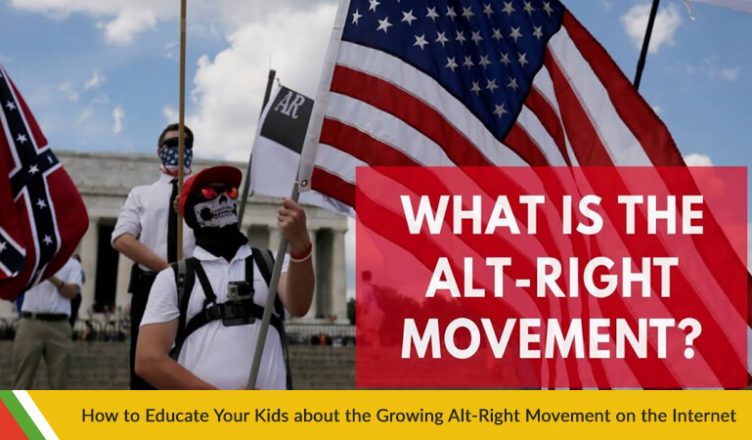 The internet is a place where everyone is allowed to share their idea relatively openly and freely compared to real life. This means that sometimes some controversial ideas and thoughts will also be shared. Over the past few years on the internet the seed of a universally disliked ideal is beginning to grow and spread its roots everywhere. Whether in the form of harmless jokes or violent political affairs no one can deny the fact that Nazism is on the rise.

The world has seen the absolute dread, fear and hatred that the Nazi Party brought to the world. It had to take the combined forces of the world to bring them down and show the world their true colors. Now that same ideology is being fed to your children though the internet and you do not even know about it. It has crawled its way up in discussions on the many forums on the internet, on social media websites and apps and even YouTube. Your children are consuming this media on a daily basis and without you knowing it are becoming indoctrinated into an ideology that has led to millions of deaths.

A Growing Real Life Threat Every Parent Should Worry About

You might have heard of the atrocious Charlottesville incident where people were killed by white supremacists, Neo-Nazis and far-right groups. These were the real life consequences of the online breeding of the Nazi far-right movement. You might be thinking right now-’Well I did not know it started out on the internet’. Well you see the entire far-right movement has arguably taken it’s rebirth on social media sites and apps and your child might as well be a part of it. Neo-Nazis have become an increasing threat to deal with. The group continues to spread hate speech and other violent agendas, while they cannot do so freely in real-life, the internet allows for them to quite openly.

How can you be sure though? If the movement has gone on undetected on the internet for so long who is to say that your child is not one of the many members of the horrible movement? No one of course wants or believes their child to be at fault ever, but if you are willing to take a more active part in your child’s life you must always gather all the facts and truths about their lives and then confront them with it if you discover anything disturbing.

XNSPY is a great way to monitor your child and observe their behavior over the internet. This parental control app allows parents to monitor parts of their children’s to them that are otherwise hidden. This allows for parents to intercept any problematic behavior and actions. Children and teenagers will not reveal their private lives to their parents and will of course will try even harder to hide their involvement in movements like Nazism from their parents. So parents need to take special measures in order to ensure.

Spread on Social Media and other platforms

You would have ever expected to see Nazism re-appear nearly a generation later on forums on the internet. The online forum known as 4chan has been more or less the center of this movement. The forum has made the news several times and still continues to do so to this day. This forum/ board began as a harmless place to discuss anime, TV shows, music and even share memes.

But over time it evolved into a place where the only rules as that there were no rules and anything was allowed. Pedophilia and pictures of underage girls were allowed on the site until 2007. The portion of the site responsible for the spread of far-right Nazi ideologies however, is the /pol/ section. This section is a cesspool of racist, disgusting, xenophobic ideologies all coming together in one place to discuss and spread ideas. It is truly one of the most hateful places on the internet.

Other places that have consistently made news for Nazi ideologies being spread is YouTube. PewDiePie, the most subscribed to channel on the website was brought under fire when he made some un-sensitive jokes about Nazism and Jews. PewDiePie was only making jokes however. Nazi ideology and imagery flows freely on the site still. Just think of how many hours your child spends a day on YouTube watching seemingly harmless content. YouTube is itself quite slow to ban such outlets. After international public outcry, the site finally banned a Neo-Nazi channel for hate speech. Imagine if not for the public speaking up, this channel would have gone on unnoticed.

So you see just how important it is to look after your kids and look at what they are watching. The content they consume on the internet has become a daily part of their lives and thus it has become even more important for you as a parent to look at what your child is doing.

If you think about it- a large portion of their lives remains hidden from you and it would continue to be this way if not for parental control apps like XNSPY. XNSPY allows you to monitor calls, texts, internet browsing history, activity on apps like Facebook and many more. The app gives you a unique look into your child’s life and allows you to intercept threat before they actually become threats.

Your child or teenager may become very politically active or even aware at some point and it is a crucial time for you as a parent to monitor whether the ideology they support is harmful or not and then talk to them about it. If you feel as if though they are hiding something from you- then you already know the means necessary to know what they are hiding. But if you feel as if they are being honest and following an ideology that is not damaging to themselves and society in general then support them in any way you can.