Skip to content
XNSPY Official Blog > Child Monitoring > Is Your Child the Cyberbully Instead? 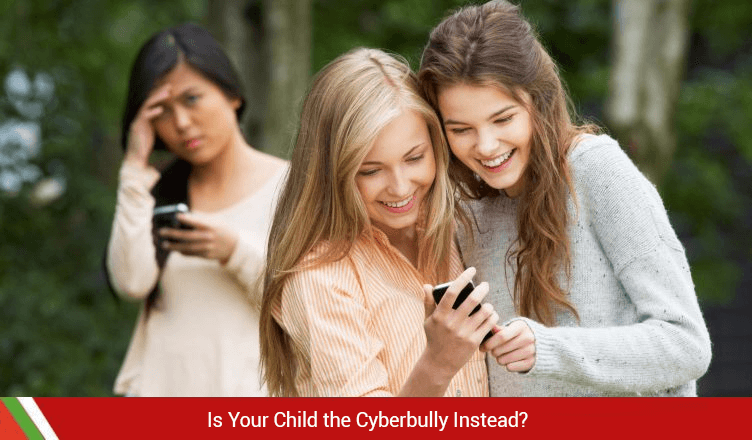 So far in this blog, I’ve talked to you about keeping your children safe from cyberbullies. Because that’s what most people in the tech and parenting realm seem to talk about. We teach our kids how not to be cyberbullied… but we don’t teach them how no to cyberbully. Because remember, cyberbullying by definition occurs between minors, which means behind every aggrieved child is the aggressor. So have you ever thought to wonder, is your child the aggressor in someone’s story?

Here’s the thing that gets me the most. Your child may not even realize that they’re bullying someone. Because the cover of a screen or a keyboard gives them the sense that they are void of accountability. Not only that, but being horrible or offensive is part of the internet culture, so your child who has grown up with it may not realize it’s wrong. They’d think leaving a mean comment on a YouTube video of a young vlogger is okay. They’d even think spreading around someone’s picture to humiliate them is okay. They might even have been at the receiving end of it. But all these acts counts as cyberbullying. Take a look at this infographic from Behance:

So if your child

They are quite simply cyberbullying.

What You Need to Do

Well, first of all, you need a way to keep an eye on your child’s online activities. A good monitoring app will let you know everything that is in your child’s phone—that’s what you need to see if your child is involved in cyberbullying to any degree.

The parent’s first instinct would be to assume that their kid was provoked into acting that way. Don’t let this be an excuse to pardon them. Reason with them and tell them of the horrible effects of being bullied. It is very important that your child understands cyberbullying. Here are some stats from Business Insider that can help them understand.

Also let them know of state laws and how much trouble they can get into if they don’t stop. They need to know that just because they are behind a computer, doesn’t mean they won’t face consequences of their wrongdoings. Another good idea would be to enroll them with causes that work to prevent cyberbullying.

Above all, teach them to respect others and to confront conflict with reason and kindness. So if you find undesirable activity on your child’s phone, stop it right away. Because the fight to end cyberbullying begins at your own doorstep.