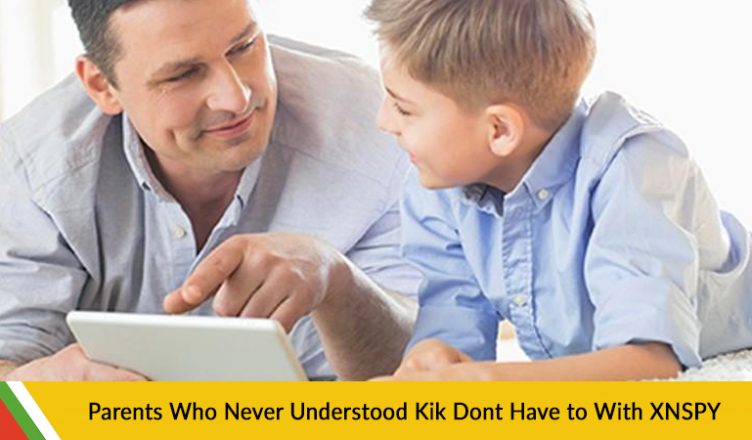 Kik is a supposed child friendly messaging app available on the App Store and Google Play store for anyone to download. Kik however is different from other messaging app. This is because Kik doesn’t require your phone number as in the likes of WhatsApp and doesn’t run on a profile type account as in the likes of Facebook Messenger. With Kik, users have a measure of anonymity unlike any other popular messaging app. Anyone can create an account under any false name, and can message anyone else*without* their approval. This creates sort of a haven for predators who think they can get away with it without getting caught.

How to Handle Kik as Parent

To know how to handle Kik, you don’t have to know or understand the details, just know that it is an anonymous messaging app. More than 275 Million users use Kik as an active messaging app, some even spend an average of 40 minutes on each ‘session’. Because of the nature of the app, ‘Kik Sexting’ is an actual thing, and has become a popular Google search term. Sexting is especially popular with Kik users, and many users use the app for just that.

XNSPY offers parents who are concerned with Kik a feature to solve their any headache they have with the app. If they’re concerned with their child’s activities on the app, XNSPY Kik Messenger parental control will help parents keep a close eye on text messages sent, received and deleted by your child.

The first feature anyone using XNSPY will find useful is the monitoring of Kik messages. With their online profile, parents will can track who their child messages and when. The timestamp feature of every message sent comes in useful. The contact details of the sender or receiver can also be viewed through XNSPY so parents are aware who their children are talking.

Kik is infamous because the nature of messaging Kik had been a part of headlines several times. Most recently, it was confirmed that Kik was used by 13 year old Nicole Lovell who was tragically murdered to an 18 year old Virginia Tech student who lured her into meeting in real life. Nicole unfortunately isn’t the only minor to become a victim because of Kik but this case highlights the increasing number of cases that involve the free and anonymous texting platform.

XNSPY as an All Around Spyware

XNSPY is not only used as spyware for Kik, but can be used to several other instant messaging apps such as WhatsApp, Snapchat and Facebook Messenger. The same procedure that you follow to track Kik messages will be used by XNSPY account holders to monitor messaging activity. Through your XNSPY account, you hold control over all these apps.