Skip to content
XNSPY Official Blog > Tech > Everything You Need to Know About the Tide Pod Challenge? 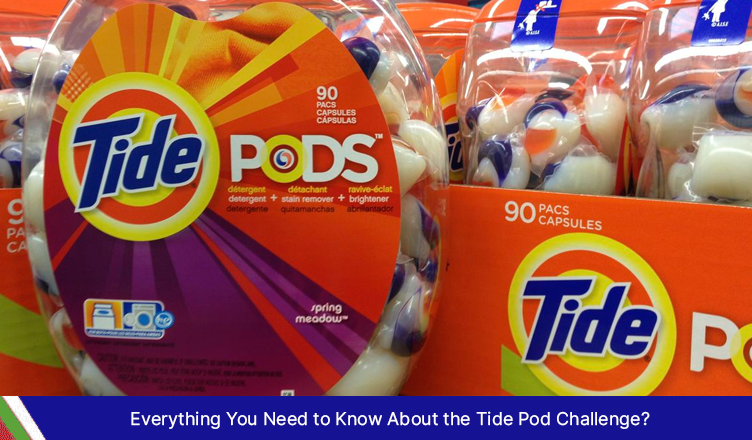 The Tide Pod Challenge… is possibly the most idiotic trend that 2018 has brought with it and the year has only just begun! If you still had some sort of expectations of faith with humanity, get ready to lose it!

Basically, the Tide Pod “Challenge” is where young people put Tide Detergent pods into their mouths, and bite down on them. The trend only began as a sort of a joke about how Tide Pods looked delicious and looked like they could be eaten.

Now this whole issue is sort of two pronged. There are obviously those who know it’s a joke and share pictures, memes and videos of Tide Pods being presented as a delicacy and something delectable. They assume people aren’t actually dumb enough to go along with it so they share memes and jokes about it without realizing that it’s actually a problem. There are also those who are naïve and gullible, people who bought into these trends thinking, hey, this seems like it could be worth trying.

There are actual videos of people, mostly teenagers putting Tide Pods in their mouths and then biting down.

We hope this isn’t news for anyone but putting laundry detergents in your mouth and ingesting it is a BAD IDEA. Detergents are poisonous.  You would assume that this really isn’t a problem and people aren’t actually a real problem but it actually is.

According to them American Associations of Poison Control, in the first 11 days of 2018, there had been 40 reported exposures to liquid laundry detergent pods by 13-19 year olds. That figure represents 20 percent of the total number of similar incidents in the entire year of 2017.

Tide is dealing with the issue in a way, sort of. They teamed up with New England Patriot’s Rob Gronkowski to tell teens in a video that eating toxic laundry detergent is bad. You have to be told to not eat things that will kill you. This just sprouted more memes and pictures involving eating tide pods that poked fun at the entire concept of the trend.

Tide’s parent company, Procter & Gamble said in a statement that it is “deeply concerned about conversations related to intentional and improper use of liquid laundry packs”

“Laundry pacs are made to clean clothes,” Proctor & Gamble spokeswoman Petra Renck said in the statement. “They should not be played with, whatever the circumstance, even if meant as a joke. Like all household cleaning products, they must be used properly and stored safely.”

So far in 2018, there have been 37 reported cases among teenagers — half of them intentional, according to the data.

Children who have been exposed to the capsules have been hospitalized with vomiting, breathing difficulties and loss of consciousness. And the consequences may be much worse. Since 2012, eight fatalities have been reported among children 5 and younger, according to the American Association of Poison Control Centers.

It truly is a testament to Darwinism, if you are 19 and are intentionally eating something that will kill you, then maybe you don’t deserve the warning? But then think of the impressionable younger audience who are still part of the entire meme culture and are still exposed to popular culture on the internet.

Kids who are 9-13 might not actually know that it may be harmful to ingest laundry detergents.

The Actual Harm Tide Pods Do

Anyone with preexisting conditions who are not aware of them can have several complications if they ingest laundry detergent pods. Teens might not need feel they need to go through a thorough physical exam which might lead to their asthma to a higher risk of complications.

Why Exactly Are People Even Eating Tide Pods?

The trend, which is now mostly likely over, started and existed on the entire premise of Tide Pods looking like candy and something you’d want to eat. Why people followed and made a meme out of it is because if you actually were gullible enough to eat Detergent pods, you were probably stupid enough to not know how harmful it was. It was a joke that got out of hand and the people who made the joke probably didn’t assume that people were gullible enough to do it.

Keep an XNSPY Eye on Your Kid

Chances are that your kid was young enough to still be in on the trend but not know that it was all a non-elaborate joke. Young children would be the most in danger because of this trend. They might secretly go and try out the Tide Pod for themselves only to find out that it made them sick. They might not even tell you that they’re sick because they might be scared that you would be angry at them.

To avoid all of this unnecessary set of affairs, all you need to do is install XNSPY on yours and their devices. With XNSPY, you’ll be aware of their browsing history on their devices so you’re aware of the trends they are following and what their interests are. If for example they get into some suspicious shady thing that you know is harmful, you can intervene and just talk to them about the dangers and prospects of what they’re getting into and what not.

Maybe just bring the subject up randomly some day at a dinner conversation, just in a way that will force them to make the decision of discontinuing their interest in something. That is how they’ll actually grow up to learn so that eventually they won’t have to be told that eating toxic laundry detergent is actually a very stupid and harmful thing to do!