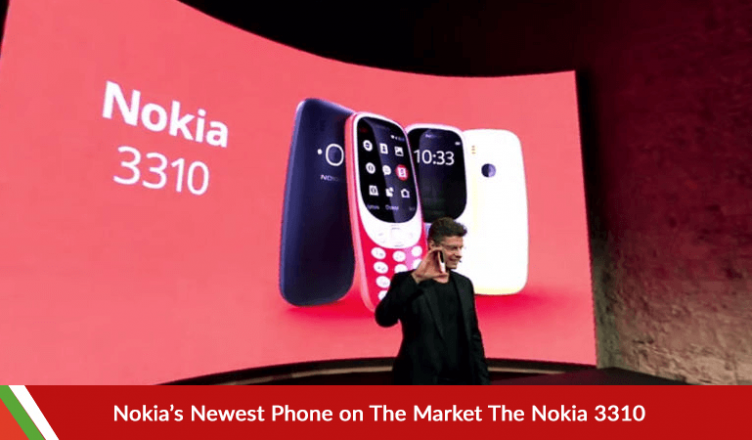 The indestructible tank of a phone is back in the market with modern upgrades.

The Nokia 3310 was perhaps at one time the most popular phone of all time, selling over 126 million units worldwide. With its iconic ringtone, the never ending battery life, impenetrable build and Snake 2, it became a household name and property. Nearly everyone old enough to own a phone had one.  Nokia now betting on people’s nostalgia, have revived the phone with a modern design and edge and hope people will give the phone the same love it once had.

The design is a homage to the iconic handset with a tweak here and there.  A camera has been added in the back and the phone has curvier edges, with much of the bulk reduced so it makes it more comfortable to be in the pocket. When you’re carrying this phone around, you won’t even notice it’s in your pocket. The slimming down has resulted in a weight of 79.6 grams, lighter than the 137 grams original.  It is still made of plastic, which keeps the price lower. Nokia purists may be disappointed in the design and would rather have it in its original design but the new design with its range of colors help bring in a new, uninitiated audience.  The design despite its criticisms is practical and comfortable.

The plastic design and body isn’t just to cut costs, it provides a practical grip unlike other modern phones and users will rarely find themselves dropping the phone ( even though it would likely survive the fall).

The color choice is obviously the original dark blue and new grey and yellow and warm red colors.  These colors mirror the color palette the Nokia Lumia series.  The traditional dark blue is what people prefer and would buy and it seems like Nokia knows this because that is the model that is most available.

It is a nice design and feels fresh, but who exactly is this phone for? In this age of better and faster, why would Nokia invest in something that has a non-touch-screen display, that is only 2.4 inches big and that has a 2.4 megapixel camera, and you know the same entry level phones in the same can offer a 720p HD display? Well Nokia doesn’t have any illusions of grandeur; they know what they’re doing.

This phone is clearly for people who are nostalgic. That pretty much is it. And with the $65 price tag, they hope people have nostalgia enough. Also for people who need a secondary phone to their smartphone in situations where having a smartphone might be dangerous such as a festival or any public event or even in unsafe neighborhoods, no one would go through the trouble of swiping your Nokia 3310.

The Nokia 3310 2017 is a feature phone, released to fulfill nostalgia and it if you’re willing to spend $65, it is perfect for a secondary phone.