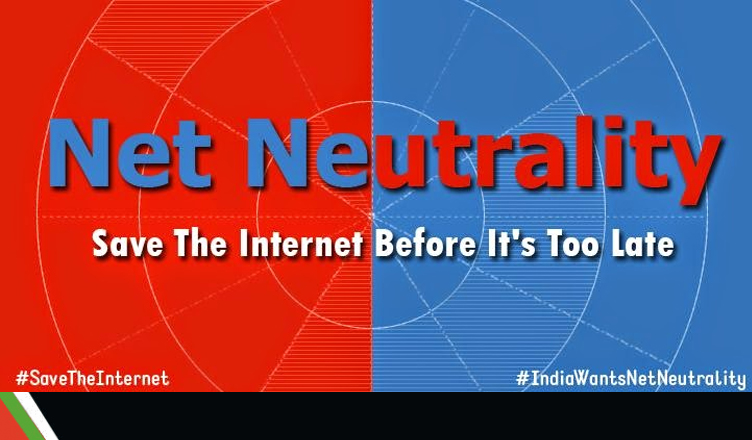 Net Neutrality is in danger of being repealed yet again as the Federal Communications Commission and their chairman, Ajit Pai, are looking to undo all of the efforts made in 2015 of the Open Internet Order by stripping away all legal foundations.

Only two years ago the Federal Communications Commission once and for all went for a completely legal move to adopt a free and open Internet by accepting the Open Internet Act and only a year ago did courts solidify movements to uphold real net neutrality proceedings. Ajit Pai has however endangered a safe and uncensored internet again by bringing the issue back.

If Ajit Pai caves under Internet Service Provider pressure, the internet will never be a place of freedom, freedom of self expression and open as Internet Service Providers will create Internet fast and slow lanes. Fast lanes for those who can afford it and slow lanes, meaning slow internet speeds for anyone who can’t afford paying a higher price such as startups, schools, libraries, non-profits and almost the entire working class.

The same internet service providers will then choose what website you can visit, and choose what you can’t and will censor whatever they think you shouldn’t be allowed to see. Meaning that if you haven’t bought a ‘package’ of websites, anything outside that you won’t be able to see.

The Internet Under Threat: Net Neutrality

Instances where regulations have been proposed to censor the internet or limit its use have been around always, such as 2012’s SOPA and 2014’s Internet Slowdown Day. These days and regulations proved that if you mess with the internet, people will protest and rise up, defending their right to a free and open internet. These regulation proposals were rejected as a result of internet outcry.

And now we need to protest like never before.

What Can I Do to Save The Internet?

The internet was built on freedom of expression therefore we cannot, must not, abandon our principles to allow Internet Service Providers such as Comcast, TimeWarner, Charter etc to be the gatekeepers of the Internet, allowing us to see what they allow only after you pay them. With what you pay, you should have the entire internet to you, not just the version the ISPs have decided for you.

How to Fight Internet Service Providers for Net Neutrality

Some large ISPs will try and it make it look like that they support Net Neutrality but will say they just want the FCC to enforce a version of censorship laws under legal foundations to support investment for up and coming technologies. That is, for a lack of better, not true. Comcast, AT&T and any other large internet service provides know full well that if the FCC denies ISP’s pressure and declares the internet as an information service, their censorship plans will eventually fail, like last time.

The same ISPs have fed millions into Congress to ensure that no real net neutrality law is passed.

The FCC has to be convinced to a free and open internet where users are not discriminated by the internet providers and we certainly can’t let ISPs such as Comcast, AT&T and Charter totally overlook Title II (the actual legal arrangement for existing net neutrality rules).

See Also : How Can I Track Internet History On a Cell Phone?

To put it in the simplest way we can, imagine your TV and cable subscription. You know how you feel that there’s never really anything on TV and you constantly ask yourself: “Who watches this? Who is this for?”. The cable provider gives you a set of channels and you’re only allowed to view those channels unless you buy subscriptions to more. On TV, you’ll see packaged, reformed and prepared material presented to you. Anything too edgy or out of line can be fined, censored or straight up banned.

It is an illusion of choice that cable providers give to consumers, and now the Internet Service Providers and want to apply the exact same methods and techniques used with cable, on the internet. The internet that they provide, which certainly means that they are not the owners of it, you are. It’s like being told how to live In your house, or rather being forced to.

Internet Service Providers only want to section off, chop up and sell different parts of the internet to sell the good parts to the people who can afford the ‘good parts’. The bad parts will be for people who cannot afford the good parts. The bad parts will include throttling(sudden drop in internet speeds depending on imaginary data limits Internet Service Providers think you’ve crossed), no access to a website you want to access, so you might be left off from information that would aid in your education and learning. You will be purposefully left behind just because you can’t afford a better version of the internet; the ‘good part’.

This will no doubt create rifts between the population’s growth and education and will create enmities between people who can afford a better internet package versus who cannot.

We can let this happen. Raise your voice and fight!

From us here at XNSPY, we support Net Neutrality!

To fight for your right, click here to contact you lawmakers and the FCC to stop the ISPS from censoring OUR internet.